May 7, 2013
In January, Christians everywhere were saddened to learn that Pastor Louie Giglio, founder of the Passion conferences and Passion City Church in Roswell, Georgia, withdrew from delivering the prayer at Barack Obama's inauguration ceremony. The pastor was under intense criticism from gay rights activists for a sermon he had preached 20 years prior that argued homosexuality was a sin. Giglio had also contended that Christians should respond to the 'aggressive' homosexual agenda, while also stressing that all people are sinners and in need of the healing power of Christ. [1]

Nevertheless, despite Giglio's sermon of doctrinal integrity coupled with compassionate sensitivity toward homosexuals, the pastor was labeled as a bigot and gay activists insisted that he be excluded from the inaugural program. Of course, the Obama administration was apologetic, saying that they had been unaware of Giglio's remarks and promised to find a replacement.

Only days ago, gay activists targeted evangelist Greg Laurie and requested that government officials rescind their invitation for him to lead the National Day of Prayer-related events in the nation's capital. [2]

Laurie too believes and has preached that same-sex relationships are sinful. Thus, he incurs the wrath of the Human Rights Campaign (HRC) and OutServe – SLDN, both advocates for gay rights, charging the evangelist is "out of step" and proclaims a "blatantly anti-LGBT message." [3]

Unlike Giglio, however, Laurie did not back down and would go on to lead the National Day of Prayer activities.

Next, enter the announcement of NBA player Jason Collins that he is gay, which becomes a major national news story. Collins said he was raised as a Christian and didn't believe his homosexuality was inconsistent with the teachings of Christ. But when ESPN analyst Chris Broussard was asked how he felt about Collins claim, Broussard rightly said that Collins assertions were "in open rebellion to God and to Jesus Christ." [4]

For his remarks Broussard was castigated by the liberal press as a homophobe and gay activists called for his firing or suspension from ESPN.

These events of late prove, without question, that the normalization of homosexual behavior in the culture and the legalization of same-sex marriage will inevitably usher in a flood of religious persecutions for Christians who dare say homosexuality is a sin. Touting as they have that gay rights are about civil rights, the LGBT community deceives the public into believing every born-again, God fearing, Bible-believing, follower of Jesus Christ is worse than an prejudiced Archie Bunker type idiot.

A little more than a year ago, when North Carolina was in the middle of a campaign about whether to approve a constitutional referendum defining marriage as one man and one woman, Ethics and Religious Liberty President, Dr. Richard Land, visited the state in support of the constitutional amendment and told an audience at Southeastern Baptist Theological Seminary:

Still not convinced such pain is inescapable for those who would walk in the light of God? Consider the case of Ms. Baronelle Stutzman, who is a devout Christian that runs a flower shop in Richland, Washington – a state where same-sex marriage is legal. Recently, Ms. Stutzman was asked by a homosexual customer to provide flower arrangements for a same-sex wedding ceremony. Ms. Stutzman with grace and kindness politely declined, explaining that her conscience and personal relationship with Christ prevented her from any involvement with a same-sex union. She and the customer hugged and parted.

Yet, as a result of her unwillingness to accommodate the customer, Washington state's Attorney General, Bob Ferguson, filed charges against this sweet elderly Christian lady – charges that sought both a monetary judgment and an injunction to force her to violate her Christian convictions. [6]

Ms. Stutzman has continued to stand strong. Nevertheless, it's truly sad that this kind of persecution – not just from homosexual activists but from the government – can be expected as the gay lifestyle gains acceptance and marriage is redefined as a genderless institution. 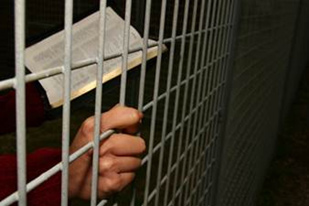 Unfortunately, very few people understand why such persecution is inevitable for those who would reject same-sex marriage. The reason is because the legalization of gay marriage doesn't simply facilitate the ability of homosexuals to marry along-side of heterosexuals; instead it legally redefines the institution of marriage for everyone. No longer is marriage between a man and a woman, but between two adults – regardless of gender. Therefore, this presents a radically different paradigm resulting in a myriad of societal conflicts that government uses its broad enforcement authority to resolve. In other words, if citizen Christians with small businesses or Christian organizations and ministries are unwilling to comply with this new legal orthodoxy on marriage, then such are outside of the law and vulnerable to the government's coercive powers to bring them into compliance.

For many years, Christians in this country – one largely based on Christian values – have had it relatively easy and not experienced serious bouts with persecution. But that may soon change if America continues its rapid decline into paganism.

This writer is not conceding to the so-called inevitability of gay marriage. But his point is that regardless of what happens on that front, every genuine believer must always like Shadrach, Meshach and Abednego, purpose in his heart that he will not bow down to Nebuchadnezzar's image.

Expect the backlash for a faithful Christian stand. Be ready at all times to be thrown into the fiery furnace. Embrace the Cross. There are prospects of grim persecutions that may be unavoidable.