Self-government comes from the heart and the conscience, one's character, motives, affections, and convictions of life. Self-government affects everything in a person's life – the way one relates to his fellowman – his speech – his aspirations – his conduct – his hopes – his future. And every sphere of civil government is just a reflection of this internal sphere.

No government can be good or just unless its rulers and citizenry have learned to govern themselves. In fact, the more self-government the people possess, the less external forms of government are actually needed. The book of Proverbs in the Bible states this principle, arguing, "He who is slow to anger is better than the mighty, and he who rules his spirit, than he who captures a city" (Proverbs 16:32).


Whenever people in a nation are not given to the principle of self-government, this inevitably precipitates the need for more laws – more rules – greater exertions of power – more government – much of which begins to reach far beyond its jurisdiction and role – the spending of more money – greater centralizations of power that threaten and even destroy both individual and corporate liberties.

No person argued this principle more passionately than Samuel Adams, also known as the "Father of the American Revolution." Adams advocated that freedom could not be maintained outside of virtue and morality – the nuts and bolts of internal government. In a letter to James Wren in 1779, he wrote:


"A general dissolution of principles and manners will more surely overthrow the liberties of America than the whole force of the common enemy. While the people are virtuous they cannot be subdued; but when they lose their virtue they will be ready to surrender their liberties to the first external or internal invader...If virtue and knowledge are diffused among the people, they will never be enslaved. This will be their great security."


"Neither the wisest constitution nor the wisest laws will secure the liberty and happiness of a people whose manners are universally corrupt."


America's Constitution is the greatest compact of government ever written in human history. Our nation's laws have served its people, providing more liberty and prosperity for its citizens than any other, making us the envy of the world. Yet, we have never seen a time when there was more lawlessness in our streets, our economy in greater peril, more corruption in government, and the shredding of our constitutional freedoms.

The Democrats have blamed the Republicans. The Republicans have blamed the Democrats. One presidential administration blames a previous one for all the current woes, while it demonstrates no policy initiatives superior in its own right. The people have blamed their leaders. Nevertheless, the primary source of our trials and tribulations is the darkness of our own hearts. We are, without question, a wayward and sinful people.

What commandment of God is not so spurned by our culture that it does not appear that we have sought to generally abolish its supremacy over us.

Idolatry? Secularism and Humanism supplant the God of heaven with a new authority that says that every man should be his own god and each should do that which is right in his own eyes.

Taking the Lord's name in vain? Not only is His precious name used constantly as a profanity, but worse still even clerics put untrue words in the mouth of the Almighty and attribute those falsehoods to Him.

Observance of the Lord's Day as a holy day – the one day we make His business our primary business – the one day we desperately need for worship, rest, and family? Sunday in our culture is basically now like any other day of the week.

Honor your father and mother? Gay marriage thumbs its nose at this command by making one or the other irrelevant.

Don't murder? Over 50 million babies have been destroyed before they could see the light of day.

Don't commit sexual immorality? It's so much a part of the fabric of our society, we even teach our kids in school how it supposedly might be done safely.

You shall not steal? Gambling, which is swallowing up every state in the nation, is nothing more than a sucker's game of mutual theft – a fleecing of the most vulnerable among us.

Don't bear false witness – don't lie? We've lied to one another so long the truth has become an insult, a joke, or an offense – the victim of political correctness.

Don't covet? This is the mother of all sins among us. The greatest of our affections, our pursuits, is for more money, more materialism, more, more, more. Many might seek to deny it, but we certainly judge most of life by the things we possess.

It's most unfortunate that these descriptions fall enormously short in describing the severity of our decline. But any current newspaper today will reveal headlines that the majority of us who have lived for 50 years or more never dreamed we would see.

What about the role of our churches in the nation's moral delinquency? Unfortunately, our churches have contributed significantly, either by our own various forms of unbelief, corruptions of Christian doctrine, or neglect to make disciples – our failure to faithfully address the educational, economic, social and political institutions of our time with the Word of God.

In 1799, the "Father of American Geography," Dr. Jedediah Morse, who was also a Minister, eloquently expressed in a sermon the responsibility of the church, coupled with a solemn warning:


"To the kindly influence of Christianity we owe that degree of civil freedom and political and social happiness which mankind now enjoys. In proportion as the genuine effects of Christianity are diminished in any nation...in the same proportion will the people of that nation recede from the blessings of genuine freedom, and approximate the miseries of complete despotism. I hold this to be a truth confirmed by experience. If so, it follows, that all efforts made to destroy the foundations of our holy religion, ultimately tend to the subversion also of our political freedom and happiness. Whenever the pillars of Christianity shall be overthrown, our present republican forms of government, and all the blessings which flow from them, must fall with them." 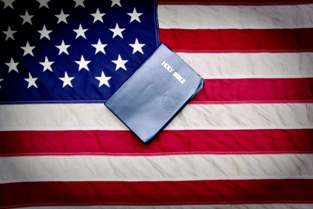 A return to the great principles of self-government is the only hope of saving America from the ever creeping advancements of tyranny and despotism. This cannot – this will not happen unless the churches are clean and the nation turns to God in Christ.

Without a revival in the churches – without a spiritual awakening throughout the land – self-government – the foundation of a civil government that protects the unalienable rights of the people – shall perish from the earth.