September 15, 2014
Shopping along one of the isles of a local grocery store, I noticed a mother harshly handling a child. She had raised her hand to strike the youngster across the face until she saw me observing her. She shouted at the child and wagged her long finger in his little face. I didn't see what may have provoked the mother, but I knew her reaction was way over the line. Her behavior clearly demonstrated the shallowness, even the darkness, of her own character.

What is true for individuals can also be true for a nation. Nelson Mandella, the former president of South Africa once said, "There can be no keener revelation of a society's soul than the way in which it treats its children." [1]

By this standard, America is certainly weighed negatively in the balances.

Children are the most innocent and vulnerable among us. Yet we throw away their lives in the practice of abortion by the thousands every day. Despite the arguments that what resides in a mother's womb is just tissue and not human, despite contentions for a woman's so-called right to privacy, despite the claim that the issue is political and social rather than personal or moral, despite the fact the US Supreme Court has made it legal, abortion is the destruction of another human life.

"Abortion would virtually disappear tomorrow if it were not for the willful violation of God's great charter of marriage and purity. The abortion problem begins with a rebellion that says, 'I will do as I please for pleasure. I reject the limits prescribed by God in favor of personal satisfaction." [3]

Mother Teresa said during the National Prayer Breakfast in 1994:

"I feel that the greatest destroyer of peace today is abortion, because it is a war against the child, a direct killing of the innocent child, murder by the mother herself. And if we accept that a mother can kill even her own child, how can we tell other people not to kill one another?...Any country that accepts abortion is not teaching its people to love, but to use any violence to get what they want." [4]

In the Old Testament book of 2 Samuel is the story of King David's adulterous affair with Bathsheba. David wouldn't take responsibility for his sexual immorality when it was discovered that Bathsheba was with pregnant with his child. Instead he sent Bathsheba's husband to the front lines on the battlefield to be killed as a part of his cover-up. We think to ourselves that was a wicked thing for David to do. Indeed it was. Yet today, many do worse. Rather than take responsibility for their sexual immorality, they kill the baby.

What kind of people in pursuit of their own devices and selfish endeavors would destroy their own children – their own future?

We would redefine marriage to nullify in culture and in law the single most fundamental need of any child is that of a mother and a father.

Some time ago I sat across from a young woman at a restaurant who was an avowed Lesbian. In the privacy of that moment she asked me to succinctly state my opposition to same-sex marriage. I responded, "Can you honestly tell me your father was unimportant to your life?" Again, I asked. "Can you honestly tell me your mother meant little to you?" A single tear began to stream down her face. She had grown up in a home without a father. She had often grieved over the matter. She suddenly realized that both a mother and a father were indispensable.

I tenderly explained to her that same-sex marriage purposely deprives a child either of a mother or a father. Same-sex marriage asserts that gender is unimportant and unrelated to the well-being of children. Nevertheless, gender is critical. Many men make good Dads, but no man can ever make a good Mom. Many women make good Moms, but no woman can ever make a good Dad. Because God made us male and female, children need both a Mom and Dad and there is a mountain of social data to prove it.

What kind of nation would grant state-sanction to a public-policy that purposely deprives children of what is singly most fundamental to their raising?

We celebrate debauchery and reward our youth for recklessness. Recently Anheuser-Busch flew 1000 young people to Crested Butte, Colorado, for a beer fest as part of an ad campaign. The brewing company paid the town a half-million dollars to paint the streets blue like Bud Light beer, put in hot tubs, concert lights and provided all the beer the young people could drink.

Binge drinking is a major problem on college campuses, resulting in more than 2000 college students deaths each year. Alcohol puts youth at greater risk for academic failure, legal problems, and physical problems. It puts them at a higher risk for sexual assault, suicide, homicide, alcohol related car crashes, unintentional injuries, abuse of other drugs, and much more.

Elizabeth Urquhart, who is the Senor Director of Phoenix House in San Diego, a treatment center for drug and alcohol addiction, said the event in Crested Butte sends a terrible message to youth. She wrote:

"We as parents, government officials, educators, and a society, need to be educating our young people about the risks inherent in college-age drinking and working to prevent it – not celebrating it. How can community leaders credibly tell kids to stay away from alcohol after sanctioning a weekend that credits it as the source of a good time?" [5] 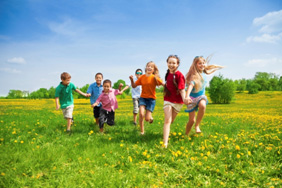 What kind of people are willing to put their most precious treasure, their young people, at serious risk for a fall in life, when someone comes along and offers a lot of money? That's what happened in Crested Butte, Colorado.

Take it from me, someone who has been addressing alcohol policy for more than 15 years and currently serves as president of the American Council on Alcohol Problems, the principle of what happened in Crested Butte is not uncommon when it comes to alcohol policy in this country.