Rev. Mark H. Creech
'Dance with the ones that brung ya'

February 7, 2015
It's a given that most conservative evangelical Christians are supporters of the Republican Party. In his book, Politics: According to the Bible, Wayne Grudem states why this is generally true.

He notes that Republicans are dominated by those who favor smaller government, lower taxes, a strong defense, the promotion of democracy, the promotion of free market principles, and traditional morals that oppose abortion and policies that undermine the institution of marriage and the family. These stances, he says, seem most consistent with a biblical worldview.

On the other hand, the Democratic Party is dominated by people who favor just the opposite – policies that work for larger government, higher taxes, rely more on negotiations with our enemies rather than having a superior military force, the promotion of a more Socialist-leaning economy, and opposition to biblical moral standards on abortion, gay marriage, etc. These stances, he contends, are at odds with a biblical worldview.

Grudem is right on all accounts. There are certainly other issues pertinent to the point, nonetheless, these are basic.

In the last election, exit polls revealed that conservative Christians showed up in large numbers and played a major role in the election of Republican candidates. Ralph Reed, founder and chairman of the Faith and Freedom Coalition, declared in a statement, "Conservative voters of faith were the largest constituency in the electorate in 2014...Their share of the electorate exceeded that of the African American vote, Hispanic vote, and union vote combined. Religious conservative voters and the issues they care about are here to stay. They will be equally vital in 2016. Politicians of both parties ignore this constituency at their peril."

So why do some of North Carolina's most prominent Republicans seem intent on betraying the confidence placed in them by such a large and influential voter block?

Even a book as simple as Politics for Dummies argues a fundamental principle of successful politics is to "dance with the one that brung ya." All too often the one elected forgets which people were with him or her when they were needed the most. Once in office newfound friends offer their encouragement, help, and support. Others also seek to allure the place of power. Nevertheless, to court or esteem these at the expense of the ones who brought the candidate to the ball can only be perceived as a form of political infidelity.

Although it occurred before the last election (2010), conservative evangelicals in the Tar Heel state are still in dismay over Sen. Richard Burr's decision to support the repeal of the "don't ask, don't tell policy" regarding gays in the military. Burr said he thought repeal of the policy was generationally right. But Christians believe that God is the same from age to age. One can't thumb his nose at what God says is exceedingly sinful and expect a positive result.

Since the repeal of "don't ask, don't tell," the Family Research Council has rightly claimed it has resulted in a rising rate of sexual assault where most of the victims were not female, but male.

In 2011, Rep. Renee Ellmers came out against North Carolina's proposed amendment to its constitution defining marriage as one man and one woman – an amendment that would pass at the ballot box by 61 percent in 2012. Ellmers said the amendment went too far in that it didn't allow for civil unions.

Only two weeks ago, Ellmers, who vehemently claims to be pro-life, essentially derailed the Pain-Capable Unborn Child Protection Act – a measure that Concerned Women for America called, "one of the most crucial pieces of pro-life legislation since the passage of the Partial Birth Abortion Ban." The legislation would have banned abortions after 20 weeks – a time when it's believed the fetus can actually feel pain in the womb.

Saving babies, however, from the excruciating pain of literally being torn from limb to limb in an abortion failed to trump Ellmers' unfounded concerns over a rape and incest reporting requirement in the bill. Moreover, her actions essentially quashed the measure during the March for Life, when thousands of pro-life activists were in Washington and eagerly awaiting its passage by Congress on the same day.

Now Ellmers despicably contends the natural response of shock, anger, and disappointment of pro-lifers to her betrayal was "abhorrent" and "childish."

In 2013, Governor Pat McCrory, who ran for office as pro-life, surprisingly promised to veto an abortion bill that the North Carolina General Assembly was poised to pass, unless it was modified to address concerns from the Department of Health and Human Services, and assuage worries the legislation would limit women's access to abortion. The promise of his veto was not only stunning, but also severely weakened the measure.

The final version of the legislation was signed by the Governor and did many good things. Still, if the Governor had left the matter alone and not threatened a veto, the bill as it was originally crafted would have closed most abortion clinics in the state.

Last year, the Governor vowed to sue North Carolina's legislative leadership over charges they were encroaching upon his powers by their appointment of members to independent state commissions. Yet, when a federal judge egregiously overreached by enjoining the state's constitutional Marriage Amendment and forced same-sex marriage on its people against their will, the Governor's silence was flabbergasting.

Concerning his recent state of the state address, John Rustin of the North Carolina Family Policy Council released a statement, saying, "While we appreciate Governor Pat McCrory's service to the State of North Carolina, we are deeply distressed by the complete omission of critical issues related to family, faith and freedom in his State of the State address. At a time when our citizens are seeking strong leadership on the issues of sanctity of human life, marriage, and religious liberty, the Governor stands silent."

Are these examples representative of a new evolving face for the Republican Party, or just exceptions to the rule? They may be North Carolina specific, but they're not limited thereto. Gauged by the actions of most Republican leaders, whether on the national or state levels, the answer would seem to be they are not the standard. On the other hand, time will tell. 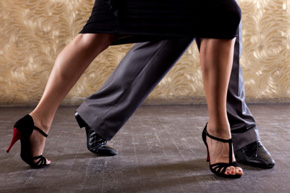 Last October, Mike Huckabee appeared on a radio program of the American Family Association. The former Governor of Arkansas was discussing the argument made by some in the Republican Party that Republicans need to move away from opposition to social issues like gay marriage. Huckabee's response amply described the sentiment of most conservative evangelicals: "If the Republicans want to lose guys like me – and a whole bunch of still God fearing – Bible believing people – go ahead and just abdicate on this issue, and while you are at it, go ahead and say that abortion doesn't matter, either...because at that point you lose me. I'm gone. I'll become an Independent. I'll start finding people that have the guts to stand. I'm tired of this."

These words should not be perceived as a threat levied at Republican leaders, but only a statement of inevitability. If Republicans move away from conservative evangelical Christians and tango with the left on social issues, no Judas kiss is going to make everything alright. They'll find themselves abandoned on the dance floor and with no ride home.