Rev. Mark H. Creech
Leadership with the heart of a mouse

March 19, 2016
The true strength of men is not determined by muscle, militarily, or political might, but by the kind of heart carried inside of them. Nothing can ever substitute for character – nothing – it's at the center of everything!

A great story that illustrates this truth can be found in William J. Bennet's, The Moral Compass. It reads:

"Once there was a little gray mouse. He lived in the same house as an old gray cat. The little mouse was afraid of the cat.

"A fairy heard the little mouse say this. She felt sorry for him. She turned him into a big gray cat.

"At first he was very happy. But one day a dog ran after him.

"Again the fairy heard him. She felt sorry for the old gray cat. So she turned him into a big dog.

"Once more he felt happy. Then one day he heard a lion roar.

"Off he ran to the fairy.

"'Dear fairy,' he said, please turn me into a big, strong lion.'

"Again the fairy was sorry for him. She made him into a big, strong lion.

"One day a man tried to kill the lion. Once more he ran to the fairy.

"So saying, she turned him back into a little gray mouse, and away he ran to his old home."

In 2008, Barack Obama, a Democrat, won the Presidency of the United States with both chambers of Congress controlled by lawmakers from his own Party. After two years of his radical and fearful progressive agenda, Republicans said to the country, "Make us the powerbrokers."

So in 2010, the American people gave Republicans more seats in the election than any other since 1938. Republicans controlled the House seats, and Democrats had the smallest number of House seats, since 1946.

But the fearful left-wing agenda of the President went unabated.

Therefore, the Republicans said, "We must have the Senate too." So in 2014, the American people gave Republicans not only more seats in the House since World War II, but also granted them the Senate, giving them full control of Congress.

Still, over and again, Republicans caved to the President's fearful schemes – one time, two times, three times, and even more.

These same leaders now seek control of the Presidency, and rightfully so. But an angry American electorate responds, "These men have only the heart of a mouse. And Mice they will likely stay."

We crave a lion!

But aren't lions predators too? Aren't they also to be feared? Moreover, lions are not impervious to their own unique dangers. 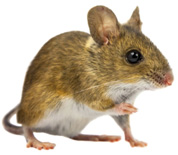 What are needed are men – men and women leaders who have brave and sturdy hearts that beat for God.

That's not to say we need a pastor-in-chief, or a Sunday School teacher-in-chief. Nonetheless, it does mean we should at least be looking for someone in whom humility dwells – someone that acknowledges their own human limitations – someone that is in touch with their own failures and frailties and aspires for the Divine – someone that knows God is God and man is man.

Only a person who truly fears God knows there is nothing else to fear. Only a people who fear God supremely would elect such persons to lead them.

In both the book of Proverbs and from the words of Jesus we learn it's out of the heart that life's issues proceed, which is also a way of saying nothing can ever substitute for character – nothing – it's at the center of everything!