July 31, 2016
Last week, the well-known former pastor of NewSpring Church in South Carolina announced via a Facebook video that he was checking into a treatment center. Perry was fired from the mega-church with an attendance of 30,000 earlier this month for an alcohol addiction.

According to the Christian Post, NewSpring Church Executive Pastor Shane Duffey said that the executive pastors over a period of months confronted Noble about his increased reliance on alcohol. Because he didn't take the necessary steps toward correcting his course, he was "no longer qualified as outlined in I Timothy 3 and the church bylaws to continue as pastor of the NewSpring Church."

While serving as Pastor, Noble took the position that the Scriptures do not prohibit the use of alcohol, but only prohibits drunkenness – a common view among many Christians today.

It's the same view touted in a video posted this week by the pastor of the Arizona-based Trinity Church, Mark Driscoll. Driscoll, also exceedingly well-known, said he didn't think that the abstinence position "is a good one."

Noble, who has been affiliated with Southern Baptists, would do well to embrace the admonition of the Southern Baptist Convention’s resolution against alcohol approved in June of 2006. Neither would the principles in the resolution hurt Driscoll to adopt either, or any other minister of the Gospel.

The resolution reads, in part:


"WHEREAS, The use of alcohol as a recreational beverage has been shown to lead individuals down a path of addiction to alcohol and toward the use of other kinds of drugs, both legal and illegal; and

"WHEREAS, There are some religious leaders who are now advocating the consumption of alcoholic beverages based on a misinterpretation of the doctrine of 'our freedom in Christ' now, therefore, be it

"RESOLVED, That we urge Southern Baptists to be actively involved in educating students and adults concerning the destructive nature of alcoholic beverages; and be it finally

"RESOLVED, That we commend...and promote abstinence..."


In his video, Driscoll contends that Jesus made wine and shared in drinking wine. He said the total abstinence view is a difficult one to maintain scripturally because sometimes God's people partake in alcohol consumption – even in worship to God.

Driscoll is right that Jesus made wine, but there is absolutely no biblical evidence that the wine he made was intoxicating. That assessment is purely a matter of personal speculation and interpretation.

Driscoll is also right that wine drinking is often mentioned in the Bible in positive and not just negative ways. However, what is frequently not understood is that our English translations make no distinctions between words denoting different kinds of wine. In some cases, the references are to sweet, unfermented wine – something positive. In other cases, the references are to alcoholic wine – something quite negative.

There are those who will say that this view of a "two wine theory" has been thoroughly disproven. Hardly! It may have been disapproved of by many, but never disproved. In fact, there is considerable ancient documentation, as well as biblical evidence to support the view. Nevertheless, even if this theological stance could be completely debunked, there would still be more than enough reasons drawn from common sense to support the position of abstinence.

In a recent edition of The American Issue, a newsletter of the American Council on Addiction and Alcohol Problems (ACAAP), Jamie Morgan, a former alcoholic, has penned an insightful article titled, "50 Reasons Why I Don't Drink."

An Assemblies of God minister, Morgan says that her article "is not a theological defense on the topic of Christians and alcohol (another article for another time)," but instead "a heartfelt plea." She continues, "I humbly ask you to table any knee jerk, pro-alcohol, fight-for-my-right-to-drink arguments that you have ever heard, or made, and prayerfully consider this list.

Here are the 50 reasons she gives for abstaining from alcoholic beverages: 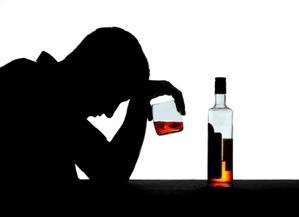 These assertions may be intellectually beneath the supposedly more educated, the more scholarly, but there is one fact that cannot be denied. Though Christian compassion requires that prayers be offered and support provided for the restoration of Pastor Perry Noble, this man of God has fallen, lost his esteemed position as the senior minister of a large and influential church, given reason for the ungodly to blaspheme, perhaps caused some, even many to stumble in their walk with Christ, and others to be lost to the Gospel message altogether. None of it would have ever happened if he hadn't taken the first drink.

Pastor Mark Driscoll, and other Christians who advocate for social drinking, are at best calling for "détente" on a baneful recreational practice that destroys millions of lives every day.