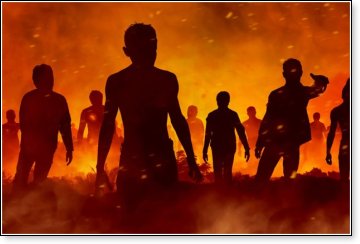 There is a matter that somewhat afflicts my spirit every day. It is the observation that so many of the people with whom I associate hardly ever give God a thought. When it comes to the way they live, God is not a part of the equation. Not only do they never think of him (unless thrown into some trouble from which their abilities can't rescue them), but they don't fear him.

There is a final destination for people like this: hell.

Certainly, hell is the just deserts of those who owe God for every good thing in life but want nothing to do with him or his ways.

A few months ago, I spoke with a woman who told me her husband had a realistic and terrifying dream about crossing a river in a valley. She said he wept for a half hour afterward. In the dream, there were demon spirits that blinded and transformed people into wicked beings themselves, who consequently blinded others, all of whom were enslaved forever. 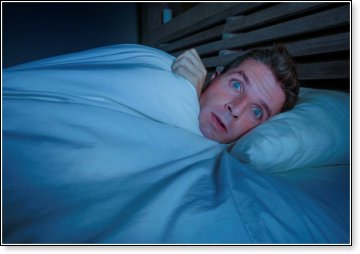 I felt the dream had spiritual significance and explained that it matched much of what the Bible says about dreams with divine messages, the devil, demonic influences, spiritual blindness, sin, and judgment. I urged both of them to act on the dream's biblical message and be sure of a right relationship with God through Jesus Christ. However, I don't think either of them has decided anything on the matter.

Their situation reminded me of a story from the Eighteenth Century about a resident from Glasgow, Scotland, whose name was Archibald Boyle.

Boyle was a leading member of an organization called "The Hell Club." The club was well-known in its day for its immoral excesses.

One night after much debauchery at their annual meeting, Boyle dreamed that he was riding home on his black horse, when an unknown figure appeared from nowhere, seized the reins from him, shouting, "You must go with me."

In an attempt to wrest back the reins, the horse reared, and Boyle fell, down, down, with ever-increasing velocity. He looked and next to him was the fearful attendant who had commandeered his horse away from him. Boyle cried out, "Where are you taking me?" To which the unrelenting entity replied, "To hell."

When they reached hell's floor, Boyle said he immediately heard echoes from the groans and yelling of frantic revelry. He entered through a grand archway, where he saw hell's inhabitants chasing the same sinful pleasures they had pursued in life, but were now like phantoms.

Boyle soon perceived he was surrounded by people he had known on earth. There was a woman, an acquaintance, who was absorbed in a card game of gambling. When he saw this, he relaxed and said, "If this is hell, what a devilish pleasant place it must be." When he proceeded to ask the woman if she might provide a tour of hell's pleasures, she shrieked: "THERE IS NO REST IN HELL!!!"

The woman then unclasped the vest of her expensive robe and displayed to Boyle's shuddering gaze a coil of living snakes, writhing, darting, and stinging her bosom – the very seat of her emotions and affections.

Others whom he knew in hell also revealed similar pangs of the soul, but worse still, he witnessed a hopeless agony of regret in everyone. They laughed, sang and spoke irreverently, just as they had on earth, but they could never rest from it – not the slightest moment of reprieve was granted. They could never do right. They could never change and experience the sweetness and the blessedness of a godly life. They could never know the tenderness of God's grace and mercy. They could never know forgiveness nor give it. They were forever bound to each sinful way to which they had tenaciously held onto in life. Except in hell, their libertinism had turned into bitter chains of constant anguish.

"These are the pleasures of hell," an earthly voice mockingly boomed.

Terrified at what he was seeing, Boyle begged his companion, "Please take me from this place. By the living God whose name I have so often outraged, I beg you, let me go!" His guide replied, "Go then; but, in a year and a day, we meet to part no more."

Despite his resolution to never again attend the Hell Club, Boyle was drawn back. His friends intensely pressed him, and though his conscience weighed heavily on him, he feared their sneers more than he feared God.

At the next annual meeting of Hell Club, which Boyle attended, every nerve in his body seemed to thrash him at the first sentence of the president's opening address: "My friends, this is leap year; therefore it is a year and a day since our last meeting."

After the meeting, Boyle mounted his horse to ride home. The following morning, however, his horse was found quietly grazing by the roadside. Just a few yards in the distance lay the stiffened corpse of Archibald Boyle. 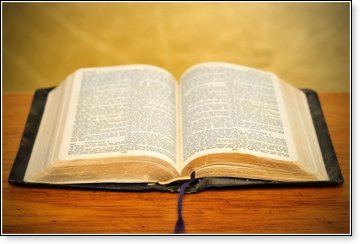 "Do you not know that the unrighteous will not inherit the kingdom of God? Do not be deceived. Neither fornicators, nor idolaters, nor adulterers, nor homosexuals, nor sodomites, nor thieves, nor covetous, nor drunkards, nor revilers, nor extortioners will inherit the kingdom of God. And such were some of you. But you were washed, but you were sanctified, but you were justified in the name of the Lord Jesus and by the Spirit of our God" (I Cor. 6:9-11).

The list above is not meant to be an exhaustive catalog of people who will find themselves in hell one day. Revelation 21:8 includes something similar, adding:

"But the cowardly, unbelieving, abominable, murderers, sexually immoral, sorcerers, idolaters, and all liars shall have their part in the lake which burns with fire and brimstone" (Rev. 21:8).

I've included both of these texts because much of what's listed is celebrated and lauded today, not repudiated as it should be. Don't be fooled! Even though some churches have hailed these behaviors in recent years, the end for those who characteristically live this way is one of eternal damnation.

Still, let me make it abundantly clear. You don't have to be grossly wicked to go to hell. All that's necessary is to ignore God's claim on your life. Don't make him a part of the equation, rarely think of him, leave him out, don't surrender control to him as the Lord, your God, don't fear him, and to your surprise and dismay, although you thought of yourself as a pretty good person, at the end of life, you'll find yourself in that terrible place.

There are two lives that you can live – life your way or life God's way. 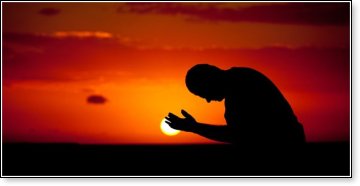 Every person must make a choice. Even choosing not to make a choice is a choice made against God. There is no neutrality. Either we acknowledge God's sovereignty over us, trust his means of redemption from the penalty and power of sin, which he provides in Jesus Christ and by his Holy Spirit, or we are eternally left to our own devices and land in hell.

Admittedly, as the Great Reformer Martin Luther said, it's very difficult to know and understand all of what hell is; "Only this we know, there is such a sure and certain place."