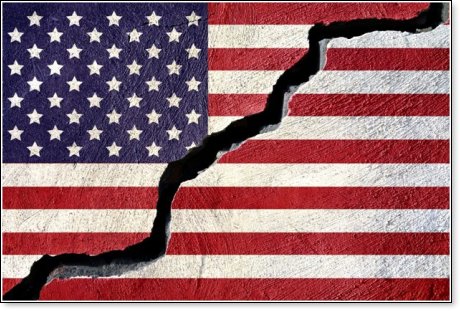 A few months ago, I was reading from my signed copy of W. A. Swanberg's biography, "First Blood: The Story of Fort Sumter." It's a marvelous account of events that led up to the firing on Fort Sumter, the act that represented the North-South quarrel and led to the greatest war America has ever known – the Civil War.

In the book, Swanberg describes what was taking place in South Carolina just before the terrible War Between the States ensued. He wrote:

"Almost without exception, the state senators and representatives were in favor of secession, the main points at issue being how soon and under what circumstances. That they had ample provocation to quit the Union, few had any doubt. The victory of Lincoln on the anti-slavery Republican platform, while not sufficient cause in itself, was regarded as the last straw in a thirty-year succession of wrongs against the South. ...They could give reasons galore to justify slamming the door on the Union. The slavery question, the tariff, the fight for territories, the endless fugitive-slave quarrels – undoubtedly all of these underlay the trouble. But probably Mary Boykin Chesnut, the pretty and mettlesome wife of Senator James Chesnut, struck more at the heart of the matter. 'We are divorced,' she said, 'because we have hated each other so.'"

For some time now, various news articles have been claiming that Americans are just as divided as they were before the Civil War and query as to whether we're headed for another one. God forbid.

"There was a time, not long ago, when most Americans were proud to be Americans, and they liked each other. Sadly, that is no longer the case.

"All of our cultural institutions – the schools, Boy Scouts, NFL, Oscars, soap operas, late-night television, Broadway, stand-up comedy – have become polarized and weaponized. We can't even come together over the flag and the national anthem.

"It is not an exaggeration to suggest that liberals and conservative Americans hate each other. ...Where is all this leading us? This much is certain: To paraphrase Abraham Lincoln, a nation that hates itself cannot stand."

If anyone reflects on the matter deeply and has any semblance of patriotism, the current situation will precipitate tears. And, of course, could there have been any display more manifest and representative of the palpable hatred between our countrymen than when President Trump refused to shake Speaker Pelosi's hand and the Speaker tore apart his State of the Union speech in front of the entire country?

Thompson said he believes the answer needed to bridge the divide is a return to what he called "Americanism." Americanism, said Thompson, is the philosophy that despite our vast and varied differences, we agree that all men and women should be "equally free, morally sovereign and self-governing."

Yet as high-sounding and noble as that sentiment might be, it won't be enough to cause Americans to come together again.

Perhaps Yoram Hazony, in a Time Magazine article titled "How Americans Lost Their National Identity," is closer to the truth and implies what actually must be done.

Hazony, who is an Israeli philosopher and political theorists, argues that Americans once "possessed an intuitive understanding of nationhood whose source was in the Bible." He says that the "original American states, while internally diverse, nonetheless, largely shared the English language, Protestant religion and the common law, and had fought Britain together. The nation reflected in these characteristics was so strong that Americans were gradually able to adopt other 'tribes' into the mix: Catholics, Jews and – with time – the African Americans who had lived through the evils of enslavement and segregation." 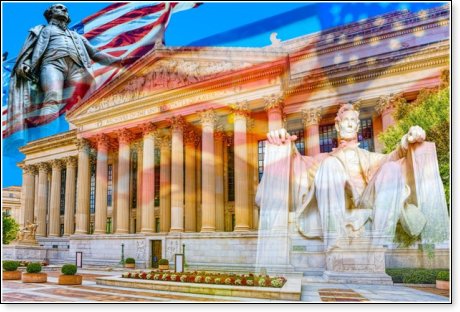 Hazony adds that Americans eventually sought to "counterbalance increasing diversity with a carefully protected common cultural inheritance: New territories were admitted as American states only once they had an English-speaking majority and adopted the common law. The eradication of slavery in the South and polygamy among the Mormons was likewise the result of a common cultural inheritance, descended from English Puritanism, which Americans insisted on maintaining even at the price of coercion."

Hazony further contends it was only after Americans' commitment to these principles begin to fade, which were fashioned out of a biblically rooted American nationalism (not the racist white nationalism), did dangerous and destructive revolutionary new theories fill the vacuum. Hazony concludes, "As Americans have stopped reading the Bible, they have also lost an intuitive sense of what a 'nation' is, and of what must be done to maintain it."

Thus, the correct diagnosis of the division our nation now so painfully endures and the remedy to effectively treat it.

There is, unfortunately, no point of reference larger than ourselves by which we define ourselves or hold ourselves together anymore. So consequently, we have become factions of competing value systems, each fighting against the other, most falling under the categories of politically Right or politically Left, to determine which will ultimately prevail.

But we should have no illusions as to the outcome. Our national ship will sink in this storm – unless it stops it's drifting – unless it's turned away from the rocks of personal and public practical atheism – unless it is once again anchored to the conventional teaching of the Old and New Testaments.

A revival of Christian orthodoxy and adherence to its tenets is the only way to regain our national identity and stop the hate.