Rev. Mark H. Creech
What about those high-profile Christians who renounced their faith? 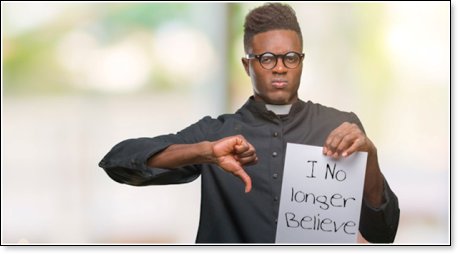 It's more than disturbing lately to hear of so many prominent Christian personalities turning from the faith. It seems as though it's becoming a regular occurrence. To read their statements explaining the reasons for their departure is painful.

Hillsong songwriter Marty Sampson wrote: "Time for some real talk… I'm genuinely losing my faith… Christians can be the most judgmental people on the planet – they can also be some of the most beautiful and loving people… but it's not for me. I am not in anymore."

After announcing his divorce, Joshua Harris, author of "I Kissed Dating Goodbye," and former pastor of a mega-church in Maryland, renounced his faith, saying: "I have undergone a massive shift in regard to my faith in Jesus. The popular phrase for this is 'deconstruction,' the biblical phrase is 'falling away.' By all the measurements I have for defining a Christian, I am not a Christian."

Dave Gass, the former pastor at Grace Family Fellowship, pastor at Covenant Church and Cedar Community Church, took to social media and announced: "After 40 years of being a devout follower, 20 of those being an evangelical pastor, I am walking away from the faith. Even though this has been a massive bomb drop in my life, it has been decades in the making."

The latest high-profile Christian personality to renounce his faith is Paul Maxwell, the well-known "Desiring God" writer. Maxwell said on his Instagram feed: "What I really miss is connection with people. What I've discovered is that I'm ready to connect again. And I'm kind of ready not to be angry anymore. I love you guys, and I love all the friendships and support I've built here. And I think it's important to say that I'm just not a Christian anymore…"

I fear announcements like these have facilitated doubt and disillusionment in the hearts of many Christians. Moreover, I think we can anticipate additional claims in the future, especially as the probability of serious bouts with persecution looms larger with each passing day.

The writer of the book of Hebrews solemnly warned about this, saying:

"Therefore, as the Holy Spirit says: 'Today, if you will hear his voice, Do not harden your hearts as in the rebellion, In the day of trial in the wilderness, Where your fathers tested me, And saw my works forty years. Therefore, I was angry with that generation, And said, 'They always go astray in their heart, And they have not known my ways.' So I swore in My wrath, 'They shall not enter my rest.'" (Heb. 3:7-11 NKJV).

These words may be somewhat difficult for many to hear, but they speak to the times. Multitudes of people have made professions of faith in Christ, and many of these have turned back or are turning back. Perhaps it's because of personal trials, the influences of secular humanism, materialism, LGBTQ, science claims, or something else. The text in Hebrews suggests there is a possibility that those who turn back were never really in the faith.

Today's professors must give full evidence of their salvation by their perseverance. Unbelief and faithlessness kept many Israelites from entering the promised land and wandering in the wilderness. It's only those who persevere to the end who give evidence of being bound for that blessed kingdom of repose and reward. 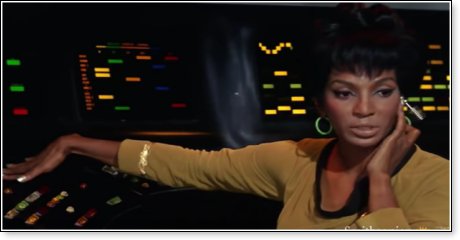 Nichelle Nichols played Uhura in the original Star Trek TV series and six of its movies. She was the first black woman regularly featured on a national television broadcast. As a black woman, Nichols faced many challenges. Studio executives were hostile to the character she played and diminished her part in scripts. The studio even withheld tons of her fan mail from her. At one point, she told Gene Roddenberry, the series producer, that she was fed up and ready to quit. She was already an extremely talented professional singer and dancer and thought it might be better to pursue her performing career.

Then one providential evening, she went to a fundraiser for the NAACP and met Dr. Martin Luther King, Jr. King urged her not to leave the show. He told her that she was a role model for black people across America, and she needed for their sake to stick with it.

"When you have a man like Dr. Martin Luther King say you can't leave a show, it's daunting," said Nichols. "It humbled my heart, and I couldn't leave. God had charged me with something more important than my career."

The rest, as you know, is history. Nichols became a permanent fixture on Star Trek. As a television sci-fi starlet, she influenced NASA to hire many blacks and women for their astronaut corps. She was the inspiration for innumerable blacks to pursue racial equality and a better life for themselves and their children. By giving up her own plans to sing and dance, by pushing through her doubts and fears, by persevering, she not only became one of the most popular TV characters ever, she also profoundly influenced an entire nation for good.

Like Nichelle Nichols, only when we die to ourselves – only when we die to our own affections – even perhaps die to many of our misguided expectations and persevere in the faith – may we be assured of something far more important – entering into God's rest. The immeasurable love for Christ, which is placed in our hearts by the work of the Spirit, ultimately endures any doubt, any circumstance, and reaches across the great divide and into the heavenlies.