Peter Lemiska
Democrats have made a mockery of American elections 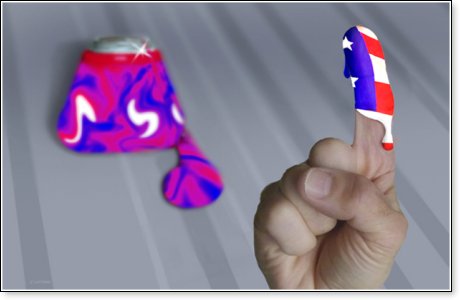 While Joe Biden is claiming a decisive victory in this presidential race and preparing to take up residency in the White House, President Trumps legal team continues to challenge the outcome with hundreds of affidavits alleging voter fraud.

Showing unabashed hypocrisy, Bidens supporters, including virtually all the news media, casually dismiss those allegations. But according to a Monmouth University poll, only 68 percent of Democrats actually expressed confidence in our election process prior to the election. In fact, Hillary Clinton, the previous Democrat presidential candidate, was warning Biden not to concede under any circumstances. It was Bidens declared victory that restored their faith in the system. Now, post-election, 90 percent of Democrats believe it to be fair. It should come as no surprise that confidence in our election system depends largely on the outcome.

With their newfound trust, theyre sanctimoniously reminding Trump supporters that free societies depend on confidence in their elections. Theyre right about that. Distrust of the election process often leads to widespread discontent and eventual instability. But democracies face a much more serious threat when voters allow corrupt forces to nullify the will of the people.

Democrats are now calling for unity, after initially claiming that there is no voter fraud in America. They turned to assurances like these from election oversight committees: The November 3rd election was the most secure in American history. That statement means nothing. Defending their turf is what bureaucrats do best. And Democrats were jubilant over AG Barrs recent comments that seemed to reinforce their position. But these are Barrs actual words, To date, we have not seen fraud on a scale that could have effected a different outcome in the election. The qualifiers in his statement should make all Americans uneasy. They tell us the investigations are not yet over, and they suggest that there is some acceptable level of voter fraud.

There are, in fact, countless cases of established voter fraud throughout the country. The Heritage Foundation catalogued more than 1,100 actual voter fraud convictions in the years preceding this recent election. Those cases resulted in untold numbers of fraudulent ballots. Considering that this years election implemented a brand-new, untested system fraught with known security weaknesses, and that it resulted in hundreds of affidavits alleging suspicious irregularities and outright fraud, supported by compelling testimonies, the assertion that this was the most secure election in American history is absurd.

Especially in America, there can be no acceptable level of illegal voting. The fraud that Democrats now seem willing to overlook has been facilitated by them over the years through concentrated efforts to eliminate voter ID laws and by providing non-citizens and with state drivers licenses. But the coronavirus gave them the best opportunity theyve ever had. It gave them an excuse to implement 11th hour, untested means of casting ballots  unsolicited mail-in voting. As Trump and nearly all Republicans predicted, it created chaos in the election and opened the flood gates to widespread voter fraud, some of it virtually impossible to detect after the fact.

This election was a mockery of our traditional, relatively secure in-person voting. The ink-stained fingers of first-time voters in Iraqs 2005 election offered far more security than the unsolicited, unsigned, and unverified mail-in ballots and the questionable voting machines that gave Biden his victory.

And there are other reasons to question this election. Over the years, Democrats have shown a willingness to bend or break the rules to accomplish their goals. Theyve been ignoring federal law by shielding illegal aliens in their sanctuary cities. They made no effort to end, or even condemn the rioting by Antifa and BLM earlier in the year. And when coronavirus struck, yes, they exploited it to sow chaos in the election, but also to negate First Amendment guarantees through arbitrary and illegal lockdown decrees. Now theyre calling for supporters to move to Georgia so they can sway the senatorial races there. Maybe theyve been corrupted by blind hatred of Donald Trump, but in recent years, the party has developed a decidedly underhanded approach to politics: Do whatever it takes. It almost makes us long for the days of the scandal-free Jimmy Carter Administration. Its just another reason why even some Democrats believe this election was rigged in Bidens favor.

And there are still the inexplicable statistics.

President Trump received an astonishing 74 million votes, roughly 10 million more than he received in 2016. Theres no question where they came from. We saw them in the frenzied overflow crowds that followed the president at every one of his back-to-back campaign events. And even those who despised Trump personally were content under his leadership. Pre-election Gallup Polls showed that 90 percent of Americans were actually satisfied with their personal lives. Those polls also showed that, despite the impact of a global pandemic, confidence in the economy was growing under President Trump, as the stock market was reaching new highs.

Yet his lackluster, unaccomplished opponent, the man who spent most of the last year evading questions while sheltered in his basement, the candidate who managed to attract a handful of curiosity-seekers at his rare campaign outings, somehow collected a whopping 80 million votes  more votes than Barack Obama received in 2008 or 2012, more votes than were ever cast in a presidential election. How was that possible? Where did those votes come from? Why was he so confident that he had no need to campaign?

The Trump team is under extraordinarily tight time constraints and has not yet conclusively proven its case. We dont know how widespread the fraud was, but it was clearly far more extensive than Democrats will ever admit. We dont know if all of it can ever be uncovered.

Thanks to Democrats, whatever the outcome, half of America will remain convinced that the election was rigged and the declared winner is illegitimate. There will be no chance of unifying the country until some measure of integrity can be restored to our elections.

Democrats are making a serious mistake by attacking, eliminating, or ignoring election laws. Theyre playing with fire by underestimating the intelligence and the resolve of the American people.

October 20, 2020
How much corruption will Democrat voters stomach just to defeat Trump?