September 19, 2013
On the flagship ARBELLA in his famous sermon, "A 'Modell' Of Christian Charity, "John Winthrop in the year 1630 drew wisdom from the Hebrew writings in Deuteronomy, as well as Mathew's rendition of Christ's Sermon on the Mount.

The Governor of the new Massachusetts Bay Colony, to be located at the mouth of the Charles River, felt that God had directly called him to make this Atlantic crossing. His inspiration was also contagious among the others who joined him.

"You are the light of the world. A city that is set on a hill." he told all aboard. Boston loves these words, and academics and political types often repeat them publicly. This new society, Winthrop told them, would be based on "obeying His voice and cleaving to Him, for He is our life and our posterity."

Included in that sermon was the Governor's admonition to these new residents to "choose life." How prophetic, as these words have come to the fore in our present day

Across the Charles in 1636, the Massachusetts Great and General Court established a "colledge." Three years later it would be named after John Harvard, a preacher from Charlestown, who had bequeathed 300 titles in a 400-volume library. John had died of "consumption" at the age of 31. He and his wife were childless. 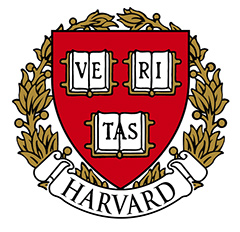 Originally a training school for Congregational ministers in what would come to be called the city of Cambridge, it has now become an extremely wealthy institution, and it exercises enormous influence. A totally new element is now in control.

Harvard University is an idea generator, and an easily identifiable driving force in shaping the thought processes, behavior, character – and lack thereof – in the Commonwealth of Massachusetts and far beyond these boundaries.

The University's motto "Veritas" is amply evident as one visits its famous Harvard yard, but less known universally is the complete thought. It is Veritas Christo Et Ecclesiae, the Truth of Christ and the Church.

With this reflection, one can start to grasp the change in thinking and culture that has evolved over the years. The great tragedy is in the metamorphosis from the Godly-centered words of the Founders to the Secular Fundamentalism that permeates the contemporary society.. Cambridge is now a "sanctuary" city, and what prevails today nurtured the deadly anti-social thinking of the Tsarnaev brothers, Tamaran and Dzokhar.

The Boston Marathon bombing on April 15th, 2013 was both a sorry day in the history of this area, and an example of unparalleled courage, dedication to our fellow humans, and true spirit: soul. Their horrendous deeds also brought out our finest qualities.

From first responders to individuals who just happened to be near Copley Square we observed the very best that people can be. So many humans on that day exhibited traits which certainly would make John Winthrop proud of his societal goals.

Unfortunately, on the obverse side we saw the results of the abdication of the purpose for the settlement of those Puritans from England. The likes of the Tsarnaev brothers extract all they can from this society, as they connive to commit the most dastardly acts in defiance of it. Taxpayers gave this "refugee" family $100,000.

Given the change in thinking which has been introduced within the ivy-covered walls since its founding, it is the ultimate irony that Harvard plays such an important role in the lives of all the people . Most of the citizenry, however, are not aware of it.

Scrutiny as to how the revolutionary change happened in what is identified as the culture of the area has been rare, but it did not occur in a vacuum. Currently there are three major forces providing the energy, and they are identifiable, as is the history of how they gained this power over so many.

Elitists and academics first unleashed a frontal attack on the checks-and-balances mechanisms, which are such a vital part of our society. The phalanx of the movement took aim at the Judeo-Christian underpinnings of this great American experiment, and it originated in academic ivory towers.

While Harvard University, with its beautiful ivy-covered, brick-walled buildings flanking the Charles River in picturesque fashion, had all the ingredients to generate major changes in thinking, more was needed to control the masses.

What was necessary for the change to occur was a powerful vocal component, and the Boston Globe has provided that vehicle for more than the last half-century. The Globe in time outran all its competitors in the news field, and with a similar secular agenda to Harvard, became even more powerful in shaping thought in this area. The university, however, was content with burnishing its image and without fanfare amassing huge wealth in its coffers. The Harvard endowment alone is worth over 30 billion dollars.

The Watergate scandal, which toppled the Presidency of Richard M. Nixon and brought such fame to investigative reporters Woodward and Bernstein and the Washington Post, created envy and a fierce desire for similar success among other media. It became very evident on the pages of the Boston Globe.

On what was called a newspaper, we saw a clear drift from journalism to advocacy. Over the next decades principle was prostituted transparently, and a clear agenda emerged.

On the broad spectrum of everyday life, permissiveness and moral relativism in all phases of life had increased. Covering the events of the 60s would result in Globe reporters embracing this counter-culture.. The trend was aided and abetted by the declining power of the main counterveiling force of the past: the churches. 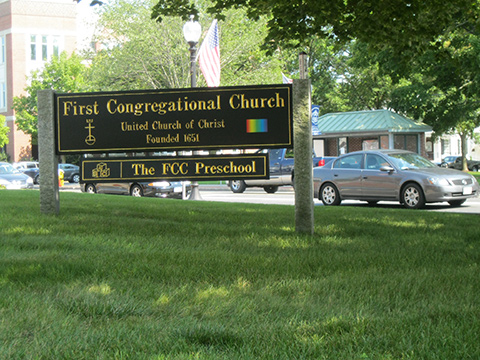 Mainline Protestant churches had been in a "liberalizing" mode for years, drifting more towards the Unitarian model. The Roman Catholic Church provided a more difficult barrier to break down, until a Lavender Mafia within the clergy, with its roots in the 50s and 60s, ultimately provided the vehicle.

This Axis of Evil was not a self-contained entity. Its ramifications were complex. and it metastasized to other media, as well as other influential institutions. In the area. Catholic colleges, led by Harvard wannabe Boston College, became more secular than religious. Successful sports teams trumped theological pursuits. By the late 80s, B.C., Holy Cross, and other Catholic college students were-counter-protesting Right To Lifers in front of Planned Parenthood's abortion facilities.

While its Divinity School is held accountable for the transition from a sound Biblical base, Harvard Law School had a major impact. They gave Communist Fidel Castro standing ovations, fully aware of the atrocities he had committed in killing his opponents, after his Communist takeover in Cuba. They were ardent in their support of abortion and responsible.for the eventual introduction of same-sex "marriage."

SSM spread throughout the U.S. as a result of "Margaret Marshall's Plan," and the behind-the-scenes power of the former Harvard Law School Dean, and now Supreme Court Justice, Elena Kagan. This major religious and cultural shift took direct aim at the contemporary Judeo-Christian view of marriage, and it succeeded.

Socially upwardly-mobile members of Boston's Jewish population in the mid- 1900s had started moving from the Roxbury-Dorchester section of the city to the suburbs. The greatest thrust of this migration was to the adjacent Town of Brookline and the City of Newton. The school systems were good and both gained more recognition because of the traditional value placed by Jews on this aspect of life and child-rearing. Residential Cambridge was very limited in land area, so it was not as desirable.

In turn the reputation of the school systems in Brookline and Newton assisted their children in gaining access to Harvard and other renowned institutions of higher learning. Elitism in these residents was not uncommon, to the point of smugness.

On the dark side, while giving notoriety rather than pride, Brookline would gain the label of "Abortion Capital of the World," and it become the site of a bloody rampage in 2 of the 3 abortion facilities located on world-renowned Beacon Street. The lone perpetrator, hairdresser John Salvi, was apprehended, tried, and convicted. . Although Brookline, with its common border to Boston, professed to be a liberal town, residents did not take well to Pro-Life peaceful protesters in front of the abortion providers' facilities. This First Amendment exercise interfered with their strolls, and those assembled in prayer circles were called "crazies." Particularly offensive were any signs which referred to the Abortion Holocaust, as though these "clinics" were not in the business of destroying developing human lives within. 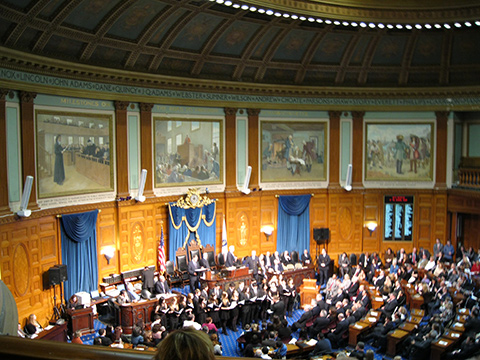 Brookline would also officially ban Blacks For Life leader Barbara Bell from within 50 feet of abortion facilities, because her beautiful singing voice and calls to give the child in the womb a chance to live, hit too high a decibel level. Barbara Bell once picked up a baby obviously expelled by a woman given Laminaria for inducement, and she brought the aborted child to the police station. In a story never covered by the Boston Globe, the child was eventually baptized as "Baby Joshua' and given a proper burial.

One of these two so-called "clinics," Planned Parenthood, would ultimately build a fortress-like building at 1055 Commonwealth Avenue in Boston. Opponents said the organization should more accurately be labeled "Planned De-Parenthood" because every working day inside these new premises, they would stop the beating hearts of 20 to 35 human beings in the womb of his or her mother.

Planned Parenthood is the business of aborting developing human lives, but it is categorized as a 501 (c) (3) charitable institution. An individual may take an income tax deduction for subsidizing a heinous money-making activity.- a bloody human sacrifice.

How sad that this organization would become so important an element in forming Boston's Axis of Evil, one which has completely transformed the way of life in a once proud, God-fearing Commonwealth.