Victor Sharpe
A nuclear Iran in our world 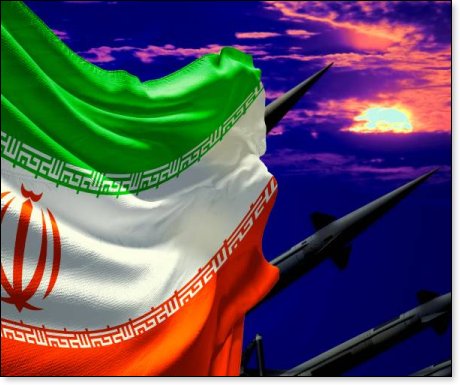 The belief is growing that the Islamic Republics military and diplomatic aggressiveness, along with its imminent possession of nuclear weapons, is tied directly to President Bidens administration and its policies of weakness and appeasement.

Obamas previous disastrous domestic and international administration included providing vast funds to Iran, which often allowed the jihadist regime in Islamic Iran to construct weapons of mass destruction (WMDs) and the means to deliver them with ICBMs to the United States.

Likewise, Biden provides the hostile Islamic Iranian regime with additional funds which it is reported to be using to train jihadi terrorists to enter America though the porous US/ Mexican border to plot murderous and destructive Islamic terrorist attacks in American cities and large towns. Recently several such Iranian terrorists were apprehended trying to infiltrate the southern border. But how many may have successfully evaded capture?

In a report published last November 26, 2021 in the Jerusalem Post, Iranian dissident, Sheina Vojoudi, wrote this:

Recently, tens of thousands of demonstrators gathered in cities and towns throughout Iran to criticize the government over a severe water shortage. In response, the Islamic regime cut off access to the Internet, and security forces fired shotguns at the protesters, resulting in deaths and hundreds of injuries. Meanwhile, the Biden administration chooses to be silent in the face of the Iranian mullahs human rights violations and crackdowns.

Islam, which means submission to the will of Allah, is called the religion of peace because Muslims ironically believe there will only be everlasting world peace when the whole world becomes Muslim. No chance of that happening, so the Islamist terror continues throughout the world be it in Nigeria, India, the Philippines, the Middle East, in Western Europe or wherever. Exactly like Barack Hussein Obama, Joe Biden is silent concerning the Ayatollahs national and international crimes and global expansionism, even as the Islamic Republic treats with contempt any agreements it makes with infidels (non-Muslim nations).

Meanwhile because of the oppression of its citizens by the mullahs, protests by Irans hapless citizens continue in provinces across the country with demonstrators calling for the death of the Iranian supreme leader and the overthrow of the hardline Iranian regime. The Iranian opposition is expressing its frustration at being generally ignored and unsupported by the international community.

The protesters, whose platform was mainly centered upon the governments corruption and lack of human rights, now have an even more pressing global message. They are calling out the regime for spending billions of dollars on its terror and nuclear weapon ambitions while leaving the Iranian people without the means to purchase basic goods and avoid starvation. In cities throughout the country protesters continue their campaign, marching, chanting, and engaging with the regimes most brutal forces who are suppressing the protesters by firing guns directly at the people and rounding up hundreds of protesters.

As the world watches the unfolding Iranian rush to produce atomic weapons and the means to deliver them, many believe that part of the reason the international community has not commented on the protests or condemned the regimes actions has to do with the desire of some major Western countries to revive Obamas disastrous 2015 nuclear agreement with Tehran. The question then is this:

Will the Iranian people be the salvation of the world by finally overthrowing the hated and deeply evil Ayatollah Ali Khamenei and the mullahs?

Like the Obama administration, the Biden White House has not called on the international community to support the protests, given that many officials are trying to not upset the Islamic Republic. Here we see shades of Neville Chamberlain holding his pathetic piece of fluttering paper after his calamitous visit to Adolph Hitler, which ultimately led to World War ll.

Meanwhile the Islamic Republic of Irans rulers forge ahead in their feverish lust to build atomic weapons, which they promise to use against what they insanely call the Big Satan, America, and the little Satan, Israel. In this the ayatollah and the mullahs are convinced that at any moment their messiah, the Mahdi, will be revealed on Earth as he establishes his global Islamic kingdom and impose universal sharia law.

The Iranian Shiite clerics believe also that Jesus will return not as Savior but as a lieutenant to the Mahdi, and that he will force non-Muslims to convert or die. Whats more, they believe that the Mahdi will come only when the world is engulfed in chaos and carnage. What better way to bring this about than by acquiring nuclear weapons and gleefully using them as soon as is possible. Tragically, the leaders of the Western world are in utter ignorance of this Islamic End Days belief. One would hope that knowledge of Irans theological hopes and plans would finally end all Western support for the Islamic Republics acquisition of nuclear weapons.

There also exists the dangerous likelihood if Iran's regime has nuclear weapons, that they will fall into the hands of Iran's militia groups, or that the regime will share its nuclear technology with its Islamist terror proxies and allies, including the Syrian regime, the Lebanese Hezballah, and the Taliban in Afghanistan. 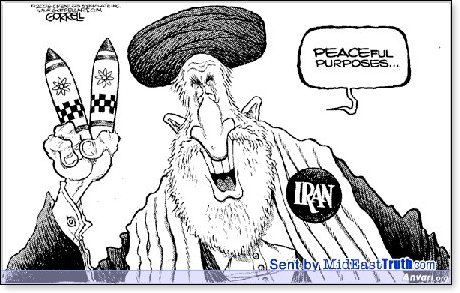 Iran wants not just to have nukes but to sell and distribute them to whom they want and to whoever comes knocking on their door. And that is where Iran becomes even more dangerous for our world. They have no compunction about selling or supplying nuclear arms to any county who desires it or to any terrorist organization.

According to Majid Rafizadeh, writing in a recent article for the Gatestone Institute titled, Iran's Nuclear Program: Where Is the Biden Administration's Plan B? Rafizadeh makes the following assertion. If the Biden administration allows Iran to obtain nuclear weapons, President Joe Biden and his associates, like Neville Chamberlain's illusory "Peace in our time," will have as their legacy that it was their acts alone that destabilized global security and set the world at risk.

If President Biden and Western leaders fail us, our hope must lie with the long-suffering people of Iran who may yet be the real saviors of our world and overthrow the malign Ayatollah Khamenei and the mullahs who surround him.

Victor Sharpe is a prolific conservative writer and the author of seven published books including a collection of his ghost stories and a delightful childrens story and coloring book titled Dragon Rake. He is also the author of the four-volume work, Politicide, which details the historical Islamist threat to the West, Israel, and Judeo-Christian civilization.