Joan Swirsky
The experts, the science, and the medicine––all amazing, all fallible

For thousands of years, going back to the Bible, women have wept and grieved and pleaded to God over their miscarriages. Indeed, it took all these millennia for modern-day pharmaceutical companies to develop solutions to this ongoing nightmare.

In the 1940s, these companies were happy to offer doctors the ability to prescribe diethylstilbestrol (DES) to prevent miscarriage. “You can tell them you would give it to your wife,” the marketing mavens from Big Pharma suggested to physicians. 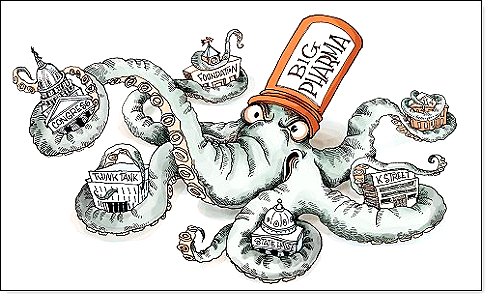 And with good reason. This “miracle drug” worked! Women who had experienced no trouble conceiving but were plagued by constant miscarriages were now able to carry their babies to term and deliver quite “perfect” bundles of joy!

But then disaster hit with unspeakable horror. After one or two years of watching their beautiful babies smile and roll over and teethe and then walk and speak and thrive, mothers saw their little girls begin developing hideous vaginal cancers, and those who survived to adulthood experienced higher-than-normal premature births, miscarriages, and ectopic pregnancies.

The little boys, too, had horrible anomalies in their urogenital tracts and are still being watched for higher-than-average cases of testicular and prostate cancers.

In 1971, the Food and Drug Administration (FDA) took DES off the market.

In 1957, another miracle medication, originally marketed as a sleeping pill but also found to prevent miscarriages, was developed in West Germany and soon found its way to America, where women eagerly took the drug––approved by the FDA––and, again, were thrilled to carry their babies to term.

But unlike DES, where the monstrous effects took months to years to develop, the grotesque and tragic effects of the new drug––Thalidomide––were obvious from the moment of birth: children were born with missing arms and legs, eye and urinary tract anomalies, heart problems, etc. The list of horrors went on and on.

In 1960, the FDA approved a medication developed by Dr. John Rock, a Harvard professor and obstetrician-gynecologist with five children––along with Drs. Gregory Pincus, C.M. Phang, and Selzo Garcia––that was perhaps the most world-changing medication in history: "The Pill" (aka the birth-control pill), by which, for the first time ever, women could control reproduction.

But some women––either through negligence or forgetfulness––still got pregnant while on The Pill, and so it was not long before scientists developed intrauterine devices (IUDs) that could be implanted in the cervix and provide absolute sexual freedom with no anxiety about forgetting to take a pill or getting pregnant.

Among the most highly touted IUDs was the FDA-approved Copper 7. But because of horrific incidences of sterility, pelvic inflammatory disease, ectopic pregnancies, and perforations of the uterus, the much-vaunted Copper 7 was taken off the market in January 1986.

As the ‘60s progressed, newly empowered women did not politely request but quite assertively demanded help for the tortures they experienced during menopause, when estrogen slowly diminishes in the female body, resulting in hot flashes, mood swings, loss of interest in sex, depression, etc.

Pharmaceutical companies were more than happy to accommodate the demand and promptly offered estrogen-rich Hormone Replacement Therapy, although even the National Institutes of Health acknowledges the controversial history of HRT.

It took decades, but sure enough––after almost 40 years––a Wall St. Journal article reported on the frighteningly high correlation between HRT and breast cancer. Within days, in 2002, one of the most popular medications in the world––Premarin––was taken off the market.

NOT JUST A WOMAN THING

Indeed, dozens of FDA-approved medications––for both women and men––have been widely prescribed but ultimately taken off the market over the years. They include the antihistamine Seldane, the anti-inflammatory Vioxx, the anti-heartburn/acid reflux Zantac, and others.

In fact, dozens of drugs have been pulled from the market because of their horrific, if not catastrophic, side effects, including cancers, strokes, heart attacks, and death! Here is a partial list.

WHAT WE HAVEN’T BEEN TOLD

Well, whaddaya know? Only three months into 2020, just when science and medicine were at the apogee of their evolution, when practically every body part––retina, heart, lung, knee, hip, skin, fingers, etc.––can be replaced, when the fastest-growing segment of our population is between 90 and 100, and when there are more individuals over 100 in America than ever before, along comes a virus from China that in a matter of weeks shuts down the world!

But not to worry! We in America have “experts” to rely on, to guide us, to reassure us that it would only take a matter of weeks to “flatten the curve” on the frightening escalation of what, in no time, the same experts labeled a genuine pandemic.

As it turned out, every one of their models and projections and pronouncements and reassurances was wrong! 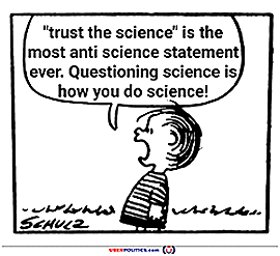 What they didn’t tell us about were the ineffectual-but-fanatically-enforced mask mandates and the non-FDA-approved “vaccines” that all “the experts” insisted every member of society––including infants––must be injected with, as well as the second vaccine, the booster, and the third and even fourth boosters––all of which did not flatten the curve or keep fully-vaccinated and boostered people out of the hospital with Covid!

What they also failed to tell us, as journalist and author Devvy Kidd reports, is that the FDA’s PCR test to determine the presence of Covid is not a diagnostic test and is not reliable, as the CDC now admits.

It turned out that the Mt. Everest of information the “experts” withheld from the public, aided and abetted by their lapdogs in the media, included startling facts about the vaccines themselves––all scrupulously documented by writer Kelleigh Nelson––such as the prediction that “because of the jabs, the immune system is dying. The result will be high incidences in various countries of tuberculosis where it is now dormant. Tumor cells are no longer under control, causing increased numbers of cancers—as evidenced by pathologist Dr. Ryan Cole of Idaho—as well as viruses, herpes, Epstein-Barr, cytomegalovirus (CMV), which kills babies in the womb, toxoplasmosis, and a horrifying number of other illnesses.” 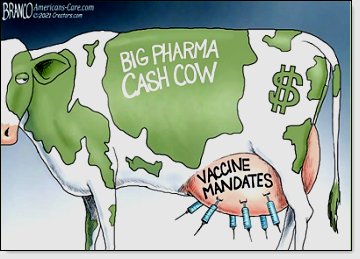 And is it true, as asserted by Sen. Scott Jensen (R-MN), who is a medical doctor, that hospitals get $13,000 per patient if they write that the diagnosis is Covid-19 on the patient’s chart, and $35,000 for each patient if they are on a ventilator? According to FactCheck.org, “The figures cited by Jensen generally square with estimated Medicare payments for COVID-19 hospitalizations, based on average Medicare payments for patients with similar diagnoses.”

And is this simply a coincidence? “Possibly as a reward for their efforts to conceal the true origin of SARS-CoV-2”—Janet Levy details in-depth—the scientists who went along with Dr. Anthony Fauci’s "natural origins" narrative “received over $50 million in NIAID funding in 2020- 2021.”

Mmmm….isn’t it always about following the money?!

Then, to insult our intelligence even further, we have dictatorial, egomaniacal martinets like Dr. Fauci telling us: “The attacks on me are attacks on science.”

THAT’S NOT ALL WE HAVEN’T BEEN TOLD

As journalist Tim Brown spells out, only two massive entities—BlackRock and Vanguard—own all of the media we see and hear every minute of every day. These powerful and immensely wealthy forces believe in a globalist vision in which they––the Masters of the Universe––run the world, and we––mere grains of sand on the vast beaches of life––are expected to admire, believe, comply with, and be grateful for whatever they’re doling out. (NOTE: The above link takes you to an article titled "Guess who owns Big Pharma & Big Media – Just two corporations." Consider the article's astonishing claims, then scroll down to its 24:23 video on BlackRock presented by author Tim Brown, a writer-editor at a handful of conservative media sites.)

These moguls, including economic and big-tech powerhouses, hire media whores––I wrote about them here––to disseminate their messages, and, as we’ve all witnessed, to censor or often destroy the lives of all those who disagree with them.

Nevertheless, TRUTH has a way of insinuating its way or erupting its way into the public’s consciousness. This is what happened when contradictory or negative data from the Centers for Disease Control (CDC), from the World Health Organization (WHO), and from “experts” like Dr. Fauci himself were published by courageous media outlets, and frightening information by the Vaccine Adverse Event Reporting System (VAERS) made its way to the larger public. 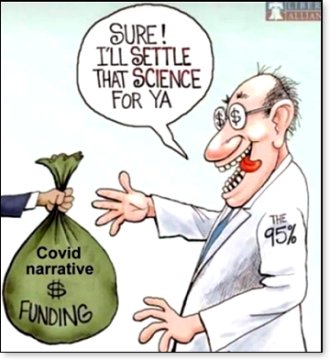 And what was that frightening information?

Airline and military pilots have been falling ill or dropping dead midflight after being vaccinated.

Attorney Tom Renz made worldwide headlines after disclosing explosive data from the Department of Defense DMED database at Senator Ron Johnson’s Second Opinion Hearing. DMED is the official database of the 1.4-million active-duty DoD servicemen and it showed shocking increases in medical conditions from the mRNA “vaccines” after the military demanded injections for all service members: Here is the DMED data:

You are the science, Dr. Fauci? God help us all!

I am a longtime registered nurse, with years of clinical experience and a lifetime of writing about science-and-medical issues; the author and co-author of 12 books (most of them about health-and-medical issues); and a longtime health-and-science writer for The New York Times (for over 20 years), as well as many other publications. There are no people on earth I respect and admire more than medical doctors and research scientists. I know the education and training they undergo before attaining their degrees and well-deserved status. But there are always bad apples in every profession, hence my contempt expressed in this article for the frauds––including in the media––and fraudulence inflicted on America during the Covid-19 pandemic. 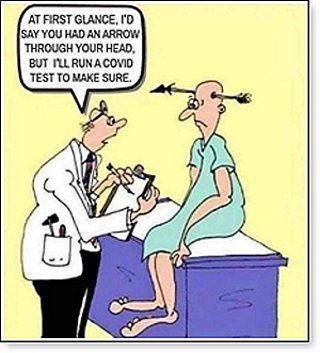