Let’s dispense with the Mt. Everest of words that have been written to rationalize Joe Biden & Company’s passion––indeed, lust––to put nuclear weapons in the hands of the fanatical mullahs in the terrorist-run state of Iran.

To be sure, the powers-in-power––more accurately those who are pulling their strings––have been busy creating distractions like Covid-19, the corrupt investigation into the January 6th so-called insurrection, and the strange “war” between Russia and Ukraine. But while Biden & Co. rally against Vladimir Putin, the U.S. continues to buy millions of dollars a day of Russian oil, in essence helping to finance the war against Ukraine, and Biden continues to count on ole Vlad to broker the new Iran deal with U.S. negotiators in Vienna. 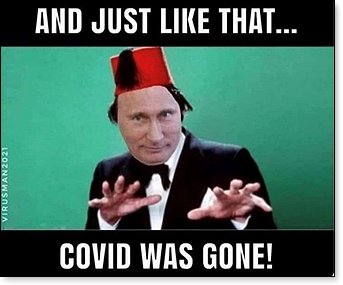 Looking back, it is more than fishy that on his first day in office, according to Jim Hoft of The Gateway Pundit, “Joe Biden killed off 42,100 jobs in America by ending construction of the Keystone XL Pipeline,” and not long after “waived sanctions on Russia’s gas pipeline to Germany.”

Clearly, this was to set the stage for the Biden regime to actualize their real goal, their mission, their obsession–––finally, finally, finally to get rid of the arch nemesis of all of them: Israel, with the bonus being half of all the Jews on earth.

That’s it, pure and simple. Anti-Semitism on steroids. Not just irrational hatred but jealousy bordering on the psychotic and thinking preoccupied with undermining, sabotaging, boycotting, delegitimizing, and literally annihilating the State of Israel.

While the world is now populated by approximately eight billion people––including 2.3-billion Muslims and 2.7-billion Christians––it is the nine-million Jews in Israel––and Israel itself––that drives these rabid racists insane.

Of course, Jew hatred didn’t start in 1948, when President Harry Truman recognized Israel as the only Jewish state on earth. It started thousands of years ago, through the now-defunct Roman, Babylonian, Persian, and Ottoman Empires, through the Inquisition, Crusades, forced conversions, and the Holocaust.

In America, colleges had quotas for Jews, aspiring doctors were refused internships, clubs routinely refused membership to Jews, on and on. But those pesky Jews just kept accomplishing and achieving and flourishing and by so doing succeeded in giving all those anti-Semites fodder for their fulminating hatred. 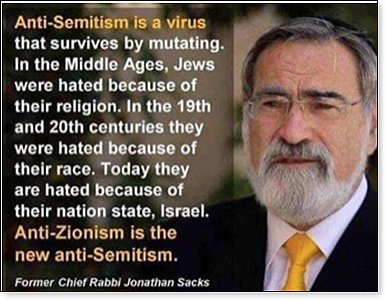 In 1979, President Jimmy Carter—who, to this day, oozes Jew-hatred from his aging pores––thought it was a good idea to depose the longtime ally of the United States, the Shah of Iran, and replace him with an America-hating, Israel-loathing Muslim called Ayatollah Khomeini, who had been exiled to France.

According to the former U.S. ambassador to the United Nations, John Bolton, Khomeini "knew a sucker when he saw one." Carter acquiesced to the Ayatollah’s request to return to Iran, whereupon “Iran switched 180 degrees from being a strategic U.S. ally to being one of our most implacable adversaries,’ and the Muslim cleric, reigning as Supreme Leader, continued a non-stop barrage of genocidal diatribes against Israel until his death in 1989. 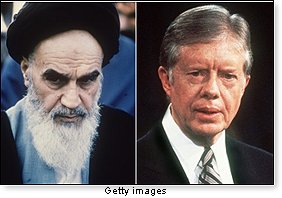 Khomeini was replaced by Ayatollah Ali Khamenei, who rules to this day, and continues the hateful tradition of his predecessor, among other epithets calling Israel “a cancerous tumor.”

The eight-year Bill Clinton presidency (1993-2001) brought Yasser Arafat––architect of middle-east terrorism––to the White House more than any other visitor! According to political writer Fred Miller, Arafat was “one of modern history’s worst human beings, surely the most murderous anti-semite since Hitler. Yet during this monster’s blood-soaked stay on earth, he became a special favorite of the Clintons: lionized, honored, made respectable, even tearfully eulogized at death.”

As for the Iran deal, former Republican National Committee chairman Reince Priebus said that the nuclear deal was Hillary Clinton's, and it 'lined the pockets' of Iran with Americans' money.’

The barely credible leftist site PolitiFact said that Priebus’s “phrasing could have left the impression that Clinton herself, rather than the Clinton family foundation, received the money.” Oh… I see, it was a phrasing thing. 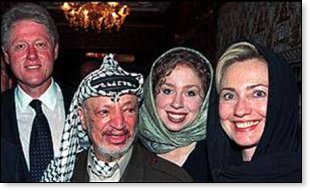 The Obama presidency (2009-2017) brought what writer Mona Charen called “genocidal hostility toward Israel,” which I expanded upon in Obama's malignant obsession with Jews and Israel.

And as I spelled out in 2009––Obama’s Jewish Problem––the Obama formula would have done everything in its power to destroy the Jewish state. Bottom line, however, was that Obama’s malevolent agenda didn’t work. 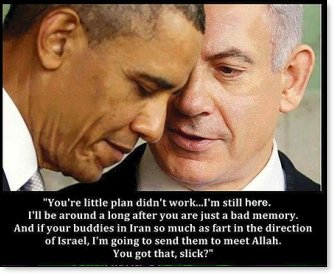 Liberals, leftists, progressives, socialists, and communists––basically the same species–-have been collaborating for over a hundred years to bring down the Land of the Free and the Home of the Brave. They hate our Constitution and Bill of Rights, the rule of law, the right to bear arms, free speech, a strong military, secure borders, success through merit, and so on. They are the original Chicken Littles…the sky is always falling, the glass is always half empty, and just about everyone is a victim. And of course, they also loathe the solitary bastion of democracy and freedom in the Middle East, Israel.

This doomsday cult believed that with Obama, they were on the very precipice of America becoming the Communist Paradise they have always yearned for, and the deadly Iran deal, with its goal of vaporizing Israel, finally actualized. All they needed: eight more years of Hillary!

And then along came a billionaire business magnate, TV star, bestselling author, and outraged American to run for President of the United States against the unbeatable Ms. Hillary, only to crush her decisively and ascend to the presidency.

In 2018, President Trump, exhibiting both sanity and concern for the protection of America and Israel––qualities completely absent in Democrat-run administrations––withdrew from the Obama administration's Iran deal, imposing Draconian sanctions on the terrorist regime.

Today, what is really going on behind the purposely distracting headlines are largely unpublicized, even secret negotiations––brokered for the U.S. by Russia!––that will close the Iran deal and, as described by the New York Post’s Richard Goldberg, “flood the world’s leading state sponsor of terrorism with billions of dollars and leave Tehran on the nuclear weapons threshold.”

Yes, we are now witnessing the uncontrolled desire, the craving, the maniacal, indeed intoxicating lust of the Biden regime––and the Obama, Clinton, and no doubt Carter regimes and all their acolytes––to put nuclear weapons in the hands of theocratic dictators who have been bleating to their enslaved masses for decades on end: “Death to America, Death to Israel.” 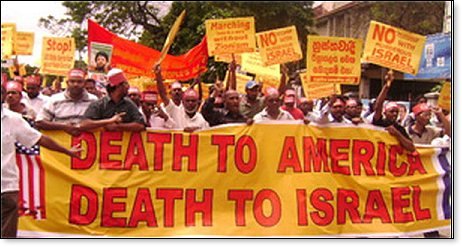 We already know that the vicious Jew hatred emanating from Biden’s appointees, many of them far-left Jews infatuated with their proximity to power––as I have pointed out here, here, and here––continues unabated, with a thundering lack of outraged condemnation from Joe, Kalamity, and every other Democrat.

All these distractions are to keep the American public––and the world––from realizing that the New World Order fetishists, led by the Biden regime, are all about arming Iran with nuclear weapons, the better to destroy Israel and finally achieve what Hitler and many massive empires over the centuries failed to do.

Of course, hope springs eternal for Jew haters and Israel loathers that this will come to pass, and they count heavily on Jewish Democrats to be their apologists and rationalizers. Shame on every one of them.

Too bad that all their planning, and high IQs, and fancy degrees, and diversity-inclusion-equity (DIE) appointments, and leftist media collusion will fail once again. Who said so? The God of Abraham, Isaac, and Jacob––the God of the Jews!

Joan Swirsky is a New York-based journalist and author. Her website is www.joanswirsky.com, and her e-mail is joanswirsky@gmail.com.