Arlen Williams
Why is Wisconsin slipping in its recall elections?

Yes, sure, we are left with a one-weak-kneed-senator advantage in our legislature. But, in two recall elections yesterday, my Wisconsin failed to defeat two "flee-bagger" Democrat incumbent state senators, in districts that are friendly to GOP presidential candidates. 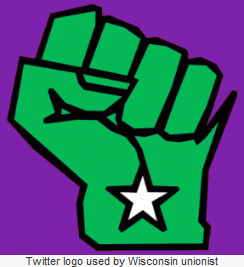 These results show how it is a losing game not to honor Sovereign Citizens by simply explaining what is really happening to us.

Meanwhile, neo-Marxist opponents, including their fifth column media, used whatever programmatic distortion and lie they could ply, out of their filthy sack of revolutionary dialectics and Cain-like, eat-the-rich urgings.

Next, Governor Walker will likely be recalled and he may well lose. The trend is not Wisconsin's friend, unless he and his colleagues explain:

Progressives and their union ringleaders are engaged in a Soft War against America and GOP politicos treat it all like annual garden club elections. Those who wilfully do, deserve to lose, but through their neglect of reality and dishonor of the People, they contribute to the gradualist (but greatly accelerating) anti-American insurrection.

Such politicians tempt one to think the unionitsas may be right about one of their accusations: maybe they are doing the bidding of certain lords and ladies of large, multinational corporations, ahead of serving their decision making superiors, their electorates — by adequately informing us.

To think of all the blood spilt, to win and save our Sovereignty and freedom, only to pass that sacred charge on to only half-responsible, half-cowardly half-heroes, spouting half-truths....

Of course We, the Sheeple at large are the most to blame for what is happening to us. That is another, yet more important subject.