February 12, 2011
It is good that European leaders are finally acknowledging that they have a civilization to defend — a civilization that has been overrun and is dying, but one which can still be saved and renewed, if only they would recognize what Pope Benedict has called the "unrenounceable Christian roots of its culture." 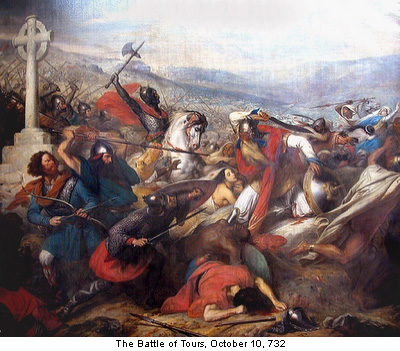 The crisis, at least now acknowledged by the German Chancellor, the British Prime Minister, and the French President, was foreseen by Enoch Powell in 1968. He was denounced as a racist, and that brilliant political leader was shunned for the rest of his life. His "rivers of blood" are now all too real in London, Paris, Madrid, and throughout the continent.

Another prophetic voice was also raised in 1968, that of Pope Paul VI. In his encyclical, Humanae Vitae, he spoke of "God's loving design" for "the life and happiness of human beings," and warned of the dire consequences that result in a rejection of the natural law. He, too, has been vindicated by the world around us.

Acknowledging the failure of a half-century of secular liberalism is a necessary first step toward rejecting a narcissistic culture of contraception, abortion, and same-sex "marriage." These will continue to create the vacuum into which the enemies of Christian culture will pour. And they will lead to the certain death of European civilization in less than a half century unless hearts are changed and demographic trends are reversed.

May we hear God speaking through His prophets and the "signs of the times" before it is too late. 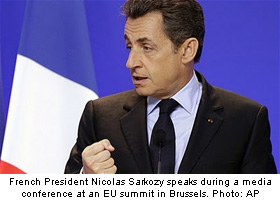 French President Nicolas Sarkozy declared Thursday that multiculturalism had failed, joining a growing number of world leaders or ex-leaders who have condemned it.

"My answer is clearly yes, it is a failure," he said in a television interview when asked about the policy which advocates that host societies welcome and foster distinct cultural and religious immigrant groups.

"Of course we must all respect differences, but we do not want... a society where communities coexist side by side.

"If you come to France, you accept to melt into a single community, which is the national community, and if you do not want to accept that, you cannot be welcome in France," the right-wing president said.

"The French national community cannot accept a change in its lifestyle, equality between men and women... freedom for little girls to go to school," he said.

Merkel in October said efforts towards multiculturalism in Germany had "failed, totally."

The comment followed weeks of anguished debate sparked by the huge popularity of a book by a central banker saying that immigrants, in particular Muslims, were making Germany "more stupid."

He urged a "more active, muscular liberalism" where equal rights, the rule of law, freedom of speech and democracy are actively promoted to create a stronger national identity.

The prime minister, who took power in May 2010, argued that "under the doctrine of state multiculturalism, we have encouraged different cultures to live separate lives, apart from each other and the mainstream."

He said this had resulted in a lack of national identity in Britain which had made some young Muslims turn to extremist ideology.

Sarkozy said in his television interview Thursday that "our Muslim compatriots must be able to practise their religion, as any citizen can," but he noted "we in France do not want people to pray in an ostentatious way in the street."

Marine Le Pen said there were "ten to fifteen" places in France where Muslims worshipped in the streets outside mosques when these were full.