July 23, 2011
It is a sad fact that our system for picking presidential candidates has become one in which only those with burning ambition can make it through a multi-year process that includes caucuses and primaries, followed by a punishing national campaign. 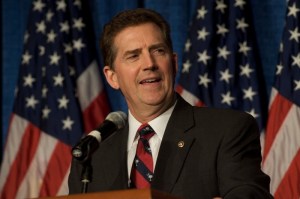 Much criticism has been leveled at the older system whereby regional party leaders selected the nominee at national party conventions. But those party leaders, seeking the most impressive and thus electable candidate they could find, almost always chose well. Their candidates were men known for character and achievement; they were invariably men of faith; and they were typically men of means, who had not relied on a government position for their livelihoods. Like George Washington, they were drafted into service. Some accepted the nomination more eagerly than others.

President Reagan admired the principled, conservative leadership of Calvin Coolidge. Democrat Grover Cleveland was as principled and as fiscally conservative as any man who ever served in the presidency. Today, it is hard to imagine men such as these, willing to sacrifice family and the harmonies of the good life, in order to raise and spend millions while enduring the insults, the pain, and the suffering that accompany the presidential nominating process.

Unfortunately, a system that rewards "fire in the belly" ambition for power usually results in political leaders who are only too willing to use all the levers of power, while spending the taxpayer's money in the process. The bad fruit of power-hungry political leadership has become quite apparent in recent Democrat and Republican administrations.

Members of the Tea Party movement are coming to the realization that the continuation of the current process will simply yield more of the same power-hungry charlatans — Romney, Perry and Obama.

In response, South Carolinians, recognizing that they have a highly principled, gifted, and humble servant-leader in our own Senator Jim DeMint, are testing whether a man not consumed with ambition, but rather a desire to serve in a perilous time, can still make it to the nation's highest office. With support from Congressmen Jeff Duncan and Trey Gowdy, along with dozens of South Carolina Republican officials, two individuals — Javan Browder of South Carolina and Laura O'Halloran of Louisiana — are heading a grassroots movement in more than 30 states urging Jim DeMint to enter the presidential race.

Jim DeMint's candidacy would give the national Tea Party movement the focus and unity it needs. More importantly, it would fulfill an urgent need and answer the prayers of patriots throughout America who yearn to see the restoration of the City on a Hill — a nation blessed by God, which favors constitutional government that is limited in size, safeguards freedom, lives within its means, and stands proudly once again — not only because America is strong, but because America is good.

Those wishing to support the Draft Jim DeMint movement should contact Javan Browder on FaceBook, by E-mail: javanjorie@yahoo.com, or by phone at (864) 414-3920.