December 15, 2011
One month before the Republican presidential candidates will be in Myrtle Beach for an important debate, Newt Gingrich has opened a double digit lead over his closest challenger Mitt Romney in South Carolina voter polls. 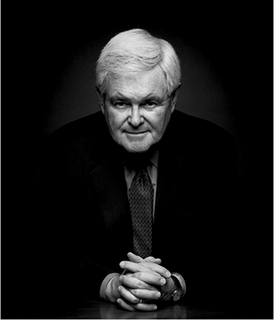 In a recent NBC News/Wall St. Journal poll, Gingrich holds a 40 percent to 23 percent lead over Romney while a recent Reuters poll had Gingrich leading 28 percent to 18 percent. Yet, even with Gingrich leading, the same polls show Romney as the man most capable of defeating President Obama in November.

Gingrich is a conundrum for Republican voters. Often hailed as a visionary by supporters, Gingrich seems to leave a trail of broken dreams wherever he goes.

The man who brought the term Family Values into political discussions, Gingrich is anything but the poster boy for the concept with his three marriages. He also seems confused on his religious preference as he is now a convert to Catholicism after being raised Lutheran and converting to Southern Baptist early in his political career.

However, Gingrich is running for a political office and it is the political sphere and his associations with colleagues that is the focus of this article.

Guy Molinari, a former Republican Congressman from Staten Island spoke about how he learned early on of Gingrich's hypocrisy.

Elected to the House of Representatives in 1980, Molinari sought assignment to the House Investigation and Oversight sub-committee of the Public Works and Transportation Committee.

"In order to get the assignment, I had to get the agreement of six senior Republican congressmen on the committee," said Molinari. "Seniority was everything in Republican committee assignments at the time. Five of the members I trusted and spoke with them getting their agreement. The sixth was Newt Gingrich, who had two years seniority on me in the House and who I didn't really trust." 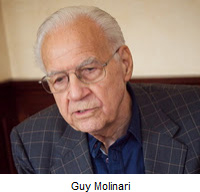 Molinari spoke with Gingrich and, according to Molinari, got Gingrich's agreement for Molinari to be appointed to the sub-committee. Molinari followed up that conversation with a written agreement between he and Gingrich acknowledging Gingrich had no desire to serve on the Investigation and Oversight sub-committee and agreed to Molinari's assignment to it.

Molinari said two years later, Gingrich blocked his reassignment to the committee based on seniority and sought the appointment to sub-committee for himself.

"That was when I learned that I couldn't trust Newt," said Molinari. "He was a man who didn't care about a written agreement with a colleague."

Molinari continued to serve in the House until December 31, 1989, when he resigned to take the post of Borough President of Staten Island. A post he filled from January 1, 1990 to December 31, 2001.

Interestingly, after Gingrich became Speaker, the seniority system for committee assignments was essentially scrapped, replaced by a system that gave Gingrich complete control over the assignments.

Molinari's daughter, Susan Molinari, won a special election in 1990 to fill her father's remaining term in the House. She was re-elected three times and served until June 1997 when she resigned after becoming uneasy with the ideological atmosphere in the House leadership under Speaker Newt Gingrich.

Paxon was appointed chairman of the National Republican Congressional Committee in 1992 and is generally credited for putting together the winning strategy in 1994 that led to Republicans claiming a majority of House seats for the first time in 40 years.

In 1997, members of the Republican House leadership mounted an attempt to replace Gingrich as Speaker. According to a September 1997 article in Texas Monthly by reporter Sandy Hume, House Majority leader Dick Armey of Texas was the leader of the attempted coup against Gingrich, expecting he would succeed Gingrich as Speaker.

Hume broke the story of the attempted coup on July 15, 1997 in The Hill, a weekly Washington, D.C. newspaper that covers Congress. Writing in the Texas Monthly article, Hume related the following about the immediate aftermath of his article in The Hill.

Hume said just 16 hours after his article on the coup appeared, "Armey stood before all of his fellow Republicans in a closed-door meeting and denounced The Hill in general and my story in particular. But no sooner had the word "trash" come from his mouth than a crash came from the back of the room. One of the rebels intimately involved in the coup, Lindsey Graham of South Carolina, knocked over a chair in a rush for the microphone to set the record straight before being forcibly restrained by another Republican."

According to Hume, Armey had discovered Republican members of the House preferred Paxon for the Speakership, not him. Armey, then, broke ranks with the coup he started and warned Gingrich, blaming Paxon.

"Newt Gingrich accused my son-in-law of starting the plot to succeed him and that is absolutely not true," said Molinari. "In the aftermath, however, Bill became so disgusted with the House leadership that he ultimately resigned his seat."

That aftermath had tragic consequences. According to a 2004 book, "Rome Wasn't Burnt in a Day," written by former Florida Congressman Joe Scarborough, Armey went to great lengths to destroy the career of Sandy Hume catching Bill Paxon in the crossfire.

Hume committed suicide on February 22, 1998. After his suicide, Armey, according to Scarborough, spread rumors about a gay affair between Hume and Paxon. Paxon resigned his seat three days after Hume's suicide.

Asked about the rumors about his son-in-law and Hume, Molinari said, "Many of us thought Gingrich was the author of the charges (of the gay affair). That was typical of the kind of thing Gingrich would pull." 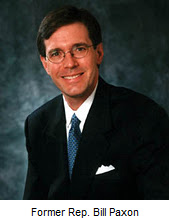 "Bill was so disgusted about what was being done to him by his supposed colleagues that he just quit," said Molinari. "I can guarantee you as his father-in-law, there was nothing to those rumors and Bill is definitely not gay."

It is interesting that Gingrich, Armey or both chose to use a gay charge against both Hume and Paxon. Gingrich has called being gay "an abomination" and supports the Defense of Marriage Act that prohibits gay marriage, yet one of his top political lieutenants, Joe Gaylord is known as being gay among top Republicans.

Several longtime members of the South Carolina Republican Party, speaking on terms of anonymity, acknowledged to this reporter they know Gaylord is gay.

This acknowledgement is strengthened by a story related to this reporter by a top Northeastern Republican campaign operative who acted as a driver for Gingrich when he attended a 1986 fund-raiser for Republican Congressional candidate Albio Sires, the same Albio Sires who now represents the West New York, N.J. congressional district as a Democrat.

"I have no idea why Gingrich was going to a gay bar," said the operative. "I was a huge fan of Newt when he agreed to come to the fundraiser, but, seeing him up close and driving him around was a huge letdown. He is a total and complete phony."

Molinari said he has also heard rumors about Gaylord being gay, but has no first-hand knowledge whether the rumors are true or not. However, he does support the notion that Gingrich is not what he purports to be.

"Because we are at a critical time in our country and we need a real leader very badly, I feel morally I'm obliged to come forward and tell what he (Gingrich) has done," Molinari said. "So many stories are coming out — stories where Gingrich violated his promises. He's a great masquerader. He'll lie and he doesn't care."

Voters in South Carolina will be asked to vote for their preferred candidate for President. Will Gingrich hold his lead or will his past catch up with him?

What Gingrich hopes the voters will do is best contained in a quote that his second wife, Marianne Ginther Gingrich, attributes to Newt after she discovered his affair with current wife Callista Bisek Gingrich.