February 19, 2016
Donald Trump brands himself as a builder and manager of luxury developments, including Trump Tower, where he resides. He is surrounded by marble and gold, as well as the finest furniture. However, what most people fail to see that the roots of his fortune were built on the lower and middle classes, largely with the assistance of the government.

Now, Trump wants to be the next President of the United States, and is willing to insult and defame any of his opponents in both parties to accomplish this. The Donald is not used to losing, and will not lose without a good fight, no matter who may get hurt. He has accused Ben Carson, a brilliant and accomplished surgeon, of being a child molester. To hurt Hillary, he accused Bill Clinton of being a rapist. He also accused Jeb Bush of having low energy, although he led the state of Florida to economic prosperity, and managed disaster control through many hurricane seasons. He also accused Bernie Sanders of being a Communist. Surprisingly, his opponents aren't bringing up his past questionable business dealings, which include many things he cannot be proud of, including four corporate bankruptcies!

The Trump Organization was built by his father, Fred Trump, and later headed by Donald Trump from 1971. The senior Trump built small homes in the boroughs of New York City after WWII, largely with the help of low interest government loans. He also built and managed apartment complexes that were far from luxurious, also with help from the government. He built the Beach Haven Apartment complex in Brooklyn, New York over swampland, and the foundations were continually settling. These and other developments would eventually bring in great wealth from the United States government, utilizing the federal Section 8 housing program, which was designed to assist low income people. Although Donald Trump downplayed his holdings in the outer boroughs compared to his interest in luxury Manhattan properties, in 2003 he sold all of them in a package deal bringing in six hundred million dollars.

When the former Soviet Union immigrants arrived in New York in the late 80's and early 90's, they needed a place to live. The Trumps were more than accommodating. First, they bought condemned buildings in Brighton Beach, Brooklyn, New York and brought them barely up to code to rent to them. However, they also had multiple apartment buildings that they could convert to Section 8 for low income people, and the immigrants fell into that category. Most came from the Ukraine, and many were released from Soviet prisons.

They could only take the equivalent of $200 American dollars out of the Soviet Union, and these people had no jobs waiting for them. Also, most did not speak English, and the possibility of work seemed remote. However, they were eligible for Welfare, Medicaid, Food Stamps, Education, Job Training, and Section 8 housing.

The problem for the Trumps was to get vacant apartments, and change the method of paying for rent from private parties to the government. Many of the tenants were longtime residents, and their rent was stabilized and low. Thus, an apartment that was going for $400 per month could be raised to over $1000 or more if paid for by the federal government's Section 8 program. The new tenants would only have to pay a minimum fee from their salary or welfare benefits. However, usually, they didn't work, at least legally on the books.

They had several ways to accomplish getting the current tenants to move out. One way was to stop making necessary repairs, including repairing broken elevators and boilers. Requests for repairs to apartments were particularly ignored from senior citizens who were paying lower rents.

Another move was to have inadequate extermination against the many roaches, mice, and rats that were quickly taking over. The rats were larger than some dogs, and were so brazen that they played outside freely during the day! People became scared of them, especially the children. When the Trump Organization decided to replace the windows in the Beach Haven development, they used foreign, non-union workers to do the work. They broke all the windows by pushing them inside, allowing glass pieces to enter the apartments, and create hazardous conditions for the tenants. Also, they took in undesirable tenants that didn't work. One man was running around the building naked, and frightened people.

The park across the street owned by the Trump Organization and leased to the city of New York was full of hypodermic needles from drug users. They made no effort to deal with this situation, and people were afraid to let their children play in the park. Many of the tenants were elderly, and they were fearful as well. When the park was burned down by a gang of local hoodlums, Fred Trump replaced the standard park equipment with new equipment which included a 40 foot slide with no side rail protection, which was extremely dangerous and may have caused severe injuries to children.

When current tenants requested to have larger apartments, they were told that there was a huge waiting list (of Soviet immigrants), and they did not honor those tenants who were longtime residents to be considered first to move into larger quarters. If someone from the outside who was not Russian wanted an apartment, they were told there were none available even though they had adequate income to pay the rent, while giving the Soviet immigrants apartments who had no job or income. This was against the fair housing laws of New York State. An examination of rental records and Section 8 records will show a movement of rental units from American citizens to Russian immigrants. Thus, Trump attempted to solve his money problems of the late 80's and the early 90's with taking money from the federal government via the Section 8 Program with the aid of the new Russian immigrants.

Also, many Soviet mobsters moved in as well, which scared current tenants, and further encouraged them to find other places to live. There were shootings and other crimes being committed, and the police and FBI were on the premises frequently. Tenants were so fearful that they had to put up gates on the fire escape windows, which could prove dangerous in case of a fire. Also, there was much talk within the community of bribes being placed for thousands of dollars to get a higher place on the list for apartments, so the new immigrants could move from old, substandard dwellings to better, more "luxurious" apartments. While these apartments were not luxurious by American standards, they were to the new immigrants. Since these immigrants had little money, they may have had to resort to committing crimes to obtain some. Fred Trump, whose office was in the complex, was accompanied by an armed body guard. Yet, Donald Trump is firmly against immigrants from the Middle East, many of whom may be innocent victims of their political environment, and not criminals or terrorists.

During Mayor Koch's administration in New York City, affordable apartments were at a premium, as many buildings had been converted to co-ops at very high prices. It was not uncommon for an older building to convert apartments for $100,000 dollars and more. Thus, many working middle class people living in Trump apartments were forced to leave the city if they wanted to escape the deplorable and frightening conditions of living in a Trump controlled apartment complex in order to find reasonable and safer dwellings. Thus, Trump, and other landlords were largely responsible for the outward migration of the middle class from New York City.

Trump used immigrant workers, as well as American workers, and paid below scale, or didn't pay them at all. This was the case in the building of Trump Tower and the casinos in Atlantic City.

I am tired of hearing about Trump, especially when he portrays himself as wonderful, and every other candidate as hopelessly flawed. These are the characteristics of a bully with delusions of grandeur! Yet, he is unwilling to accept any form of criticism, and has been known to take revenge on his critics with lawsuits and other methods.

He has continually abused working people and American citizens, and now is using American's fear of new Muslim immigrants to gain support for his campaign. He is calling for the deportation of all illegal immigrants and then perhaps wants to bring them back to set them up in apartments that his company will own at the expense of the government under the Section 8 Program, of which he is so familiar with. Aren't American voters smarter than this? I believe that putting Trump in the White House would not only be a stupid move, but a dangerous one as well.

An article appeared on July 20, 2015 in The Village Voice by Wayne Barrett and Jon Campbell outlining Trump's questionable real estate dealings including political patronage and government funding entitled, "How a Young Donald Trump forced his way to from Avenue Z to Manhattan."

A documentary about Trump has surfaced after being suppressed by Trump by means of threats of spreading rumors about the investor's wife, threat of lawsuits, and successfully suppressing the media for many years. This is a summary of some of the highlights:
His history shows that he does not have respect for the law and is highly unethical. His only concerns have been for his own profit and marketing his brand and outrageous personality. Please watch the suppressed documentary here: 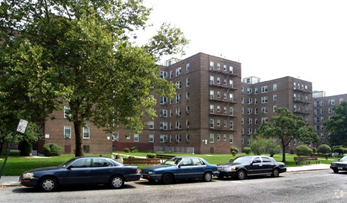