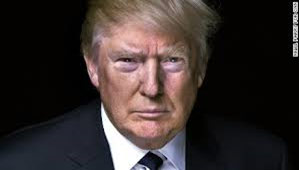 If the ACA is dismantled with no replacement, and cuts are made to Social Security and Medicaid, many people will simply die!

Without health care coverage, many poor people will not receive preventive care, nor will they receive treatments even if they are life- saving. Many of the elderly are already struggling with their fixed incomes, and often must choose between purchasing food or medicine. If cuts are made, the elderly will not seek out health care professionals in time to prevent major setbacks and even death.

Certainly, money will be saved if lives are lost: there will be less people to pay. However, this is not the way America is supposed to be. We have always been a compassionate country with empathy for the vulnerable and less fortunate among us. Often, dictators target these groups before completely taking over because they are an easy group to dispose of quickly because it's a "slippery slope" after that. Since Trump became President, hate groups are springing up all over targeting Jewish Cemeteries and Jewish Centers. Amazon is even selling anti-semetic items on line.

Only the well to do will survive in this new Trumpian Universe. However, many business owners will soon find themselves without a work force, as more of their low paid workers become ill or die. The government will also lose tax money from these workers, and elderly who pay taxes as well. If people are sick or dead, they can't pay taxes. Also, many health care professionals will be out of work, and will pay less or no taxes.

What about mentally ill people who rely on psychoactive drugs to control their symptoms and drug abusers who are in rehabilitation? Might not being thrown off their health coverage create more chaos and crimes? What about the chaos that will fill emergency rooms all over the country?

Yes, Mr. Trump, health care is complicated, as it affects every facet of society, including the economy, and the whole spirit of America. In fact, one's health is the most important thing in life, and it is more important than money. If you tamper with people's health, the whole foundation of the nation can go down.

It is time to contact all your federal representatives to tell them to stop this madness. Those who are not directly affected by this should also join the movement to prevent this kind of assault on the American people. It is time to tell Trump, "No way, Jose." Is it a wonder that Donald Trump has become the most unpopular president ever, and many, including psychiatrists are stating that the believe he is mentally unstable?

This is not reality TV, but real life and real people. Why doesn't Trump ask the executives of health care insurance companies to be good Americans and take a pay cut from their multimillion dollar salaries? Perhaps that is at least part of the answer.