June 23, 2014
BAGHDAD, IRAQ – Whenever Christians are caught in the crossfire of civil wars, (but always in the cross-hairs), Christian Aid Mission is the one organization who can be counted on to assist. 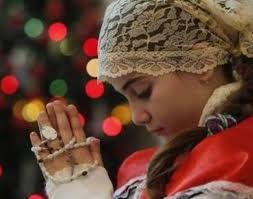 The civil war that erupted in Iraq last week has placed Christians in great peril and forced the evacuation of hundreds of thousands of civilians.

According to Christian Aid E-alert, the group known as ISIS (The Islamic State of Iraq and Syria) seized Mosul, a city of two million people, and Tikrit, the hometown of former Iraqi dictator Saddam Hussein. More northern towns fell to the insurgents over the weekend, as they continued to advance southward toward Baghdad.

That's bad news for Christians in Iraq, and for the two Mosul-based ministries that contacted Christian Aid Mission with grim reports of violence and a mass exodus out of their region. The following email was sent by a ministry that has planted churches and led many Muslims to Christ:

"Please pray for us. we are scared. Last night they came in our church building and started breaking everything they saw. They took our pulpit down and removed the cross. Then they threw gasoline on it and burned everything.

"We were all hiding in the church basement but we had to go out because of the smoke. As we started running out they saw us and started shooting at us. Some did not make it, but those who did ran in all directions.

"Those who were captured were killed on the spot. Most of those who attended the meeting are Muslim background believers. Please pray for us. We don't have a place to go to and we don't know what to do."

Christian Aid asks: "In the midst of the turmoil, where is a safe place for Christians?" For now there is no clear answer. Many are heading to Kurdistan, where there is more religious freedom and property.

Before 2003, Mosul had a significant Christian population of some 130,000. Since then the number has dwindled to a reported 10,000 due to frequent attacks on Christian homes, businesses, and churches. The city may soon be emptied of nearly all Christians now that ISIS militants have taken full control.

A similar story of Christian hatred can be seen in all Islamic countries. In the town of Bartilla, according to cbnnews.com. About 25,000 Christians have fled there. However, CBN News couldn't find one person who would talk on camera out of fear of retribution.

The living conditions there are abysmal. There is no water because ISIS has turned it off. There is no electricity because Prime Minister Nouri al Maliki's government has turned that off.

CBN did find a house church leader who talked to them on the way back to the Kurdish capitol, Erbil. Pastor Majeed said that when ISIS captured Nineveh, it gave Christian residents three choices: obey, pay or leave.

They still are not allowed to open their churches. If they do, those churches will be burned down, the pastor explained. "And also," he said, if they don't leave and don't pay the tax (dhimmi, the tax for non-Muslims under Islamic rule) they should give their heads." He was talking about beheading.

In another area, Nigeria, the Boko Haram raided a remote Christian village, slayed 15 and burned down churches and homes.

This is precisely what is intended for the future of America. What do we do? First, all Christians must pray earnestly for God's help for those Christians in the Middle East. We must make Sunday Church Services a vital part of every week, a place where we pray and strengthen in the faith. And we must keep God in the very center of all our lives.

To be kept informed about Christians overseas, subscribe to E-alert at: insider@christianaid.org