Rev. Austin Miles
Mothers: a gift or not a gift?

Working as a chaplain I have spoken to many young and older people about their mothers. Some were in a violent world they had created for themselves, while some were in prison or in juvenile detention. Others were executives with families who were well respected in their communities. Asking each one what brought them to this point in their lives, all of them said basically the same thing. That their mother’s influence was the reason they were where they were.

Thinking back on my own life I could see how that could be true. Shortly after I was born, my father split. He wanted nothing (like me) to stand in the way of his being a ‘ladies man.’ My mother, Mevel Shanks Keeney, crushed by my father's action, packed us into her car and drove from Texas to the Midwest where we had relatives in Kentucky. We settled in nearby Evansville, Indiana where she quickly got a job at the Southern Indiana Gas and Electric Company as a secretary.

Women made less than men at the same jobs so it was a stretch to live on her paycheck but we did. And she had to take money from her modest pay check to put me into day care while she worked. We had rented a walk-up 2nd floor apartment. on Governor Street. She made that into a home with furnishings, inexpensive, but tasteful. 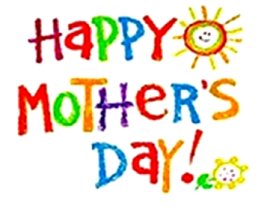 Even as a three year old, I noticed her impeccable manners, honesty and morals. Even though her clothes were inexpensive she looked like a model.

In those days, stores had ‘charge accounts’ where one would pay for merchandise by making payments each week, which she did without fail. A department store she had an account with, Straus and Brothers, suddenly caught on fire during the night. Everything in the business office was destroyed. The next Monday she went to the store. A few people were there trying to put things back in order. My mother spoke to a woman and said she was there to make a payment on her bill.

‘Oh my,’ the woman said, everything in the office was burned up. We have no idea how much you owe.’ “Well I know how much I owe,” she said, “so let’s go where I can pay you.” The woman walked to an open area, my mother said, “Here is my payment”, the woman took it, marked it on my mother’s receipt. Mom continued to go back every week while they put the store back together, never missing a payment until the bill was paid in full.”

One night she said to me, “Would you believe that there are people who took advantage of that fire by not paying their bills?” Even at three years of age that made a lasting impression upon me. Even though we had so little money to live on, this made me feel that we were better than those people who used the fire as an excuse not to pay their bills.

When Christmas came, my mother did all she could do to make a good Christmas for me. She managed to get a scrawny Christmas tree, and some lights which she strung on the tree. In those days the bulbs were big, not like the little twinkling bulbs they have today. And to this day I still want those big lights on the Christmas tree.

‘Silent Night’ was playing on her radio. It was Christmas Eve. She knew that she had paid all her bills but there was nothing left for a Christmas dinner. She looked into the bare cupboards. Yes, they were empty.

She went to the living room, sat down on our sofa, and began to cry. It was the first time I had seen my mother cry. I walked over silently, put my little hand in hers and sat quietly at her side. Suddenly my mother stopped crying, wiped the tears from her face, and said, “What’s the matter with me? God has been good to me. He’s kept us together, He’s kept a roof over our heads….Oh Lord, forgive me for my unfaithfulness. C’mon Son. You can help me.”

She got out a fancy table cloth that her grandmother had made and given her, put it on the table, then placed the best dishes she had along with silverware, and then found a candle and holder which she put it in the middle of the table. One would have thought we were about to sit down to the finest Christmas dinner in town.

She lit the candle, we sat down, she took my hand in hers, and prayed over that empty table, thanking the Lord for His goodness. As she was praying, there was a knock at the door. She continued praying as the knock became more persistent. She closed her prayer, then got up to answer the door. Standing on the other side of the door was a messenger with an envelope in his hand which he gave to my mother.

Puzzled, she took the envelope, thanked the messenger, came in and opened the envelope. There was a note from her boss which said; “Becky (that was the name my mother was known by), I didn’t have a chance to buy your son a Christmas present. Here is $7.50. Would you please buy a present for me to him?

That was a lot of money in those days. My mother grabbed me by the hand, “C’mon Son” she said. We dashed down the stairs, into her car and she drove to Hasselbach’s Grocery Store, going in just as the store was getting ready to close for the night. She filled up a basked with food, paid for it, and had money left over, we came home, and we did have the finest Christmas dinner of anyone in town. This is when I began to really know God, and to inherit the integrity of my mother.

I have never cheated any man, nor would I ever. My young adult life started in show business, traveling road shows, doing some movies and was successful. However, I could never get that scene at the empty table out of my mind. I left show business to enter the ministry which was blessed.

When my mother died, not too long after my ordination, I did her funeral. It was my first one. “How can you do your own mother’s funeral?” her best friend Margaret asked. “I can do it because I loved my mother and I knew her better than anyone.” The funeral home was packed. I used as my text, Nehemiah 8:10–“For the Joy of the Lord is my strength. I feel that joy this morning and extra strength knowing that my mother went in great victory to be with The Lord.”

I told how my mother had actually died in the hospital, I had asked God for two more years with her before He takes her home as we had things to work out. She came back and the first thing she said was, “Son I saw Him. I saw Jesus! When it is my time I am ready to go. I KNOW He’s there.” And the next two years were the greatest we had ever known.

It was a blessing to have the Mother I had. To all mothers out there, HAPPY MOTHER’S DAY. And for those who had a substitute mother, do wish them a Happy Mother’s Day and maybe even take a single rose to them. They no doubt played an important role in your lives.

And a Very Happy Mother's Day to my wife Shirley, the greatest wife I could ever have, the best mother, grandmother and great grandmother the world has ever known. As Spencer Tracy said about Katherine Hepburn in a movie, "She is cherce!" That is "choice" in New England slang.