October 27, 2014
OAKLAND, CA (10/26/14) – An issue dominating the news is a diagnosis called, "Brain Dead." This too-long awaited discussion topic has been brought into the national consciousness by a 13 year old Oakland girl named Jahi McMath. She had gone to Oakland Children's Hospital last December for what should have been a routine tonsillectomy surgery. 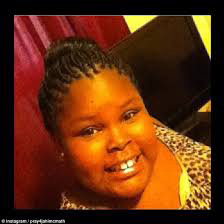 Something went terribly amiss. The hospital reported that during the surgery Jahi suffered a heart attack that left her, "brain dead." The hospital gave only sketchy details of what actually happened and worked to have her removed from life support machines and from the hospital as quickly as possible.

Her family felt there was still hope. Attorney Christopher Dolan came forward to assist the family in this...life...or death?...issue. A search began to find a nursing home that would take her as her stay in Oakland Children's Hospital was extended by legal briefs.

Curiously, the hospital did everything possible to keep the family from taking her body to another facility. A care center in New Jersey said they would take her and the trip was arranged.

As the months went by, videos were taken showing Jahi moving limbs upon her mother's command. What is more, according to Bay Area News Group in a story written by David DeBolt, the swelling in her brain has receded and tests now show different results.

The tests confirm that Jahi's brain did not liquefy, which is what regularly happens to "brain dead" patients within weeks. "Her skin," says her attorney, "remains warm and soft" after 10 months of the original diagnosis.

For the first time in medical history, the parents are now suing to have the death certificate in California stricken from the records since the parents consider her still alive, particularly considering the body and brain functions now detected in Jahi.

This week it has been reported widely that it is discovered that people in comas were and are totally aware of what is being said and done around them and silently reacted in terror as they heard discussions of taking their organs for transplant. That means they would be aware as doctors sliced into their bodies to yank out vital organs. They can hear but not speak. To them it is like being in a concrete tunnel where their words cannot get out

In my earlier years as a New York Chaplain regularly visiting hospitals, spending a lot of time in coma wards, it became obvious that they could hear and understand what was being said near them. At that time I spoke to doctors, nurses and family members cautioning them to speak only uplifting encouraging words near their patients or loved ones, and never to speak of their "serious" condition. This eventually would become widespread amongst health care workers and doctors. That is where that idea began.

Another case was a boy in Portugal who was hit by a car and was left in a coma. He was there for several months. When he eventually came out of it, he could say who came to see him and what they said. A family member of the boy told me of this in California.

Another was a young woman who was left in a coma where she remained for several years. The family never gave up. When she finally came out of it, she not only remembered who was there, what they wore and what they said, but she remembered every birthday party they held in her room and holidays.

The coma ward is an unsettling place since all the patients have their eyes open but apparently see nothing. It was like a place of the living dead.

I studied psychology in college and was interested in biological psychology. Spending many a night in the laboratory with a human brain on the table in front of me, I tried to learn everything possible about brain death and the stem cell, with the nagging question: "How dead is brain dead?"

Hopefully, as my books come out, there will be enough money earned to sponsor at least one full time scholarship for a student willing to devote his or her life to unraveling this important medical field.

Meanwhile, experts on both sides of the issues continue to debate the case of Jahi McMath. Her case could well be the defining moment of this puzzling dilemma. Her family and close friends remain hopeful. And remember, it was not that long ago when it was assumed that people in comas were unaware. Jahi's case deserves full attention.