April 8, 2015
CONCORD, CA (4/6/15 – The Global Warming hoax is being vigorously pushed insistently for a reason. Those who question the authenticity of this skewed thesis are derisively called, global warming deniers, and when that term was no longer trusted it was changed to climate change deniers. 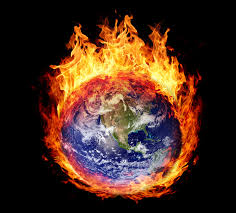 Indeed, the Obama Democrat-Communists are at this moment trying to push through a bill that would result in huge fines for climate deniers and even jail time for saying that global warming is nothing but a ruse. Yes, possibly even jailed for a scientific opinion. That is where Obama has (and is) taking our country, which is becoming a gulag of total control over its citizens.

When a movement becomes this desperate, you can bet that it is something that has nothing to do with the safety of the world but rather something of personal value to others.

First of all, global warming is not caused by man-made carbon dioxide as they have shouted from the housetops. The fluctuating temperatures, cold and hot, have taken place since the beginning of time. And there is one explanation: The sun! The sun ONLY creates warming or lack of warming. Not man. NASA has confirmed this. It has nothing to do with man-made carbon dioxide.

Yes, carbon can cause smog which makes breathing difficult, especially In Los Angeles and nations like China. However this problem can be reduced by closely examining and changing fuel content.

Global Warming is engineered to frighten the world into believing that the growing heat of the universe, which they say is increasing, fully demonstrates that the entire world will suddenly go up in flames.

What is the purpose of these alarmists? To have a WORLD TAX implemented, something those in control have been trying to achieve for decades. Obama has tried it by changing the term from Global Warming to Climate Change and actually has been able to impose a CARBON tax in the U.S, which stems from the original definition of Global Warming. This is a warm up before the global tax initiative takes effect.

Al Gore who can infect one with Agoreaphobia syndrome, has fronted this scam and so far has been enriched by over 100 million bucks. He wrote a book that became a documentary titled, An Inconvenient Truth that unbelievably influenced the Academy Award Committee to give him, I choke when writing this, an Academy Award for the documentary which certainly was not up to professional industry standards. This was strictly political.

So there was a big payoff somewhere. Then he was ALSO awarded an Academy Award for the, gulp, music! This writer/reviewer is very easy to please with music, but that film music stunk.

A group of Hollywood actors started a petition to have the two Oscars recalled – taken away from Gore. Then that attempt fizzled out. Why?

First, the Academy will only award films that are slanted to portray what the producers want the public to swallow as accurate portrayals of events, people and society. Hollywood has become one big propaganda machine with effective glamorous brain washing.

Surely you have noticed how bad pictures with a socialist anti-ethics-religion slant get awarded while other absolutely great pictures are tossed aside. One I think of is Robert Downey and the excellent film, Chaplin, the story of Charlie Chaplin that Downey absolutely nailed to perfection. Then again, that film put J. Edgar Hoover in a bad light. We can't have that dontcha know.

If the global warming deception accomplishes what is intended, a global tax, Al Gore will be paid a billion dollars for fronting it, according to reports.

The Obama administration will promise that there is nothing to worry about, a global tax will only be a couple of pennies which will be a cheap price to pay to stop this planet from blowing up into a fireball horribly killing us all. Nobody will really be inconvenienced by a couple of pennies. Our lives and safety is at stake.

Just today, April 6, 2015, The Contra Costa Times just published that the city of Concord, California has passed a new sales tax, which is, now get this, a quarter of a cent. And that fraction of a penny will bring in $8 million for the rest of 2015 and 2016. That is eight million dollars in less than two years from a quarter of a cent.

And that tax only affects those who buy stuff. Think how much that will bring in if the entire population of Concord, which is: 125,880 would pay that tax regularly as well those who buy things.

The world population is presently 7.2 billion. The Obama administration would probably install a tax of one and a half cents per person in the world. This will bring in TRILLIONS of dollars – yes plural – that these world leaders will have at their personal disposal and enable them to rule every city, town and country in the world according to their own personal whims, desires and even perversions. They will be able to buy anything their greedy hands desire to possess, and that includes people, very young and old.

This is what is going on out of our sight. Newspapers give a hint as to where we are going, but the horrific plans engineered for total dominion of the world are soft peddled by the liberal-Communist controlled news media so that we don't know for sure what is really going on.

This is only one action Obama is taking in his quest to be Emperor of the World. Unless our Senators and Congresspersons take an action that is already tardy Obama will have what he wants. Meanwhile he is advancing and profiting by his deceit.

Beware lest any man spoil you through philosophy and vain deceit, after the tradition of men, after the rudiment of the world, and not after Christ. Colossians 2:8