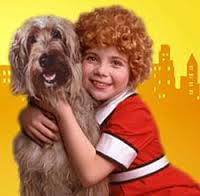 MARTINEZ, Ca (9/18/15) – The inmate was shivering in his cell, not because it was cold, the cell block was actually overheated. The prisoner paced nervously back and forth as the clock was ticking down toward the dreaded morning to follow. Why was he soon going to be executed? What had he done wrong? He liked people and would never harm anyone.

He tried to nap on the concrete bed but was too restless to really sleep. One could hear his muffled cries.

He had come from a bad family that mistreated him before abandoning him out on the street, when he was very young, with no resources. Making an effort to survive, he was suddenly seized and taken into custody for the crime of being homeless, meaning unwanted. He was then thrown into this cell.

He could hear the anxious cries of the other inmates on death row. And he knew full well what happened every morning in that dreaded room to the left of him. The smell of death permeated his senses as he tensed up knowing what was about to happen to him.

That morning the inmate flinched as he heard heavy footsteps approaching his cell, then the clatter of the door as one of the two officers opened it and grabbed him for his trip to that room.

He was put on a table. His body tightened as he got a glimpse of the needle that would be plunged into his leg, followed by a frightening tingling sensation that surged throughout his body which became a scalding hot flash. He took one deep breath, his heart stopped...and his life was no more.

He had done absolutely nothing wrong. However there was talk that there were too many like him that had been abandoned so the population of them must be thinned to make room for others. We have heard similar statements from the United Nations. And they were talking about people.

The one whose life had just been snuffed out, loved people and his first instinct was to wag his tail when they came to take him to be executed. His tail quickly went down between his legs as he was taken to his fate.

William Berloni, an animal trainer saw a stray scrawny mutt in a shelter who was terrified of people (he had been badly abused from the time he was a pup), and was scheduled to be executed the NEXT DAY.

On a hunch, Berloni paid 7 bucks to spring him, and that dog, due to be put down the next morning, became the dog, Sandy, in the Broadway Musical Annie that played for 7 years. Yes, that stray scrawny mutt that nobody wanted became a star.

It is past time to urge all Board of Supervisors to make County Animal Shelters NO KILL shelters. There is plenty of support for that. There are MANY families who could adopt them or at least foster them until they can be placed with a forever family if this effort was made.

You have never been loved until you have been loved by a dog. That is the only creature on earth who gives us unconditional love. Please, animal groups, push for No Kill Animal Shelters in your County.