October 20, 2015
FT. LAUDERDALE, Fla – (10/19/15) – Moment of Silence for vigorous shaking of heads. This was just reported by the Sun Sentinel and put on the wire where it is treated as a ho-hum item buried amongst other news. Check your papers today to see this. Chances are, nobody will really pay attention, which is the intention of the controlled news media. They want this to take place quietly. 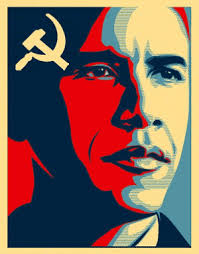 When Obama opened up Communist Cuba, ushering in "normal relations" with the United States, he had something more up his sleeve. His action opened up travel between the two countries, meaning anyone can go back and forth at will. Then the clincher arose.

Obama now has allowed his brother and sister Communists in Cuba to collect U .S. welfare checks, identifying them as "persecuted refugees!" And how does this work? Cubans can come to the U.S. (a short hop from Miami) to receive their 'benefits' and then return to Cuba where they live. Those checks are used to support their lives on the communist island. They contribute nothing to America.

Meanwhile, we have homeless veterans on the streets that need help. Instead, the tax dollars we each are forced to pay from our wages could assist them, but instead, are used to support those who have done nothing to support America while ironically living under an ideology that insists upon destroying this country.

There is more behind this. When the "election" cycle began in 2008, Obama, who was force-fed to America by the Communist Party USA (CPUSA) who sponsored him, said right off the bat to Joe the Plumber who asked him what he would do as 'president.' Obama, without hesitation said, "I plan to re-distribute the wealth." That statement, which comes directly out of the Communist Manifesto, gave us an early clue.

We did catch that but CPUSA used their combined force to shoehorn Obama into office. He was NOT voted in, he was PLACED there in a silent coup.

Communist leaders, who are very patient, have been slowly slipped into Washington, D.C. political offices for many years until they became a majority. Their goal is to place the U.S. under Communist control, the last country standing in the way of the One World Government. Once the U.S. has been fully conquered, it is all over.

By forcing the U.S. to redistribute her wealth to a Communist Country means that the final nail in the coffin has almost been completely hammered in, unless Obama is stopped, and he can be.

The first step to get him out of office has been accomplished with the forced resignation of House Speaker John Boehner, whose lack of testosterone kept this namby pamby wimp from taking the stern measures necessary to save the United States of America. It was directly in his hands, but he let the water flow through his fingers.

There is hope that a true patriot will be put in as the new Speaker of the House, one who will immediately call for the Sgt. at Arms to escort Obama out of the Oval Office and charge him with Treason and general malfeasance. There are plenty of solid legal reasons to do so.

And this must be done before 2016, a year where Obama plans to cancel the election and by Executive Order, declare himself President for Life. This is exactly what is intended, and we know exactly the "emergency" he will engineer to give him that authority.

U.S. Representative Mario Diaz-Balart, R-Fla and Alabama Sen. Jeff Sessions both stand against this latest idiocy instituted by an illegal occupier of The Oval Office, an illegal alien who has taken full advantage of all the perks of having access to one of the world's largest bank accounts, while determined to keep the rest of America, and the world, in third world poverty.

The New House Speaker has a history-making task ahead: ridding America of The One who committed the greatest fraud the world has ever seen. The task of the new Speaker of The House is now defined. Let's find him and put him in.