February 26, 2016
Presidential Candidate Ted Cruz would be a far better president than Obama, indeed, ANYONE would be an improvement. However, Cruz has an eligibility problem. In order to run for or become president, one must be a NATURALIZED citizen, meaning that he or she must be born in America as well as his or her parents. 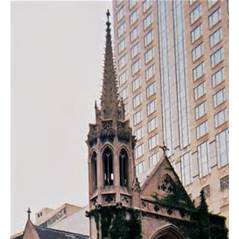 Cruz was not born in the U.S., but in Canada. Even though he says that his mother was born here, that does not count. The FATHER must be the one born here to legitimize natural citizenship. This is an unbending rule.

We have a similar problem with Marco Rubio, a brilliant young man who no doubt would be a great leader but faces the same eligibility problems. That issue is sliding.

SLIGHT PAUSE: How about Obama, who was NOT born in the U.S. (Kenya-we've seen the actual birth certificate), nor his father, and it is documented that he came to the U.S. as a FOREIGN STUDENT? What is worse, he got away with it. In his case, he was not voted in but placed in the Oval Office without challenge from the jelly-spined republicans. Again, the democrats got away with it. Was this to establish something?

The leftists have tried to ridicule those who challenge his legal birth place by calling them, "birthers." The United States of America has been in shambles since that fraud was jammed into the White House.

Now voters are willing to look away from legitimate requirements of the highest office, having totally ignored it during these nightmare years of Obama, by looking past those requirements for Cruz and Rubio. We cannot do that since it would create a precedent.

This is a perfect example of chipping away at the principles put in place by The Founding Fathers, with the goal of eventually making the U.S. an open country where anyone can take over the Oval Office no matter who they are, where they come from, and with no information whatsoever about them.

CHIPPING AWAY at established principles, institutions, morality and even the Christian Faith is a well thought out method of doing away with this glue that holds society together in order to open the way for evil to take-over minds, hearts and civilization itself.

There was a time when the church was a calming dominant factor in every society. Churches never locked their doors so that anyone could come in and pray at any hour day or night. The deep respect was such that even the most vile criminals and thieves would not even think about stealing from churches, much less vandalizing them.

The church was such a sacred presence that every business was closed on the Sabbath (Sundays) in order to allow the people to attend church and worship God. That day, as ordered by God, was to be a day of rest and a day to spend time with family and The Lord. Exodus 20:8-9-10-11.

As the Communists managed to slip into every area of government, they hatched a plan to chip away at the Church's importance by first re-writing a phrase, Separation of Church and State, to push the church back from prominence. This would restrict Christian speech and activity in public.

Next, beginning in New England, the Sunday closing of all places of business (known as "The Blue Laws") became the target which would hack down a powerful recognition of the church and God. Along with flinging the doors wide open for stores and businesses on The Sabbath, in order for commerce to be the focus on that day instead of God, Sunday became the time to attend or watch a sporting event and all other entertainments. The church became the last consideration for Sunday activity.

Morality was ridiculed and considered "so last century" (a sodomite phrase), that immorality became the IN thing and citizens fell for it, supported it and even took part in it. Since the church preached morality, this was like the death blow for the church, which is considered a threat to Communism which is the basis of the attacks.

With chipping away at the awesome respect the churches once possessed, vandals and thieves now especially target them for robbery, destruction, and even rape of someone inside. We can now see, in one former famous church in San Francisco, disgusting graffiti on the outside walls. Crime has escalated in ways never expected, with daily murders taking place everywhere.

The Democrats and their Communist sponsors are accomplishing their goals. The formula works. Chip away at the foundations of those things you wish to conquer and even the most decent things can be toppled.

We can put a stop to this beginning with this coming election. The qualifications for the office of the President must NOT be chipped away, no matter how good the candidates are. The goal of the chippers is to tear down everything that has worked to make The United States of America an exceptional country.

We can begin with having Obama escorted out of The Oval Office. He has no qualifications whatsoever plus he is guilty of treason.

His entire life has been kept in Ft. Knox style security. How have they gotten away with this? Because of a spineless congress and senate who haven't the guts to stand strong.

This leaves us with only one viable candidate who DOES stand strong. One who is beholden to no-one, has a spine, is angry of what this once great country has become, and is determined to restore it.