Rev. Austin Miles
Islam is NOT a religion! 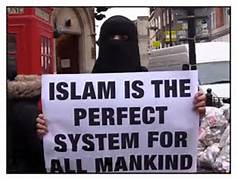 Let us be totally clear: Islam is not a religion qualifying for religious exemptions including Freedom of Religion. It is instead, a violent political ideology with the goal of taking over the world. Islam teaches its followers to murder any and all "infidels," meaning those who do not accept their manifesto of hate.

They are taught, not to become better people with integrity, but to lie in order to further their ideology. They are taught in their "holy book" The Koran, to kill innocent people in cold blood, plus, they are taught that raping children, including toddlers, is perfectly OK. Indeed they can sexually abuse anyone without consequences. That brutal ideology does not consider these violent sexual assaults illegal or sinful, but indeed permissible. The founder of Islam, Muhammad, married a 7 year old girl.

The most disturbing fact of the followers of that false religion is that they are all pedophiles (at least in principle, implicitly condoning such behavior) and are justified by their own (Sharia) laws, the same as NAMBLA, the North American Man/Boy Love Association to make acceptable the rape of boy children, while most of the Muslims are after little girls.

And many are absolutely uncontrollable in their lusts. Obama has thrown open the borders of America to any and all of his fellow Muslims who want to come in as "refugees." Following their entry, violent rapes have been brought in with them as well as Jihad murders of our citizens, all from within.

In Twin Falls, Idaho, these 'migrants' have been forced in by the Obama Administration, allowing them to live in that state, where they all receive welfare, free housing, medical benefits and food stamps.

One family moved into an apartment building. Shortly after moving in, two young Muslims in that family stalked and raped a little five year old girl who lived in that complex, not only brutally tearing her little vagina which would be exceedingly painful, but then had to further abuse that innocent child by urinating on her. These people are sub-human.

And who is protecting those Muslim savages? The Obama appointed U.S. Attorney for Idaho Wendy J. Olson, who has threatened prosecution against anyone in that town who speaks badly of that Muslim family. WHAT?? So this horrific rape of a little girl was set in place by the actions of Obama. The people, however, ran those Islamic thugs out of that apartment building. They probably are still in the U.S. where they will rape again.

Now the big question: What is religion? Religion is based upon God, or a manufactured god. The purpose of any religion, where a deity is worshiped, is to become better people and to do charitable work. That is why religious organizations are given freedom to follow their religions without interference.

Islam, however, is not any of the things associated with religion. It is based upon a hoax by Muhammad who claimed the Angel, Gabriel, had revealed the text of the Koran to him to share with the world.

How's that again? Gabriel is the Archangel of Israel! So Gabriel has ditched God to assist in the formation of a false religion that will overthrow God? Ridiculous!

Muhammad claims, as true, that he was taken by Gabriel to Israel where he put his feet on the Temple Mount and became familiar with the area. That also is a yarn. Muhammad never set his foot in Israel.

When cornered on this he stated that the trip to Israel was given to him in a vision, a much different story than he told his followers and the world for years. But remember, Muslims are given full encouragement to lie in order to further their cause. The real God says; "thou shalt not lie." Big difference.

And this created "religion" hates Jews, God's chosen people, and is dedicated to slaying every Jew that can be found? And the Archangel of Israel will help carry out this dastardly deed? We don't think so.

True religion encourages morals, Islam does the opposite. Indeed, if a Muslim gets killed by killing innocent people, which is a grave sin, he is considered a 'martyr' and ushered directly into Heaven where, it is promised, 72 virgins will be there on silken pillows awaiting each new arrival, where the 'martyr' will receive unlimited perverted sex for all eternity. We wonder what the wives and girl friends left behind think about this?

Here is something else to think about regarding that phony 72 virgins promise: When one does go to heaven, he does NOT take his body with him. The body stays here. Only one's SPIRIT goes to heaven or hell. So how can that "martyr" who is now a spirit and the 72 virgins who are only spirits, have sex? Answer: It would not be possible since sex requires physical bodies to carry out that desire.They all are transparent with only a spiritual body. It would seem that minimal thinking would have figured this out.

The Ten Commandments teach that one should not kill, something all religions teach....EXCEPT for Islam where murders of innocent people means lifetime tributes to the killer with the photos of the 'martyr' and his family prominently displayed in their mosque.

They are so focused on killing that they look for what is called 'soft targets,' meaning targets that cannot fight back, such as hospitals, nursing homes, schools and Christian churches. These "holy warriors" are total cowards who kill people where they are assured they will not get hurt in the process.

These misguided people who follow that cult try to con the world by saying that Muslims and Christians worship the same God. NO THEY DO NOT! Muslims worshiped the pagan moon god, Alilah, who had two daughters. This is why the emblem of Islam is a half moon and a star.

Muslims worshiped Alilah but were forbidden to worship her daughters. When Mohammed convinced the world that he had been given a new religion, he changed the moon god name, taking the "i" out of her name to provide the more masculine name, Allah, which came to signify the higher power over the universe.

To give them credibility, Muslim leaders tried to convince the world that we worship the same God, which of course is not true. Indeed that is a lie, which Muslims are instructed to do to further their cause. And by the way, Muslim is not a race, it is an ideology. Muslims are mostly Arabs.That is their race.

It was duly noted that right after the 9/11 attacks in New York City, a prominent Muslim cleric bragged on television right after the attacks: "This just proves that OUR god is more powerful than YOUR God." By the words spoken on TV by that Islamic leader (I saw that interview right after the attacks), his very words on TV PROVED that they do NOT worship the same God as Christians and Jews.

He also bragged that this attack would attract many new recruits to 'the cause.' And amazingly, many misfits did join them in the midst of that carnage falsely believing that this would give them purpose, identity (and,as dumb as it is), worth. Yes "worth" by causing havoc, suffering and death, which means to them that this shows power. Such soulless malcontents are very vulnerable and easy to manipulate.

These recruits are being deceived, used, abused and exploited by colossal lies. Muslims, you are better than this. You have been duped into joining this political cult when you, like everyone else, have a seed of greatness within. This means everybody. But that seed must be nourished so it can grow. With that, you can be better than you are and can achieve real recognition and respect in this life without blood on your hands along with grieving survivors of your attacks.

Instead of becoming great people, whom you were created to be, you have been manipulated into sins that anger God, transforming you into wicked men and women totally separated from the true God. See these Words in the actual Holy Book The Bible: "But if ye shall still do wickedly, ye shall be consumed (put to death and sent to the flames of hell with eternal torment), both you and your king (your Islamic leaders)." 1 Samuel 12:25.

If you wonder why you have a hard life and have very little of what you desire and need, here is the answer as written in Jeremiah 5:25: "Your iniquities have turned away these things and your sins have withheld good things from you." This means that it is your own sins that deny you the good things of life. You only need to renounce these sinful activities and learn about Jesus, the Son of God.

Even though mosques are protected under "religious freedom" in this country, a mosque is not a holy sanctuary but more like a union hall to recruit workers. It is in the mosque where the inside attacks of this country are preached and planned. There is nothing "holy" about it. It is a place of devious planning and instructions for murder and destruction. It is by no means a church and should not be recognized as such.

Muslims can be charming and very hospitable. They are the most dedicated people to their cause that can be found on earth. However, that dedication leads to the wrong path that leads straight to hell.

Muslims have been and are constantly being misinformed. What they are taught in the mosques are lies...which of course is fully acceptable if it advances the cause. Haven't we heard that before? It is in the Koran, the so-called, "holy book." That in itself is a lie.

Muslims who have unexpectedly encountered Jesus have left everything behind to follow Him. And you will find no more dedicated Christian than those who have learned the truth. A million Muslims a year have had that experience and have left Islam to follow Christ. The lies that Islam has pushed on unsuspecting recruits has taken them away from any decency and productive lives they might have had by turning them into heartless savages and right into the fires of hell.

There is certainly more on this subject that can be found, but what has been proven here is that Islam is not a religion. Which means that Islam does NOT qualify for protections under the "Freedom of Religion" laws which they have exploited in order to intrude into countries and to set up their mosques which is not to become better people, but to stir those who gather there to hate and slay all Jews and Christians, even though hospitality was extended to them by the very country they invaded.

But what about moderate or 'good' Muslims? There may be. But as long as they read the Koran and go to the mosque, they cannot be trusted. If they denounce and get rid of their Koran and disassociate themselves from the mosque, then they might be in a position of trust, but not before then. Meanwhile the open borders must stop for our own survival.

Our leaders must be contacted and persuaded to take all mosques and Islam off the religion protection list. They are NOT a religion.