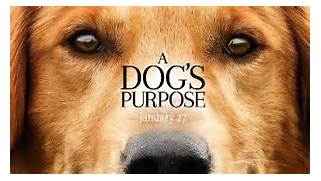 BOISE, 1/28/17 – Do not – repeat, DO NOT MISS THE BEAUTIFUL MOVIE, A Dog's Purpose, no matter what the bogus animal protection group, PETA, claims in order to keep you from attending. Those hippie types have organized boycott petitions for this movie with 68,000 signatures while using their own fake news press releases to dissuade patrons from buying tickets to the most meaningful film that one could ever see.

Don't fall for this. Go and see this movie without delay. It is a totally satisfying and fulfilling movie. And if you love animals, such as this columnist, you will be greatly moved. Indeed, when you go home, you will want to give extra hugs to your own pets with the feeling that you know them better after seeing this expertly crafted film that truly captures the personality and inner feelings of a dog.

It is to be noted that all of PETAs efforts to sabotage this movie, part of their shakedown for profit, is based upon lies.They LIED about an incident they claimed took place during the filming of this wonderful movie. They falsely claimed that a "terrified" German Shepherd was thrown into the rapids, and once in the water, went under, with personnel rushing in to "rescue" it.

That dog was in no danger. The "rapids" were created in a huge water tank constructed on set. The dog had rehearsed the dramatic scene several times where he rescues a kidnapped little girl who had been thrown into the rapids by her abductor. Being at the time a K-9 police dog, he jumped in to rescue her, going under water to pull her to the top, then to the shore.

The dog had rehearsed the scene, at another location at the tank, and balked at having to do this in a location he was not familiar with. PETA profited by selling a video of this supposed event to TV networks and sent releases to print newspapers, milking it for all it was worth to raise money for their organization and to shake down producers. They are an extortion racket under the guise of being an animal protection agency, which they are not.

That video they claimed was so urgent, was taped over FIFTEEN MONTHS AGO. So if PETA reps were on set, and videotaped this, why didn't they jump in and put a stop to the production and get the dog to safety if this had really happened? They had no interest in the animal.They actually kill more animals than they "save." While I support several animal rescue organizations I would not give PETA one penny.

It was all a ploy to gain them publicity at the opening of a movie based on an all time best selling book. They virtually hijacked the advance publicity and anticipation in order to bring all that attention to themselves. Publicity is their motivation. How many remember when these nutty PETA woman stripped totally naked in a very public area of San Francisco to protest the wearing of fur? This alone shows what they are all about.

Plus, the carefully examined video was shown to be heavily edited to make it appear to be an event that was not. Again, PETA LIED to make a case to bring them publicity and stimulate donations at the expense of the movie company and movie goers who would be deprived of seeing an excellent film.

And it is to be added, that PETA executes animals in their shelters, not even keeping them in there for the required time mandated by law so that their owners have time to come and claim them. They even kidnap dogs and euthanize them in the van taking the innocent animal away. They should never present themselves as an animal protective organization.

But wait, don't they do some good? They do. But remember, even a stopped clock is right twice a day.

The nation wide-release of the film had good attendance for the first two days of their opening weekend even though the PETA protests did result in lower ticket sales. Fortunately, the pickets could not be at the theater I attended with my family, since it was in a shopping center on private property. It was good that they could not perform their feigned concern there. Had they tried to block me they would have quickly learned that the laws of gravity are still intact.

Then there are those 'reviewers' who snickered at the film with words like, "fluff, syrupy, tearjerker, overly sentimental, schmaltzy " and they even criticized the words the dog audibly thought, for instance, when he expressed love for Ethan's girl friend by thinking, "I like her. She smells like cheese." This is probably how a dog would think. Yet this misguided critic took issue with the animal's thought, calling this "bad script writing." That 'reviewer' was in full frontal attack mode.

These critics have a problem with expressing love, emotion or deep feelings. They believe in showing no emotion no matter what happens. They are hardhearted and unfeeling. They are the kind of parents who will not say the words, "I love you," to their wives and children. As a chaplain I constantly deal with the wives and offspring of those sorry individuals. They are incapable of having deep feelings. So their "reviews" are not worth even reading. There is no honesty in them.

THE MOVIE: This film traces a dog's life, through several lives. When he dies, he becomes another dog, but with the same knowledge and deep feelings for certain people. From the beginning the dog named Bailey is wondering what his purpose is in life. We hear his thoughts and feelings with a wonderful voice job by Josh Gad

His purpose becomes clearer and clearer with each life he lives. The film ends with the most touching and wonderful conclusion one could ever hope for as everything in his life comes together in a most remarkable way as the dog finds the answer to his purpose.

The cast is great, believable and handle their roles so realistically that the audience feels they are witnessing a real event. Ethan is a main character who comes in the story as a very young boy played by Bryce Gheisar. K.J. Apa plays him as a teenager. We see him age, played by Dennis Quaid, with a powerful final scene when he realizes the spirit of the dog he had loved and grown up with was in another dog's body that Bailey now inhabited.

The touching ending could not be better. What great writing by the author of the book, W. Bruce Cameron. The movie was true to the book with only a couple of minor exceptions but this did not distract or alter the content of the book.

Do support this film with your attendance. The animals were NOT mistreated in the slightest. They are all absolutely charming and you can't help but fall in love with all of them. This film gets four stars from this reviewer. PETA gets four enemas.