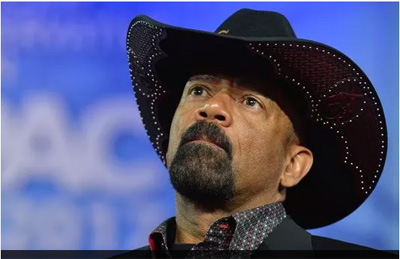 MILWAUKEE 5/7/17-How did this columnist wind up on CAIR's mailing list? It was certainly not by request. Suddenly the Muslim's news service propaganda began arriving in my inbox daily.

CAIR which is, the Council for American Islamic Relations, is a "civil rights" organization to protect Muslims from any backlash based on their lawlessness. That group, not surprisingly, have put Milwaukee County Sheriff David A.Clarke in their cross-hairs. They do not want any patriotic American in any visible position who might follow the law regarding border-jumpers who want to get into this country to cause mayhem.

CAIR is urging the Trump Administration NOT to appoint Sheriff Clarke to a post with the U.S. Department of Homeland Security (DHS).

Here is what their May 1st daily newsletter said: Last year, Clarke supported then GOP presidential candidate Ted Cruz's call for law enforcement to "patrol and secure Muslim neighborhoods." CAIR expressed concern that "Such a policy would lead to religious and ethnic profiling by officers" and called the policy "unworkable, unconstitutional and counterproductive."

As can be seen, any Muslim arrested while committing crime, rape and murder would be arrested due to religious and ethnic profiling, not for the commission of a crime. If a group is known for chaos, destruction, rape, robbery and murder, any analytical look at them would constitute, well, stereotyping. We can't have that doncha know. As Adolf Hitler who coined the term said, "We must be politically correct."

The CAIR newsletter goes on to say: "Clarke also caused controversy with his claim that the Black Lives Matter movement would "join forces" with the terror group ISIS. He is facing protests because he wants his officers to operate as federal immigration agents.

"Given Sheriff Clarke's history of extremist views, and his support for counterproductive and un-American policy proposals, it would be inappropriate to appoint him to any government position – let alone one involving public outreach," said CAIR Government Affairs Director Robert McCaw.

McCaw noted that "Clarke would join many other infamous Islamophobes in, or recently removed from the Trump administration, including Sebastian Gorka, Steve Bannon, Michael Flynn, and Stephen Miller. Many of the administration's picks are themselves on record as making anti-Muslim statements or of working closely with anti-Muslim conspiracy theorists."

Remember that all of this agitation is being put together with the money of George Soros, who works closely with the Islamic extremists in their goal to take down America. There is a now a growing movement to have Soros arrested and prosecuted for Treason and Sedition.

With the backing of George Soros, a vicious demonstration against Sheriff Clarke took place outside his office in Milwaukee on May 1st, May Day. Over 10.000 protesters came with signs and noise to show their hatred of him. Again, these people did not just suddenly show up. They were paid for and brought there by George Soros. The Soros sponsored people called Sheriff Clarke "a Nazi Coon." Other news stories have noted that Soros is a racist who USES black people to accomplish his personal goals.

CAIR is expanding their presence by opening offices in every major area of the United States. This is as dumb as having Nazi civil rights offices all over the U.S. during WW11.

It is interesting to note that Muslims, who have declared that they will destroy America, will lecture us that our action to protect ourselves is "un-American." Really?

Now the big question: How in the name of the devil's domain do we allow Muslims, our sworn enemies, to dictate American law and social norms? To dictate to our government who can and who cannot be appointed. Children, wake up. Nap time is over. 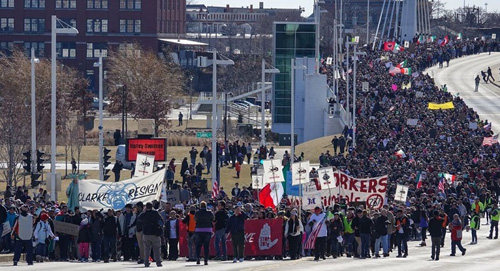 And by all means, do all possible to back Sheriff David A. Clarke.