Rev. Austin Miles
Saw it coming-reparations now not enough! What?? 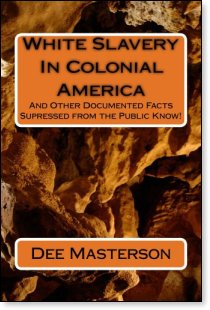 Those with high blood pressure might consider skipping this column. Anyone who can read this while remaining calm is a superior person indeed and would be invaluable for any church assignment.

This person who simply observes without hitting back is so unique it might be profitable to put him on public display. We have never really been exposed to a person who can maintain peace even during the display of ignorance, stupidity, and the log-jam of Democrat brains. That of course requires concentration.

A few years ago, the black folk organized and stated their demands for "Reparations" to be paid to all of them by white folks for the sin of slavery. Yep, all of us in existence are responsible for that black period in our history – oops that doesn't really work.

There is nobody who can be seen today, in any setting, city, community or town that once owned slaves or who had ancestors who did. That sad event happened about 2-300 years ago. That was way before all of our times. To make the squeeze, EmpowerWest, an organization of black clergy recently approached the Southern Baptist Theological Seminary in Louisville (SBTS) demanding that the seminary give them $50.000 with interest as "Reparations" for Simmons College, that taught "colored citizens." The SBTS refused the demand.

They should have taken the 'deal' since next the blacks demanded that Princeton Theological Seminary in New Jersey set aside, now get this,15 percent of the portion of its endowment used for operating expenses every year. So how much would that be? That would amount to $5.3 million each year!!

Note that this has now gone from one payment to an annual one. Yes, forever. The Marks (a carnival term for "suckers) are now expected to support these people forever. Quite a lifetime cushion. Well, after all, the demand states, "this will include the covenant people of God who are called to make amends for the iniquity of their ancestors."

Once extortion money is paid, notice how the money demands climb higher. First they put the heat on Princeton Presbyterian Seminary in New Jersey to up their purge money to $27 million in 'slavery reparations." As to be expected the black groups that had formed into gangs stated that this was a good start but not enough. I kid you not.

Still, the private school's black student group is nowhere satisfied. Now they are asking for another $120 million bucks. But notice this...it is not a onetime payment but one that is to keep paying each and every year into the future. With all this money coming in, blacks will not have to work. Next they will complain about stereotypes. Unfortunately, this type of conduct is what generates stereotypes.

And of course they used the Bible to help with their mob like extortion, spotlighting Jesus' encounter with the Roman Tax Collector Zacchaeus in Luke 19: "In his encounter with Zacchaeus," one speaker said, "I want to suggest that Jesus sets forth a reparations ethic. Zacchaeus is expected to give back that which he has stolen so that he can be reconciled with others and God."

Reconciliation cannot occur until he has given back what he has stolen, say they. 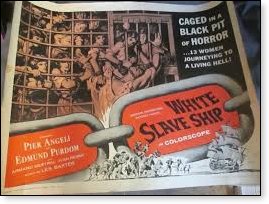 An idea has just been formed. Slavery of white people go all the way back to Biblical times. Since I am white, perhaps a group can be formed to demand Reparations from the old Testament people and the Greek Philosophers. Why didn't we think of this sooner? It certainly makes sense. So open your pocketbooks all ye people and pay us what you owe!