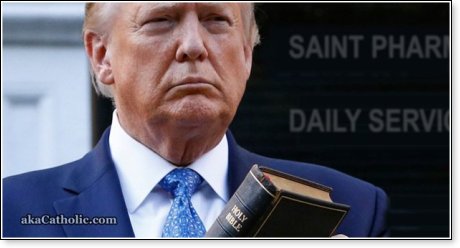 In late 2016, then President-Elect Donald J. Trump was a man with a years-long reputation as a “vaccine skeptic.” He had also been a vocal critic of certain pharmaceutical industry practices, including the industry's preference for offshore production and its domestic pricing policies.

That such a man was poised to take up residence in the White House was, presumably, a cause for concern among industry leaders. So much so, in fact, that they evidently felt compelled to act preemptively.

On December 22, 2016, Pfizer, for example, made a $1 million donation to the Trump Inauguration Committee.

When questioned, a Pfizer spokesperson claimed that the company had a history of making such donations to both parties. A review of federal campaign finance documents, however, revealed that no such donation had been made toward the 2013 inauguration of Barack Obama, a man who posed no threat to the industry.

Trump, by contrast, was a looming threat, and he made sure everyone knew it. He had expressed particular interest in exploring a possible link between autism and childhood vaccines. In 2014, for example, he tweeted:

“Healthy young child goes to doctor, gets pumped with massive shot of many vaccines, doesn’t feel good and changes – AUTISM. Many such cases.”

Media outlets immediately denounced Trump as an “anti-vaxxer.” They insisted that any alleged correlation between childhood vaccines and the prevalence of autism was merely a “conspiracy theory.” They declared that the claim had been “widely debunked” by government healthcare officials and numerous other experts.

They reminded all concerned that British doctor Andrew Wakefield, whose 1998 research paper initially called attention to the issue, had been held accountable for his supposed deception by having his medical license revoked.

And that, they said, is the end of story.

The great majority of Twitter replies coming from both ordinary users and “blue check” public figures amounted to a near verbatim regurgitation of the aforementioned talking points. The media, it seemed, had done its job well, effectively telling its audience members what to think so they wouldn’t have to think, much less investigate matters, for themselves.

That was eight years ago, well before COVID-19 forced an entire cast of bad actors out of the shadows and into the spotlight.

Who will ever forget how Big Media dutifully disseminated the doomsday, terror-inducing horror story written by grantees of the Bill & Melinda Gates Foundation and other friends of Big Pharma, published by CDC, FDA, and NIH and rubber stamped by “America’s Doctor” Anthony Fauci?

The media and their puppet masters, however, grossly overplayed their hand.

It is now clear to most rational observers that the public opinion shaping power of large "news" organizations, entertainment enterprises, and even professional sports organizations has been bought and paid for by globalist financiers acting in concert with the multi-trillion-dollar pharmaceutical industry, a business that thrives by perpetuating illness and which markets itself via extortion, deception, and fear.

Prior to his presidency, Donald Trump, at the very least, seemed to suspect as much.

(NOTE: At the conclusion of this article, I will provide links to resources of interest for those with a hunger for truth in these matters.)

In 2017, as Trump and his transition team were preparing for his inauguration as the 45th President of the United States, all indications were that he was determined to discover the truth about vaccine safety, whatever that truth may be.

On January 10, the President-Elect arranged for a meeting with Robert F. (Bobby) Kennedy, Jr., who for decades has been a vocal critic of Big Food, Big Agriculture, and Big Pharma – as well as the government agencies that ostensibly exist to regulate them – tirelessly working to expose the grave harm inflicted on innocent citizens by the fraud, greed, and negligence of all concerned.

During that meeting, Kennedy – a lifelong Democrat who was not then, and is not now, a Trump supporter – was asked to assemble and to head a Vaccine Safety Commission. Kennedy, who insists that both he and Trump are “pro-vaccine,” eagerly embraced the opportunity.

The media once again reacted swiftly, quoting assorted health agency officials and other experts, including the self-anointed Bill Gates, denouncing the idea of examining vaccine safety as irresponsible and dangerous.

The following month, Kennedy confirmed that the plan was still in the works. He revealed that many meetings had already taken place between his team and members of Trump’s staff, “trading documents about what the Commission would look like.”

“The president told me, ‘I know the pharma industry is going to cause an uproar about this, and try to make me back down, and I’m not going to back down,’” Kennedy said.

“They tried during the campaign, and I didn’t back down,” Trump told Kennedy. “And I’m not going to back down.”

Speaking with The Guardian in February 2018, Kennedy revealed:

I would say there’s zero progress. We were told President Trump wanted to meet directly with us. Not only did nothing happen, they’ve cut off all communication with people who care about this issue. The administration has decided to go in another direction.

And just like that, the Vaccine Safety Commission, the proposed mission of which was merely to review research practices and to examine data in order to ascertain the safety of the vaccines that are injected into our children, was aborted.

Though the phrase “follow the science” would not gain entry into the popular lexicon for yet another two years, its definition had been cast, with emphasis squarely placed on “follow.” (As for “science,” not so much.)

At this, one may feel compelled to ask: How did this happen? Exactly what did Big Pharma do to convince Donald Trump to back down? What incentives were offered? What kinds of threats were made?

Clearly, something happened. As for what that something is, to my mind, matters very little. The salient point is that he did back down. Donald Trump, who sold himself to American voters as a man of conviction – brazenly saying what he means and meaning what he says, political correctness be damned – apparently sold out.

In hindsight, one can see that by spring of 2017 the handwriting was already on the wall as he nominated Big Pharma insider Scott Gottlieb as FDA Director – i.e., the fox was appointed to guard the henhouse. In the fall of that same year, Trump chose yet another pharm-hand to a lead a powerful federal government health agency, naming Alex Azar as head of HHS.

If ifs and buts were candy and nuts…

Even so, one cannot help but wonder how different the past two-plus years would have been if, in fact, Donald J. Trump really was a man of conviction.

It seems to me that if Trump had moved forward with the plan to form a Vaccine Safety Commission, empowering it with the means necessary to effectively engage in a process of discovery and disclosure, with the indefatigable Bobby Kennedy at the helm, many of the more destructive aspects of the national, if not global, COVID response may have been averted.

Would the cozy relationship between Big Pharma, CDC, FDA, and NIH – whereby each one provides investigators and executive leadership to the other – have been widely exposed? Would the evil intent behind the nefarious plan to vilify any physician who might dare to provide and promote early COVID treatment have been sooner and more widely recognized? Would Americans have discovered the horrifying truth about the lack of vaccine safety research based on placebo-controlled studies? Would Anthony Fauci have been unmasked (no pun intended) as a duplicitous sociopath?

Would any of this have made a difference?

Sadly, we will never know how events would have played out if Donald Trump hadn’t bent his knee to Almighty Pharma. What we do know, however, is that he did, and what’s more, his knee remains bent before his taskmaster.

To this day, despite a steadily growing body of evidence demonstrating the grave dangers associated with the COVID vaccine, Trump continues to promote it, openly bragging about Operation Warp Speed as one his greatest accomplishments.

FULL DISCLOSURE: In March of this year, I lost my dear vaxxed and boosted, previously healthy-as-a-horse, sister to what pathologist Dr. Ryan Cole has called “wildfire cancer,” the same that mysteriously exploded on the scene following the rollout of Trump’s beloved COVID vaccine.

While many will struggle to acknowledge as much, the fact is that Donald J. Trump is as responsible as anyone for the devastation wrought on our nation, and others, over the past two-plus years in the name of public health.

And yet, as I write, it appears that Donald Trump is more likely than not to be the Republican nominee for President in 2024. Surely, we can do better.

If humankind is going to escape the clutches of the burgeoning Biosecurity State – a global technocratic dictatorship that promises to obliterate even the most basic of civil liberties under the guise of public health policy – we damn sight better do better.

Face it, folks: It’s time to ditch the MAGA hats – prostrating ourselves instead before the King of kings, He before whom every knee shall bend in heaven and on earth, begging Him to deliver us from this dystopian nightmare.

The Real Anthony Fauci – The Movie: With extensive commentary from impeccable experts and additional material not included in the book.

VAXXED: The 2016 documentary from Del Bigtree that blows the lid off of the vaccine induced autism cover-up, plainly revealing that “it has been debunked” is a bald-faced lie.

Louie Verrecchio is a traditional Catholic writer and speaker. He blogs at akaCatholic.com