Would you say that this pontificate [of Pope Francis] has thus far been more heterodox and confusing than orthodox and edifying? 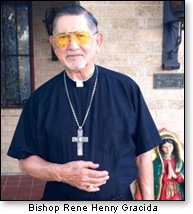 Most Catholics are unaware that there have been instances in Church history when a pope either taught heresy, or failed in his duty to suppress heresy. And if it happened before, it can happen again.

Pope Honorius, in order to justify a compromise with heretics, said in 634: 'We must be careful not to rekindle ancient quarrels.' On this argument, the pope allowed error to spread freely, with the result that truth and orthodoxy were effectively banished.

St. Sophronius of Jerusalem, almost alone, stood up to Pope Honorius and accused him of heresy. Eventually the pope repented, but died without repairing the immeasurable harm he did to the Church due to his compromising principle. Thus, the Third Council of Constantinople cast its anathema upon him, and this was confirmed by Pope St. Leo II.

Pope John XXII said at Avignon, on the feast of All Saints, 1331, that the soul does not enter the beatific vision until the resurrection of the body, at the last day. After which, the pope was rebuked by the theologians from the University of Paris. They rebuked the pope because they knew that this theory of the pope was a heresy. It wasn't until shortly before John XXII died in 1334 that he recanted his error.