Bruce Deitrick Price
K-12: Never quiet on the phonics front
Teach all children to read, and half of our school problems will disappear 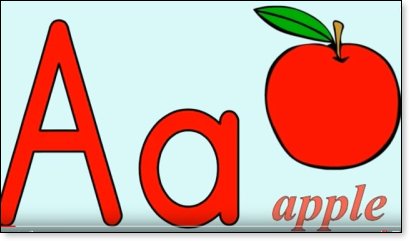 No less an authority than Robert Sweet, President of the National Right to Read Foundation (NRRF), said there are a dozen good phonics programs and which of them is best doesn't matter that much. This answer is reassuring; it furthers my resolve not to pretend I know which one is best. My goal is to make sure everyone understands why phonics is superior, and that phonics offers a lot of variety and creativity.

Search Google or YouTube, you'll find there is a mountain of good phonics material. One popular homeschooling site lists more than 100 resources. At the end of this article, you'll find examples of how various people teach phonics. I want to show there is no one right answer and you should explore the options.

Let's start with a single example for people who aren't sure they even know what phonics is. Phonics Song 2 is a lovely (and very popular) three-minute illustration.

To become readers, children learn the letters and the sounds represented by the letters. That's phonics, and that's the answer to our educational dilemma. Cost is almost nothing. Takes four months or less. We could have almost universal literacy, like we did back in 1910 before Progressives got control of the schools.

Amazingly, new phonics programs show up all the time. People who care about reading bring so much love and passion to their favorite methods.

With this preamble, I can mention a recent arrival, Teaching a Preschooler to Read by Stephen Parker, a parent who taught his three children, at age 3, to read and then decided to tell how he did this in his book.

Some people might ask, Why teach a preschooler to read?

I suspect many of us underestimate the intellectual capabilities of preschoolers. We're amazed at how quickly toddlers master their primary speaking language, and if offered, a second language as well. Yet most of us do not teach our children to read. Instead, we rely on our local schools to perform this vital task for us, starting in kindergarten or first grade. For multiple reasons, I believe this is a mistake.


What I particularly commend to you is the smart sincerity of Parker's writing. Almost everything in the public schools is a game and a con. The writing is rarely sincere and simple because the people are pushing scams. That's the theme of my many articles about saving K-12. It's a pleasure to read prose by someone who is not trying to trick me. In addition to sincerity, Parker's message contains the main themes of phonics instruction:


One reason schools are doing a poor job teaching literacy is that many of them use methods other than Systematic Phonics. One such method, popular in the 80's and 90's, was called Whole Language; another, popular now, is called Balanced Literacy. It's puzzling to me that educational leaders are so resistant to Systematic Phonics. They avoid it despite the findings of the National Reading Panel, despite the poor results of their own methods, and despite the fact that written English is based on an alphabet in which every letter symbolizes sound.


Keep in mind that:

If you grant the gift of literacy to your preschooler, you might suppose his peers will eventually catch up to him once he goes to school. This is not the case. Instead, a phenomenon, known variously as "Cumulative Advantage," or "The Matthew Effect," starts to unfold. The reference is to a verse in the Bible (Matthew 25:29) which has, over time, become a maxim: "The rich get richer while the poor get poorer." The effect, studied in such diverse fields as science, economics, sociology, psychology, and education, can occur when an advantage, conferred at the beginning of some process, becomes a resource that leads to skills and opportunities – skills and opportunities which in turn produce even further relative gains over time.


Here is a startling fact that almost every phonics teacher mentions. Some children learn to read with little or no instruction, so we can't assume that any particular technique is the one and only answer.

Every piano teacher has a personal way of doing things and may be dogmatic about it. That's understandable for the teacher, but the rest of us should be more casual. We shouldn't get bogged down in details.

The following examples are almost randomly selected to show qualities we want. Perhaps the main thing is that the teacher is enthusiastic and the children seem to be having fun. That's how you pull children into humanity's greatest invention, phonetic language.

How Can a Teacher Teach Phonics to Young Children (1:37)

How to Teach Your Child to Read Using Phonics (7:28)

How to Teach Phonics to Kindergarten Children (5:41)

How to teach English to very young children with songs (3:54)

How Do I Teach Phonics? 7 Tips for Teaching Phonics Effectively (6:31)

Engaging in phonics games in kindergarten (2:30)

For a short introduction to phonics, see my "54: Preemptive Reading."

Also included in ELP is the Bouncing Ball Project. This can be useful when children are first learning to read. It forces children to see syllables and the left-to-right movement of English. It also encourages children to memorize famous poetry. Very entertaining.

Sadly, tens of thousands of public schools continue to undermine reading. Children go home with lists of sight-words to memorize. About four each week. You can imagine how much fun that is. This is the technique our schools use to make sure "the poor get poorer."

(Bruce Deitrick Price's new book is "Saving K-12 – What happened to our public schools? How do we fix them?" His education site is Improve- Education.org. )