October 22, 2017
The unborn baby possesses a God-given right to life, and the mother possesses a God-given right to privacy with respect to her own body, but life, the starting point for all other human rights, is superior to privacy. The Judeo-Christian view of human nature is that, being created in the image of God, we are all equally endowed by our Creator with an unalienable right to life, and that the right to life begins at the beginning of life, and that the right to life supersedes a mother's privacy right to choose death for the unborn child. The woman commits a sin when killing her unborn baby, and will have to explain herself to God, but she must never be placed in a position of having to explain herself to her neighbor, a policeman, a lawyer, a jury, or a judge. A mother choosing abortion out of convenience violates the Judeo-Christian view of the unborn child's unalienable right to life, but this should not be considered criminal for the mother since she is the natural custodian of the child's life, and because she will suffer greatly from emotional trauma without the addition of legal penalty. 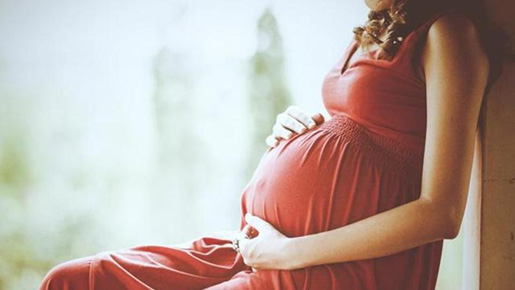 Human life is present when a zygote implants into the mother's uterus; at that point the zygote is no longer "potential life" but actual human life with a direct connection to the mother who becomes the custodian of new human life. Referring to an implanted zygote, embryo or fetus (unborn children) as "potential life," as justification for abortion, is a repackaging of the Nazi eugenic idea that there is "life unworthy of life." I believe it is reasonable to conclude that human life begins at the moment of uterine implantation – when the zygote creates a physical attachment to and dependency on the mother – at that point the zygote becomes an unborn child. Zygotes engineered in vitro should not be the subject of medical or scientific experimentation as they are potential human life deserving of respect, and because zygote experiments could result in an unnatural or dangerous form of life. Such zygotes should only serve a reproductive purpose because that is their self-evident purpose. In my view engineered zygotes should only be implanted into the mother's uterus or disposed of at the mother and father's request, that way even engineered zygotes are worthy of life, subject only to the parents will.

We should not attempt to make abortion the most serious felony crime through legislation prior to the point of independent fetal viability, which is about 26 weeks gestation, possibly considering it a lesser crime from 16-20 weeks to this point, with exception for rape, incest and the mother's life. Our focus on abortion should be at the level of scientific instruction and moral teaching, including encouragement to consider full term delivery and adoption. Abortion, either chemical or surgical, should be considered a felony crime for the abortionist after the point of fetal viability because at that point, given today's level of medical science, the child can survive outside of the mother. At the point of fetal viability the child becomes his/her own custodian of life, with law and society acting on his or her behalf – at that point the sin of abortion becomes the crime of murder.

Roe v. Wade was wrongly decided because a woman's right to privacy does not trump an unborn child's right to life. Life comes first. Abortion after the date of independent fetal viability should be outlawed as murder, except when pregnancy threatens the mother's life, because after that date the child becomes his/her own custodian of life, so killers of these little ones must answer to society through our laws because we have a moral obligation to defend independent human life as co-custodians.