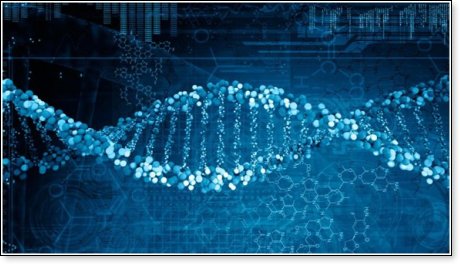 The life functions of a single human cell are far more complex than the world's most capable supercomputer, and impossible for man to duplicate using non-living materials due to that complexity and the sub-microscopic size and fragility of cellular components. The complexity and rapidity of life-requiring DNA transcription into ribosomes, ribozymes, and messenger RNA, and then by ribosomal translation into enzymes and other proteins, boggles the mind. A host of simultaneous purpose-driven enzymatic reactions are required in a membrane-protected milieu of proper pH and electrolyte concentration. Under this fantastic DNA-orchestrated arrangement, our 37 trillion cells produce a hundred thousand trillion enzymes and other proteins per second. Where did the life-sustaining initial DNA-encoded information come from? How could the DNA wrap itself inside an interactive outer cell membrane and supply itself with the necessary enzymes, ribosomes, energy production, etc., when all of those cellular components are prerequisites for the functioning of DNA?

There are no rational pathways for self-assembled DNA-dependent cellular life. Nucleotides (the molecular building blocks of RNA and DNA – composed of phosphoric acid, deoxyribose, and one of four nucleic acid bases) do not self-assemble in lifeless inorganic nature into the self-regulating, self-reproducing, mega-information containing polymers that we call genes. Even if one were provided with a sea-full of the four nucleotides, which must also appear spontaneously (magically) under this theory, there has been no observation of self-assembling, self-reproducing, information-containing, functional ribozymes in extra-biosphere nature at the heart of RNA World theory, nor an enzyme observed in nature for de-novo assembly of nucleotides into DNA, much less information-containing DNA. A lake-full of nucleotides cannot self-assemble into DNA because that would require the pre-existence of a DNA assembly enzyme whose own existence would require the pre-existence of DNA, an enzyme never seen in nature, an enzyme that does not exist; let's call it DNA synthetase. The only DNA assembly enzyme in existence is DNA polymerase which does not and cannot assemble DNA from nucleotides in the absence of DNA, but only in the presence of a pre-existing DNA template. All enzymes, including a theoretical DNA synthetase, are built on a DNA blueprint of messenger RNA, thus the existence of nature's first strand of self-generated DNA would require the pre-existence of DNA – a self-contradictory impossibility with an associated occurrence probability of zero. DNA must come first, before any enzymatic proteins for which it codes, but how can DNA come spontaneously into existence when the theoretical enzyme required for de-novo DNA assembly could not be present and therefore was not available for DNA assembly? There is an impossibility at the beginning of this theory, making it an irrational un-scientific proposition.

How could the DNA of the first living self-generated prokaryotic cell have survived very long without a mechanism for reproduction? The cell reproductive mechanism is a prerequisite for the survival of DNA because the forces of nature, such as extremes of temperature, osmotic pressure from salty or aqueous environments, wind or wave induced mechanical abrasion, and ultraviolet radiation, would destroy the first self-assembled cell and its DNA devoid of the power to reproduce rapidly in large numbers. Reproductive cellular mechanisms require the existence of a myriad of cellular organelles and the enzyme DNA polymerase – a mechanism which could not have been present in the first living self-generated cell since the mechanistic complexity of reproduction would require a much longer time to spontaneously evolve, assuming that is possible, than the several hour to several day generational life span of DNA in a typical metabolically active prokaryotic cell. The first self-assembled cell would die before it could acquire the ability to reproduce. More importantly, cell reproduction, and thus the survival of the cell's DNA, requires pre-positioning of the DNA-reproductive enzyme DNA polymerase. Since DNA polymerase, like all enzymes, requires DNA for its synthesis and existence, reproductive survival of the first self-generated strand of DNA would require the pre-existence of DNA – another self-contradictory impossibility.

In order to perform any genetic or protein biosynthetic function, an intracellular source of energy would be required in advance. This bio-available energy (ATP) would also be absent under pre-life inorganic conditions because enzyme-containing mitochondria, and their membranous prokaryotic equivalent, require DNA-encoded information as a prerequisite for their existence – not possible since these energy-producers would be absent when the first DNA segment magically appeared – thus the first self-assembled strand of DNA would be dead in the water. Finally, even if one were provided with a pond-full of nucleotides, there could be no information therein encoded after a theoretical self-assembly into DNA, because the nucleotides would be in random association, and so would the resulting DNA. The information required for production of protein enzymes and membrane receptors would be missing, so any self-assembled DNA would be useless and unable to support cellular life.

Cellular components cannot exist without the pre-existence of DNA genes, yet viable DNA genes cannot exist without the cellular apparatus. DNA genes must come first, before any of the other cellular components for which it codes, yet DNA genes can't be made, maintained, or function in nature without them. It therefore becomes self-evident that living cells cannot self-create, so the only rational, i.e. scientific, alternative explanation for cellular life is that cells were created intact – that DNA genes were created at the same time as the protein enzymes, ribosomes, mitochondria, other organelles, cell membranes, enzymatic membrane receptors and enzymatic membrane electrolyte channels, and that a large amount of information was simultaneously encoded into the DNA during its initial assembly – the information required for maintenance and reproduction of cellular life. Self-assembled cellular life is an irrational idea – belief requires a religious level of faith which contradicts science. Created cellular life requires a Creator – belief requires a religious level of faith which is compatible with science.