August 31, 2013
Before he ever became a National Football League broadcast analyst, Glenn Parker, who at the time played for the Buffalo Bills, once speculated as to why NFL lineman are generally cheerful individuals. Parkers said, "There are not a lot of well-paying jobs for 300-pounders. We found one, and we're happy about it." Today, if you currently have a job, you've got a good reason to be cheerful too.

There are few things more necessary to the dignity of humanity than the privilege of work. From the beginning man was made to labor. The Bible says that after God created Adam and Eve, He placed them in the Garden of Eden to tend it. In other words, he gave them a job. Work, labor, a job is a gift from God. It's something to celebrate.

That's essentially the reason our country observes Labor Day each year. The holiday is really about something much more than marking the end of summer with a party, a parade, a barbecue and fireworks. It was originally started by the labor movement in America during the 19th century and would become a federal holiday in 1894 to pay tribute to the contributions of our nation's workers. The day commemorates and lauds the joy and privilege of work and its positive outcomes.

But let's face it, for many people the revelry surrounding Labor Day this year will have a hollow ring to it. According to the Bureau of Labor Statistics, 7.4% of Americans are currently unemployed. And in states like Illinois and Nevada, the unemployment rate is more than 9%. When we see these numbers as something other than statistics and recognize them as faces, real people who are without something as fundamental to their person as work, we'll start to get the right picture of our current national crisis.

Nevertheless, as Jesus said, "It is written: 'Man shall not live on bread alone, but on every word that comes from the mouth of God" (Matthew 4:4). In other words, we could rightly contend much of our nation's problems stem from the lack of jobs and a poor economy. Still, it is equally true that this country's abandonment of Christian principles is much at the heart of its economic woes.

The late Dr. D. James Kennedy used to rightly argue that welfare was a Christian heresy. The welfare state evolved from those who had caught the spirit of Jesus to care for one's neighbor, but wrongly applied that responsibility to the state, he said. The Scriptures teach providing for the less fortunate is the charge of the church and the individual, not the government.

The Welfare state isn't biblical and it hasn't succeeded. Michael Tanner in The American Welfare State: How We Spend Nearly $1 Trillion a Year Fighting Poverty and Fail, writes:


"Despite nearly $15 trillion in total welfare spending since Lyndon Johnson declared war on poverty in 1964, the poverty rate is perilously close to where we began more than 40 years ago. Clearly we are doing something wrong. Throwing money at the problem has neither reduced poverty nor made the poor self-sufficient. It's time to reevaluate our approach to fighting poverty. We should focus less on making poverty more comfortable and more on creating the prosperity that will get people out of poverty." 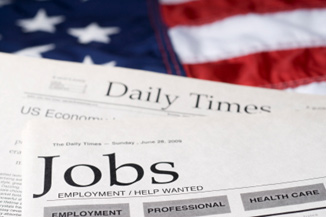 Moreover, a prosperous nation flows from a pure and righteous people. As we assume our responsibilities before God and to our fellowman in obedience to Christ's two great commandments, there will be less reason for civil government to intervene in the economy, and, thereby get in the way of prosperity with its over burdensome regulations and unjust taxation. Jesus commanded, "Love the Lord your God with all your heart and with all your soul and with all your mind. This is the first and greatest commandment. And the second is like it: Love your neighbor as yourself" (Matthew 22:37-39). A people who live in this way will be a self-governing and compassionate citizenry and without need for constant supervision or intervention by the government.

Christian character is at the heart of a prosperous society. We need jobs today. People desperately need work. The nation's economy must improve. But it's a pipe dream to believe such can take place with any longevity aside from God's plan requiring faith in Him and His providence, faithful stewardship of one's life and property, love for one's neighbor and personal diligence and industry.

This Labor Day, if you have a job, you have good reason to be cheerful. But better still, even if you're unemployed and you have Christ in your heart, if you're committed to trusting and following Him, if you're willing to capitalize on any and every opportunity to demonstrate you're ready and committed to work, you already have what it takes to succeed and ensure a better tomorrow, and, therefore, every reason to celebrate, with or without the government's assistance.