August 9, 2014
Recently, President Obama marked the celebration of Eid-al-Fitr – an Islamic holiday that is also called Feast of Breaking the Fast. It's celebrated by Muslims around the world at the end of the month-long fast of Ramadan. He and the First Lady released a statement thanking American Muslims for their many achievements and contributions..."to building the very fabric of our nation and strengthening the core of our democracy."

It's clear that the Obamas want to affirm Islam in the plurality of religions that make up the tapestry of American democracy. But has Islam itself contributed to the establishment of democracy in the world? Many American Muslims have contributed in this way, but the religion itself has a history of exactly the opposite.

It's true that all three monotheistic faiths (Judaism, Christianity, Islam) have been stained at various points in history with murder and violence. But only Islam still seems mired in the twelfth century. Neither Judaism nor Christianity have any equivalents today to terrorist groups such as al-Qaeda, Hezbollah, Hamas and ISIS. Granted, there is the occasional abortion clinic bomber who does his dirty work in the name of Christianity, or the Jewish Defense League's terrorist activities during the 1980s, but these cannot compare with Islam's long and sordid predominant history of violence from ancient times to the present. [1]

A core American value is civil discourse and the debate of ideas. Historically, Islam has no such proclivities. It has a history of discouraging debate or the exchange of ideas with intimidation and fear. Whether it's the discussion of religion or politics, Islam in both doctrine and practice has a demonstrable record of intolerance.

Neither does Islam respect human rights and freedom. In his book, Islam Unveiled, Robert Spencer notes:


"Like Christianity, Islam calls out to all people on earth, offering them what it proclaims as the only way to salvation. But while these elements of their faith led Christians – with the help of John Locke and other founding fathers of the Enlightenment – to articulate what the world knows today as fundamental human rights, the same rights which triumphed dramatically in the West have not taken hold in Islam...Hardline Muslims have openly admitted this fact." [2]


Has slavery contributed to the "core of our democracy"?

Slavery continues to exist in parts of the Islamic world. To be fair, many modern Muslims have attempted to argue against slavery based on their faith. Still, slavery is theologically and historically an integral part of the religion. Daniel Greenfield, a Shillman Journalism Fellow at the Freedom Center, a New York writer who specializes in writing about radical Islam, says that in Islamic lands:


"Slavery has been officially abolished; unofficially it lingers on. There is still a silent unofficial slave trade that is carried on, and leading Saudi clerics have insisted that slavery is a part of Islam. Saudis living abroad are often discovered to have domestic workers who live like slaves leading to criminal cases... The situation is worst in North Africa where Arab colonization largely displaced and suppressed the indigenous peoples..."[3]


Greenfield goes on to argue Abraham Lincoln issued the Emancipation Proclamation in 1862, but the Saudis didn't abolish slavery until 1962. And they didn't do it out of the goodness of their hearts, he says. They officially ended slavery after pressure from the Kennedy administration. Unlike today, the Saudis didn't have any leverage over the American economy or its foreign policy. Kennedy had wanted representative government and civil rights, but he had to settle for the end of slavery. [4]

Speaking of representative government, is Islam compatible with a government of the people, by the people, and for the people? Not easily. Islamic law has struggled with alternative systems for governing. Turkey is an exception, but even Turkey doesn't pass for what most westerners would understand to be a fully democratic government. When Islamic law is the rule, governments has largely tended toward the tyrannical. In other Muslim nations where Islamic law is not the rule of the land, like Indonesia, Jordan and Egypt, democracy has a chance.

In The Closed Circle: An Interpretation of the Arabs, David Pryce-Jones says:


"Arabs have been organizing their society for half a century or so of independence, and have made a wretched job of it. A whole range of one man rulers, whether hereditary monarchs or presidents, have proved unwilling to devise political regimes that allow their people to have any say in their destinies...Perhaps Islam and representative democracy are two beautiful but incompatible ideas..." [5]


What about America's first freedom, religious liberty? Is Islam supportive? A central tenant laid down by our nation's founders was that government would not only tolerate religion, but it would encourage "the free exercise thereof." Historically, Islam follows the principle that other faiths should be subservient to it and given no encouragement or opportunity to flourish.

More could be said about Islam's deplorable treatment of women, as well as its suppression of scientific research as a worthless endeavor that sidetracks mankind from the teachings of the Quran. 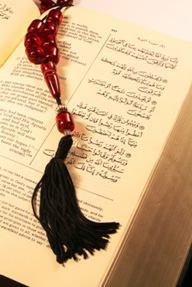 The President, and perhaps the six million Americans who worship as Muslims, hope that Islam will contribute to American values.

But civil discourse, debate of ideas, human rights, freedom, representative government, religious liberty, the elevation of women, the foundation of true scientific discovery (observable laws of nature's God), were fostered not by Islam, but by the Judeo-Christian ethic. To declare Islam has built "the very fabric of our nation" and strengthened "the core of our democracy" is to give it entirely too much credit.

This does not mean all Muslims are terrorists. Nor is it meant to excuse or justify any injustice toward Muslims. Nor is it to argue everyone who follows Islam is a despicable human being without virtue or charity. It is, however, meant to rightly contend that Christianity is the true spiritual foundation that made "the very fabric of our nation," and Christianity gave this country its most esteemed political values.