August 8, 2015
This week Japan marked its 70th anniversary of the Hiroshima atomic bombing. Thousands of people stood silently at 8:15 a.m. marking the time of the blast at its epicenter in Hiroshima's peace park. Dozens of doves, as symbols of peace, were released.


"Science has given us the electric light, the automobile, the airplane, television, and the computer, but science has also given us the hydrogen bomb...When scientists first split the atom and released the power of its nucleus, the first use of this great scientific achievement was to rain suffering and death on Hiroshima and Nagasaki.

"The problem of science lies in its misuse. The blessing of knowledge becomes a curse when we pervert it. Because man is what he is, scientific achievements are often used destructively rather than constructively. Because our morality does not match our intellectuality, the misuse of science can be greater than the use. Not until man's moral progress catches up with his intellectual progress can we hope to solve the problems posed by science.

"Compounding our problems is the worldwide longing for peace, which is constantly threatened by nuclear war. General Omar Bradley said" 'Our plight is critical, and with each effort we have made to relieve it by further scientific advance, we have succeeded in only aggravating our peril. Missiles will bring antimissiles and antimissiles will bring anti-antimissiles, but inevitably this whole electronic house of cards will reach a point where it can be constructed no higher...have we already gone too far in the search for peace through accumulation of peril?' He concluded: 'If we are going to save ourselves from the instruments of our own intellect, we had better soon get ourselves under control and begin making the world safe for living."


In my estimation, Graham's words were never more pertinent when one considers the recent deal the Obama administration struck with Iran. In pursuit of peace, the agreement erroneously awards Iran with $150 billion in frozen assets and the right to continue developing its nuclear program, which only accumulates world peril.

Talking about a government whose morality hasn't caught up with its intellectuality, talking about a regime whose moral progress is most apt for the misuse of science, there couldn't be a greater example than Iran.

Dennis Prager recently noted in a column, "The Iranian regime is composed of religious fanatics who are morally indistinguishable from ISIS, al-Qaida, Boko Haram and all the other mass-murdering Islamists movements."

Prager substantiates his point by reminding us that Iran has executed more people than any other country except for China. They have a record of massive human rights violations for homosexuals and women. They've repeatedly called for the extermination of Israel. They are the world's greatest funder of terror organizations. And, 8 out of 10 of the 9/11 hijackers passed through Iran.

Moreover, as Jerry Newcombe queried recently in the title of his column, "What Part of 'Death to America!' Don't We Understand?" Iranian leaders, he contends, incite crowds over and again with the chant, "Death to America."

Newcombe also draws attention to something Israeli Prime Minister Benjamin Netanyahu said in his speech to Congress in March – something I believe distinguishes the difference between countries like the United States which have the bomb and nations like Iran that don't. Netanyahu said:


Is Iran a nation we should trust with the science of nuclear technology? God forbid. Neither should we naively free up $150 billion for them to finance pursuit of their terrorist reign of world domination? The agreement the Obama administration has reached with Iran doesn't meet the threshold of Omar Bradly's admonition to make "the world safe for living." 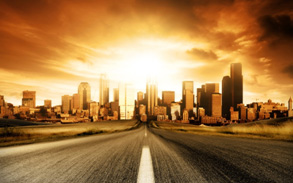 Don't misunderstand me, I don't mean to suggest that America is morally without fault. Our nation has never been closer to losing its own soul by abandoning its most fundamental constitutional principles.

The blood of 50 million innocent children is on our hands, and the body parts of many of them have been sold to the highest bidder. Yet the U.S. Senate still doesn't have the moral fortitude to correct this evil.

Religious freedom is under a massive assault, being supplanted by sexual freedom. If a country is to be defined by illicit sex acts rather than the liberty to live as God commands, we are no better than Sodom and Gomorrah whom God destroyed with his own nuclear-like blast.

We are in a bad way and our nation needs to experience a great spiritual awakening lest the bombs start to fall on us in judgment.

In his discussion about the threat of nuclear annihilation, Dr. Billy Graham also wrote:


"Mr. Average Man is comfortable in his complacency and as unconcerned as a silverfish ensconced in a carton of discarded magazines on world affairs. He is not asking any questions, because his social benefits from the government give him a false sense of security. This is his trouble and his tragedy. Modern man has become a spectator of world events, observing on his television screen without becoming involved. He watches the ominous events of our times pass before his eyes, while he sips his beer in a comfortable chair. He does not seem to realize what is happening to him. He does not understand that his world is on fire and that he is about to be burned with it."


It may sound overly simplistic for many, but turning from sin and to faith in Jesus Christ is the first step to bringing about the moral transformation needed to catch us up with the science of a nuclear age and its many threats. Furthermore, it will provide us with the wisdom, as well as the character, necessary to deal with a rogue nation like Iran which supports radical Islamic terrorism – traits we are apparently lacking at the present.