September 5, 2016
It rolls around every first Monday in September. It's that day in the year when we pay homage to the dignity and necessity of work. It's that day on the American calendar that special recognition is given to the millions who make up our country's mighty workforce. An irony, perhaps, is that we celebrate Labor Day by dedicating it to rest.

Although we honor labor this time of the year, more often than not we see work as a negative rather than something positive.

Edwin Markham's poem, "The Man with the Hoe," seems to paint the sinister side of toil.


"Bowed by the weight of centuries he leans,
Upon his hoe and gazes on the ground
The emptiness of ages in his face,
And on his back the burden of the world."


Tim Stafford, however, in his book, "Never Mind the Joneses," paints a truer picture of industry. He writes, "Work is not punishment. The story of Adam and Eve tells how God gave the partners work to do while they were still in the garden. True enough, we experience work as frustrating and tedious, since we work in a fallen world. Yet in spite of that adversity, or through it, work pulls us toward personal fulfillment. God knows that we were designed to work. His ideal for his creatures is not perpetual vacation on a beach but a job that challenges our abilities and our strength."

According to the most recent statistics provided by the U.S. Department of Labor, more than 94 million people are currently left out of the nation's workforce. The unemployment rate hangs at 4.9%.

Perhaps the greatest motivation to get our nation's economy moving and putting people back to work again is to appreciate employment for its true utility. It's not simply to keep body and soul together. It's not only for the sake of earning a wage. It's really more about human dignity and worth.

D. Elton Trueblood said it beautifully, when he wrote, "The Christian understanding of the significance of work derives, in large measure, from the central conviction that each human being is actually made in the image of God (Gen. 1:36). Man exists not physically, but functionally, in God's image. We are like Him in spite of our sin and finitude, because He is the infinite Creator and we are finite creators. We are creators because we are born free and consequently able to make a difference. The chief way in which we make a difference is our daily work. By means of toil we can leave the world different from the way we find it. A human is, therefore, both creature and creator, and in this paradox lies much of the meaning of personhood."

One critical principle for promoting and preserving the full benefit of labor is individual enterprise, not economic collectivism, socialistic or communistic principles, that strike at the heart of man's incentive to create and flourish from his work.

Some Christian groups erroneously embrace the latter in the name of Christ and His compassion. And although they may have captured the spirit of Christ in their desire to be helpful toward those who are impoverished, it is not useful if we are to carry people's burdens, pay their debts, and fight their battles for them. Such attempts at helping do considerably more harm than good. Instead, we should offer to train the underprivileged, inspire them with confidence, cheer them, encourage them, impart them with a greater vision and hope, that they might carry their own loads and meet their own struggles.

The story is told of a man who spied a moth struggling to emerge from its cocoon. Feeling bad for the moth's enormous strivings, he took a small pair of scissors and clipped the creature free. The result, however, was not what the man expected. Unfortunately, his well-intended act short-circuited the energy needed for the moth to grow his wings and develop his inherent magnificent colors. Because of his misguided benevolence, what lay before him was a stunted insect with no beauty and no ability to fly.

Henry Drummond, the Scottish evangelist, biologist, and writer of the 19th century, sums it up quite well with his question and answer, "Why should God have provided that so many hours of every day should be occupied with work? It is because work makes men."

Not only does the Bible speak to the nobility of work, but it also instructs both the employer and the employee. Each has responsibilities to meet.

The apostle James in his epistle warns employers for failing to treat their employees justly. He chided them for accumulating great wealth and spending it at the expense of their workers. They were not caring for their laborers, but cheating them. James said, "Behold the hire of the laborers who have reaped down your fields, which is of you kept back by fraud, crieth: and the cries of them which have reaped are entered into the ears of the Lord of sabaoth" (James 5:4). 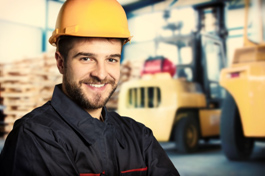 James was saying when someone works for you, God watches to see if they're being treated fairly and He doesn't take injustice lightly.

The apostle Paul told the believers at Colosse, "And whatever ye do, do it heartily, as to the Lord, and not unto men" (Colossians 3:23).

Work is not a curse as some may think. Instead it's something sacred – something necessary to human distinction and purpose. It mustn't be repressed or restrained, but encouraged and aroused. Both the employer and the employee are accountable to God – the employer for his treatment of his laborers and the employee for honest, virtuous, and faithful service.

Every day can be a Happy Labor Day when we are committed to honoring work as God ordained it.