Rev. Mark H. Creech
Rev. Creech's Evangelical voter appeal
Character issue paramount, but should be weighed in the balance of the whole situation, he says 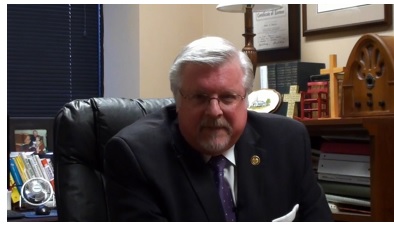 The following is the manuscript from Rev. Creech's video shoot about this year's Presidential election

This year's Presidential election presents a quandary for many Christian conservatives. The choice between the nominees for the Democratic and Republican parties leaves much to be desired. Both candidates obviously have character issues. 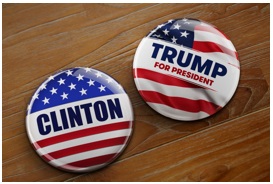 It's a given that conservative evangelicals are overwhelmingly opposed to the election of Hillary Clinton (D). Her "trust factor," the American people's confidence in her integrity, is not only the lowest of any candidate in U.S. history, but her vision and policy proposals for the country are generally anathema to devout followers of Christ.

On the other hand, Donald Trump's (R) candidacy has raised issues of character related to his temperament. The Washington Examiner seemed to sum it up well, saying he certainly seems the opposite of what Christians "aspire to be: vain, self-absorbed, petty, superficial, and profane." Recently, his campaign has been mired down with the revelation of an audio from 11 years ago that recorded him indefensibly speaking in the lewdest way about women.

Many Christians, however, still support Trump despite these flaws, arguing Christians are all about forgiveness. On the campaign trail for Hillary, President Obama has ridiculed this point of view.

"If someone does something terrible...I can forgive 'em, I suppose, if they're sincere about it," said the President, "but I don't want them necessarily leading the country." The President went on to say that it was logically impossible for Christians and Republicans to denounce Trump's behavior, but then still support him for President.

Oddly, President Obama's assertions are quite similar to Christians who make-up the "Never Trump" camp – those who have said that because of Trump's character deficit they will never support his candidacy under any circumstances.

But a worthy question is whether the judgment of a political candidate's character can be justly made in a monolithic manner. In other words, is it enough to consider personal flaws, shouldn't the candidate's political positions also be included as a part of making a character determination?

Hillary Clinton not only has a sordid past rife with deceit, alleged crooked business dealings, covering up and enabling her husband's adulterous relationships, stealing White House furniture, numerous government corruption scandals, associations with radicals like Saul Alinsky, Benghazi, etc., but she also, in addition to all of this, holds egregiously immoral political views.

She is a rabid supporter of abortion. She holds that religious liberty should be subordinate to LGBTQ rights and abortion rights. She says that she would appoint federal judges and justices to the U.S. Supreme Court that would unquestionably undermine our constitution's actual meanings of the First and Second Amendments.

Her proposed policies on terrorism and immigration would put the American people at an economic disadvantage, favor our enemies, and make us more vulnerable to criminal and terrorist activities.

Her economic policies are essentially socialistic in principle and could bankrupt our nation.

All of this goes to character.

Now it's true that Donald Trump exhibits some disturbing and contemptable conduct. Nevertheless, he is the antithesis of Clinton in his politics. Granted, we don't know if Trump will keep his political commitments if elected, but at least faithful Christians have his promise to work to represent their concerns, while Hillary Clinton has clearly demonstrated, as well as promised, that she will oppose what devout believers know is the cause of Jesus Christ.

Certainly in making a decision based on the character of these two candidates, every one of these matters must be factored in.

Conservative evangelicals have always believed morality cannot be separated from law. Legislation is reflective of the character of its proponents, as well as the culture that adopts it. 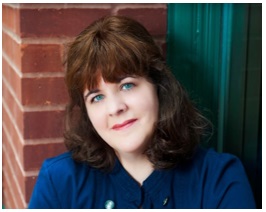 This is why, I suggest, there is no real inconsistency by Christians or Republicans, when in their stress upon character being paramount, they have weighed in the balance the whole of the situation, and decided to support a candidate that is not their ideal, especially when no reasonably electable alternative is available.

Mefferd gives wise counsel for the many Christians now struggling about whether to support Donald Trump on Election Day.

Finally, astute Christians understand that distraction is one of the slyest means of political operatives in diverting people from the real issues of a political campaign.

As an illustration of this point, consider the cowbird.

Scientists say the cowbird is unique in that it lays its eggs exclusively in other birds' nests. But that's the problem. According to Peter Kendell the cowbirds are prodigious egg layers that commonly deposit 20 to 40 eggs in dozens of other nests each Spring, and the cowbird eggs "hatch more quickly than other birds' eggs, and the chicks grow a lot faster."

"Because the birds tend to feed the largest and the loudest of their young first – because they usually would be the healthiest and have the best chance of survival – the host bird spends inordinate time and energy tending to the cowbird," says Kendell.

The tragic result is the cowbird can push other birds, such as songbirds, to the brink of extinction. 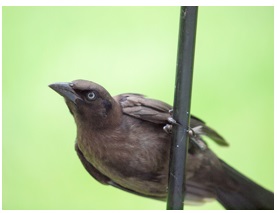 Every Christian that seeks to live an authentic Christian experience knows the way worldly and ungodly distractions can be like a cowbird, intruding themselves into our lives and taking over, essentially causing the near extinction of righteous activity.

In the political arena, something quite similar often happens. Attacks can be made on a candidate that intrude themselves into a campaign and take over – interfering with the electorate's ability to effectively consider those things most pertinent.

Recent attacks on Donald Trump, though they may have some legitimacy, are cowbird eggs deposited by the cowbirds of the Clinton machine, the Democratic Party, Progressives and a Leftists media. Their purpose is to distract and even drive to extinction matters more urgent – subjects of greater consequence for people of faith at this critical juncture in American history.

Issues like Trump's pledge to work to stop the woeful taking of innocent human life while in the womb.

His appointment of the most committed and outspoken conservative evangelical Christian as a Vice Presidential candidate in modern history. Mike Pence's passion for the institutions of marriage and the family, the sacredness of human life at every stage, and the preservation of religious liberty is quite evident.

Trump has promised to appoint Supreme Court justices in the tradition of the late Justice Antonin Scalia. In good faith, he's even provided a list of justices that he would choose from – a list vetted and approved by some of the nation's strongest advocates for a strict constructionist interpretation of the Constitution. 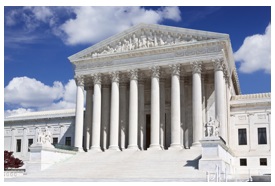 The justices that are appointed by the next President to federal benches around the country and to fill the vacancies of the U.S. Supreme Court will likely decide the direction of our nation for a generation or more.

Trump has also vowed to work toward the repeal of the Johnson Amendment, which unconstitutionally hamstrings pastors and churches today, threatening to take away their non-profit status if they fully engage in the political process. Few things would lend more to increasing the political clout of the church and its ability to positively influence the outcome of future elections than the repeal of the Johnson Amendment.

What is more, Trump summarily rejects the failed economic policies of socialism, which have been slowly grafted into the nation's economy over the decades, and stifled its growth. Instead, he wants to restore those great principles of capitalism and free markets that are squarely based on a biblical worldview.

These are currently the most pressing matters for Christian conservatives, not a bunch of cowbirds that end-up demanding an inordinate amount of our attention, distracting us from that which is of utmost importance.

As many of you know, I did not always support Donald Trump for President. During the Primary season, I wrote four articles unfavorable to his candidacy. I also endorsed another. Still, the reality of the circumstances today is seemingly unalterable. Either Hillary Clinton or Donald Trump will be the next President of the United States.

And if you're a conservative evangelical as I am, and you are hesitant or unwilling to cast your vote for Trump as I have previously been, and, therefore, you plan to skip voting this year, or you plan to vote for a Third Party candidate, or perhaps write in a candidate, let me say, with the deepest respect, you may be seeking to serve your conscience, but you are not necessarily serving your country.

You can vote in good conscience for Donald Trump, I intend to pull the lever for him on November 8th, and I want to encourage my fellow evangelicals to do likewise.