February 25, 2017
Certain lawmakers in the North Carolina General Assembly are in a tizzy to reach a compromise on HB 2 to satisfy the NCAA, and other sports entities. They're concerned North Carolina will lose tens of millions of dollars for several years because these organizations threaten to withdraw their tournaments and games from the state if the measure is not repealed and a sufficient compromise enacted.

Now a number of them are ready to support HB 186 – Repeal HB 2/State Nondiscrimination Policies. Former House Speaker Pro-Tem, Rep. Paul "Skip" Stam says that if the bill passes, "North Carolina will no longer be a place where everyone facing the same circumstance will be treated equally. Instead, special rights will accrue to those claiming 'sexual orientation' and 'gender identity'.... These rights will be used to browbeat their neighbors into submission."

The result will not create the desired reset for the state to return to where it was before the passage of Charlotte's egregious ordinance – the ordinance that necessitated the state General Assembly's passage of HB 2. Instead, it will mostly provide new ground for LGBT groups and erect serious hurdles for citizens that will be negatively impacted by this politically correct form of government intrusion.

These lawmakers bent on compromising on HB 2 remind me of the man who was driving his brand-new BMW at a high rate of speed. He drove onto an overpass with a sharper curve than he expected. His car spun out of control, and he realized that there was no hope of keeping the car from going over a steep embankment. At the very last moment, he opened his car door and bailed out. Unfortunately, he caught his arm on the door. His arm was torn from its socket as the car and his detached arm flew over the embankment and burst into flames below. The man ran to the side of the embankment and mourned his loss.

A trucker approached who had seen the tragic accident. He stopped his rig and ran up to the man. The trucker could hear the man lamenting the loss of his expensive car: "Oh, my car, my car, my car, my brand-new BMW!!!!"

The trucker grabbed hold of the man and said, "Hey, mister, I've got to get you to the hospital right away. You've got more than the loss of a car to be concerned about; man, you've lost your arm!!!"

The man then looked down at where his arm had been. He looked back at the trucker in absolute horror and screamed, "Oh no, Oh no, Oh no, I've lost my Rolex."

Only those whose priorities are seriously misguided would believe collegiate sports and any fortune that might come from them are as important as our citizens' fundamental rights to privacy, dignity, safety, and full religious liberty. There is no amount of money or wealth that can equal or trump these rights. Any compromise of these is essentially the loss of them. It's like saying the loss of an arm or leg is comparable to the loss of an expensive new car and a Rolex watch.

THESE LAWMAKERS ARE BEING FOOLISH!!! And this most recent proposal, HB 186, is foolish too!!!

Here's some of what's wrong with the proposed measure: 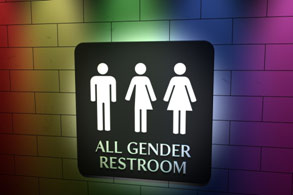 I suggest HB 2 is the best compromise already – a common sense approach to balancing indispensable rights that must be scrupulously protected by the state with the rights of the private sector.

In Exodus chapter 18, Moses was encouraged to select leaders from among the children of Israel "who fear God, are trustworthy, and hate covetousness...." Covetousness is an inordinate affection for money, wealth, or gain.

God help us. Some Republicans and Democrats in North Carolina are showing that they are unworthy of the high calling God has given them to lead.