Rev. Mark H. Creech
What's been lost in the repeal of HB 2, as I see it 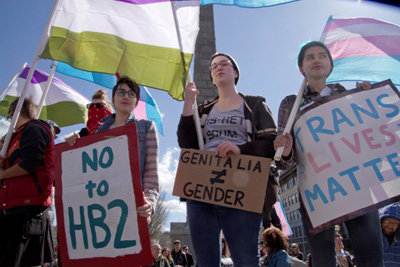 Thursday, the North Carolina General Assembly repealed the controversial HB 2, commonly known as the "bathroom law." Lawmakers had been under horrendous pressure from Left-leaning influences since its passage more than a year ago.

The repeal was not straight-up, however. It was touted as a compromise. And though some people on both sides of the issues represented in HB 2 may claim victory, compromises typically also represent partial defeats. This means, at least for the moment, supporters of HB 2 have suffered losses.

Here's what's been lost in the repeal of HB 2, as I see it.
In a great crisis of Martin Luther's life, when he was standing firmly and alone for a conviction that he refused to surrender, the Protestant reformer was furiously met with a powerful opponent. "Do you realize," asked the opponent, "what you are doing and what powers you are defying?" Luther's adversary further taunted him, saying, "Surely you don't expect any force worth mentioning to take up arms and defend you."

"No, I think not," Luther replied meekly.

Luther then answered in words that went to the very heart of things, "I shall be where I have always been – in the hands of Almighty God."

This has been the heart of the HB 2 matter, in my humble opinion. Our state stood out as a bright beacon for the entire nation, even the world, because we did the right thing. Our case was never really in the hands of the NCAA, celebrities, corporate groups, equality activist organizations, a Leftist media or Progressive courts; it was in the hands of an Almighty God.

Perhaps the greatest loss may be that we preempted God's help and took matters into our own hands before his deliverance arrived. 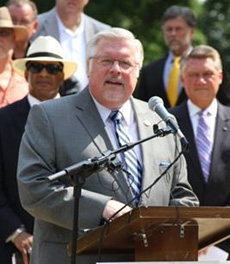 Some Republicans who voted for repeal, vehemently argue they did so for reasons of strategy. Perhaps they're right. Time will either prove or disprove the wisdom of their strategy. But for whatever its worth, I've never believed giving up ground is the means for gaining more of it.

This is why I believe much adulation should be given to those stalwart Republicans who unwaveringly held the line. Ten stood fast in the Senate. Thirty-three wouldn't budge in the House.

Their position was best characterized in Senator Dan Bishop's (R-Mecklenburg) remarks on the Senate floor. Bishop said the bill which replaced HB 2 was "at best a punt...at worst a betrayal of principle."

Perhaps the Lord will save us yet, because of the faithfulness of Bishop and the others like him.

Perhaps the Lord will save us yet, because whether principled or unprincipled in our actions, he knows that we are but flesh and relishes in demonstrating his grace.