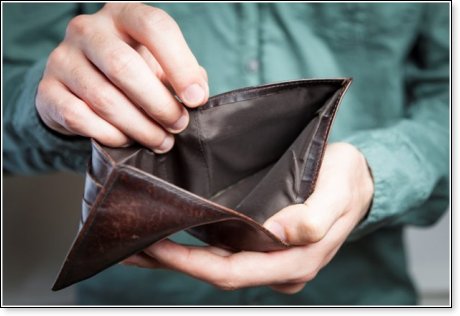 A prominent CEO in real estate services and investment management, a business leader and tremendous philanthropist in Raleigh, North Carolina, posted something on his Facebook page recently that garnered my attention.

He then proceeded to name what he called "devastating robbery schemes" that prevail in the country. Several of them were of particular interest, some of which might be categorized under "Government Entitlements" and "Vice."

In his list, he argued that a primary culprit of the nation's impoverishment was
"[e]ntitlement programs that reward and reinforce poverty and dependency."

During the administration of former President Lyndon Johnson in the 1960s, America set out to eradicate poverty and create what Johnson called "The Great Society." Charles Murray's book, Losing Ground, is considered by many as the classic study of these government programs, and the book advanced a vexing but accurate thesis concerning them. They were too expensive and mostly counterproductive.

In 1988, The Economist noted that less than 1 percent of the poor in America were couples who had finished high school, gotten married, remained husband and wife, and kept a job for at least a year. It was the incentives introduced during the 1960s and carried on through the following years that made it improbable that people would see this kind of responsible behavior as the most favorable chance for escaping poverty.

Alexis de Tocqueville, the famous French philosopher, who came to this country in 1830 to discover the secret of its greatness, warned: "America will last until the populace discovers that it can vote for itself largesse out of the public treasury." "Largesse" is simply a term meaning "vote for themselves gifts or handouts."

Much of the country has discovered this with a vengeance. Politicians use it as a means of buying votes by giving away taxpayer money. Nevertheless, these entitlement programs through the decades have produced more of what they sought out to cure. Such an approach to lessening poverty hasn't worked and doesn't work.

"The welfare state creates a desire in people to take advantage of public money. Those on welfare will expect to be cared for and will even want more money. Those not on welfare will grow envious and desire, if not to be completely supported, to be helped for their own selfish ends. The few who work will become discouraged. They will see work as unnecessary or undesirable for earning a living. When people no longer desire to work or to work hard, the whole system will collapse."

Moreover, before these entitlement programs were so abundant, men and women were led to marry and the husband entered the job market. But now people can seek modest economic security outside the institution of marriage.

Thus came family instability and a remarkable increase in out-of-wedlock births, and with all of this came the pathologies that deeply affect children born without a mother or a father, most profoundly those without a good father, producing rampant crime, alcohol and drug addictions, etc.

That's the other category suggested by the Raleigh CEO that exacerbates poverty: "Vice." In his Facebook page post, he wisely condemns "casinos," "online gambling," "lotteries in every state," "pornography addiction," and "drugs, alcohol, and nicotine addiction."

"Everything listed above is sucking cash out of the pockets of all the participants in these activities, mostly the poor. They are all capable of destroying people and communities, and as history has taught us, even countries," he says.

Researchers with the Government Accountability Office (GAO) tell us that the estimated varying annual costs of crime included totals as high as $3.41 trillion adjusted to 2016 dollars.

The Center for Christian Ethics at Baylor University reported the annual social cost for each pathological gambler in the U.S. is $9,393. Indeed, with the spread of various forms of gambling from state to state, the ranks of gambling addicts are continually growing.

VeryWellMind.com, a website with documents provided by hundreds of healthcare specialists, reports: "The estimated cost of drug abuse in the United States – including illegal drugs, alcohol, and tobacco – is more than $820 billion a year and growing."

The Public Discourse, which is the journal of the Witherspoon Institute, in a collection of papers reports that studies show pornography use undermines marital and other intimate relationships. Thus, pornography is another contributor to the destruction of the home, which is a necessary bulwark against poverty.

What's producing so much of the poverty and income equality? Voila!

"Regulations and capital policies cast a heavy net that catches everyone and causes an inevitable and unstoppable stir. Here is what works: Changing hearts and minds with transformative education to create character. This will move the needle. It starts in basic primary through high school education and then continues throughout life. It is the only viable path to the cultural change needed to reverse increasing income inequality."

Although the following are my own words, and not the CEO's, allow me to simplify.

Government is not the answer to an impoverished life; God is!

There is nothing as pitiful as a life that knows little or nothing about God's character and His requirement that we reflect His in our own.

Patrick Henry, best known for the words "Give me liberty or give me death," summarizes this point in his last will and testament, saying: