Rev. Mark H. Creech
Why are so many Americans ready to trade away their freedom? 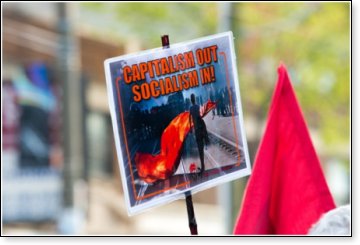 Of course, the highest profile candidates among Democratic Socialists were congressional aspirants Alexandria Ocasio-Cortez of New York and Rashida Tlaib of Michigan.

Only a few days ago, an article in The Guardian, titled "We're Here to Win: U.S. Democratic Socialists Move to Center Stage, reported:

"Nearly 100 democratic socialists now hold elected office across the country, from school boards to state legislatures and Congress, where Ocasio-Cortez and the Michigan congresswoman Rashida Tlaib have become avatars of an emboldened leftwing insurgency. The Vermont senator Bernie Sanders, whose popularity has helped soften public perception of socialism..., is a top-tier candidate for the 2020 Democratic nomination."

There is no question Democratic Socialists are pressing the Democratic Party to adopt their positions.

When I consider the DSA and the way their ranks have significantly expanded in a few short years. It makes me wonder why so many Americans at this point in our history are prepared to trade away their freedom.

The primary reason, I think, is that so much of our nation has abandoned God. Freedom is an intensely spiritual thing, and to divest it from God and his sovereignty is to invite devastation and tyranny.

The Old Testament (I Samuel 8) records the story of the Hebrews' rejection of God's sovereignty over them. They no longer wanted to take direction from God as they had previously done through prophets like Samuel, but they wanted a king. They trusted in their own wisdom and their own organization rather than in God and his Word. They thought the security and protection of a king would make life easier and free. They sought their security from the government rather than trusting in the Lord.

This decision proved disastrous, just as they were warned it would. The result being the Hebrews suffered under the oppression of a centralized government. They were forced to pay higher taxes to support the king and his court. Their children were put into the service of the king. Over time, the family unit and its connections to society suffered significantly. Eventually, their social order collapsed, the kingdom was destroyed, and all of this because of their rebellious hearts, and because they thought they could get something for nothing.

I suggest much of America today in its rejection of God fails to recognize that socialism is terribly inconsistent with the teachings of Holy Scripture. In pursuit of security devoid of trust in God and a life that costs little or nothing, socialism becomes no more than a mirage of hope because of its inherent rejection of fundamental truths.

Socialism rejects the need to mitigate the effects of human sin by dispersing and decentralizing power. Instead, it facilitates the concentration of economic and political control to an elitist group. It rejects the inalienable right to private ownership of property as validated in the Eighth Commandment. Neither does it accept the Bible's teaching concerning the limitations of human wisdom.

Capitalism acknowledges and adheres to these biblical truths. It is a free market economy and limited constitutional government that best impedes granting trust to any one person or group with vast amounts of power over others. It recognizes private ownership is the best buffer against such focuses of power. Moreover, it understands human weakness and contends there are no elitist planners wise enough to judge the future, set prices and control production, in something as complex as an economy and in a manner that works best for everyone at all times. In a free market, these decisions are spread across a system made by countless economic negotiators and representatives.

Although there can be complications with a free market, such problems are best solved by benevolent business practices consistent with freely loving one's neighbor as oneself, and the encouragement of competition uninhibited by government interventionist policies.

Capitalism is not merely the American way, it's the biblical way.

Thomas J. Woods, in his book The Politically Incorrect Guide to American History, notes how one Marxist had second thoughts about his commitment to that system. He wrote:

"One of the great twentieth-century historians of the American South, Eugene D. Genovese, was an open Marxist for much of his career, going as far as to declare in 1965 that he would 'welcome' a Communist victory in Vietnam. By the 1990s he was having second thoughts. In a 1994 article in Dissent, he discovered left-wing cover-ups of Communist crimes and explored the relationship between leftism and totalitarian horrors to which Marxism had given birth. 'Having...scoffed at the Ten Commandments and the Sermon on the Mount,' said Genovese, 'we ended a seventy-year experiment with socialism with little more to our credit than tens of millions of corpses.'

"According to Genovese, mainstream liberalism had provided indispensable support to people like himself: "[H]ow could we have survived politically were it not for the countless liberals who, to one extent or another, supported us, apparently under the comforting delusion that we were social reformers in rather too much of a hurry – a delusion we ourselves never suffered from.'

"'The horrors,' Genovese explained, 'did not arise from perversions of radical ideology but from the ideology itself. We were led into complicity with mass murder and the desecration of our professed ideals not by Stalinist or other corruptions of high ideals...but by a deep flaw in our understanding of human nature – its frailty and its possibilities – and by our inability to replace the moral and ethical baseline provided by the religion we have dismissed with indifference, not to say contempt.

"In 1996, [Genovese] reentered the Catholic Church, which he had left at age fifteen." 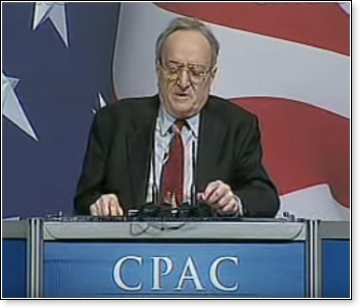 What's the most significant reason for the disillusionment by so many Americans with the high ideals that made this country the freest and most prosperous in the world? It may sound like an oversimplification of the matter, but the answer boils down to either a desecration or outright desertion of the Christian religion. Either way, liberty is traded away.