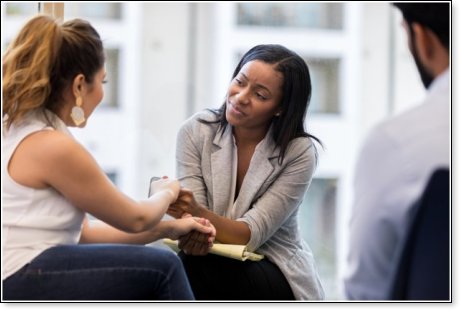 There is a story (supposedly true) concerning a preacher who read about a character in the Gospels called "Simon the Leaper." He imagined all sorts of things that this leaper character might have done – leaping from mountain to mountain, hill to hill. And he preached a sermon on it. Then someone brought it to his attention that the man's name was "Simon the Leper." To which the preacher replied, "I don't see the need to throw away a good sermon just because of a difference in pronunciation."

If that sounds preposterous, allow me to tell you a similar story that is unquestionably true. The first two sermons I ever preached were during an evangelistic event in my hometown. Most of the people who came to the meeting, however, were fellow church members and supporters. I was only 15 years old with God's call on my life, still a babe in the Lord, but on fire for Christ.

In my second sermon, I preached about Christ's Passion, and I told the audience that night about the "scorching" of Jesus. Uh huh, that's right. Never mind the fact that the Scriptures say that Jesus was "scourged" and not "scorched." I imagined all sorts of things and explained the way I thought the Romans might have done it. They burned him with a hot iron. They put heat to him in some way. They "scorched" him, I vehemently proclaimed.

I never once knew my error until I discovered it on my own while having my private devotions two years later.

When I learned of my grievous gaffe, it brought me to tears. It wasn't so much my embarrassment that produced my emotional response (although I was mortified); instead it was the loving way people reacted to my blathering blunder. None of them ever said a word to me about it. They knew what I had done, but they didn't want me to become discouraged. That evening everyone was too busy telling me that I was going to be the next great Billy Graham.

If people had scoffed at my ignorance, I was so tender at the time it might have overwhelmed me to the point of quitting. The Lord, however, knew my nature and graciously hid the lapse from me until I was mature enough to handle it. Moreover, if my church family and Christian friends hadn't been committed to encouraging me....well???? I certainly wouldn't be able to laugh at myself about it today. Nor would I be writing about it.

Although I most certainly didn't turn out to be the next Billy Graham, I rejoice in the place God assigned to me and the victories gained therein for the Kingdom, none of which would have occurred, were it not for those who believed in me and thought that God could use someone as weak and unknowing as myself.

I Thessalonians 5:11 admonishes: "Therefore encourage one another and build one another up...."

I'm not arguing against ever correcting or rebuking someone. There is a time and a place for speaking harshly. Nevertheless, let's not forget the vital role of encouragement.

Garret Kell, the lead pastor of Del Ray Baptist Church in Alexandria, Virginia, has eloquently said that encouragement is like oxygen. "It keeps hearts beating, minds clear, and hands inspired to serve."

Have you made a big mistake lately? Did you do something really stupid?

Perhaps you committed a gross sin, and the guilt is weighing heavily on you.

Be encouraged. You are precious to God. God's grace is much greater than all of our sin. We need only to turn away from our transgressions, turn in faith to Christ, and trust him for forgiveness. If amends are needed, then we should recompense where possible.

Be encouraged. Whatever error made, whatever the wrong committed, God's kindness and mercy can make it work for good. He can use the flames of failure so what is dross in our lives can be purged and what is gold can be refined.