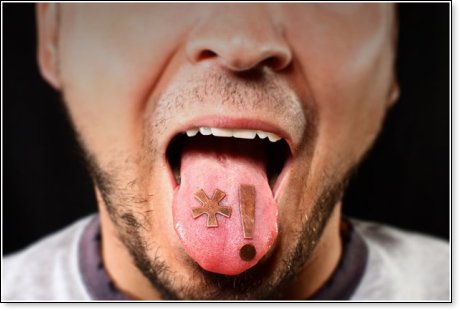 A few weeks ago, an antique dealer pulled me aside at his place of business and said, "I've got something special you ought to see." He then showed me two binders of each edition of The Sunday School Times for the years 1944 and 1945. Established in Philadelphia, the publication was published from 1859-1966. The two binders, with their amazingly rich Christian content, which I readily purchased, had a short article that captivated my attention. It was titled "A Stop Cursing Campaign."

The campaign described in the article offered a four-color poster, 17 by 24 inches, showing General George Washington astride his famous white horse, and containing an order addressed to his troops. It read:

"The General is sorry to be informed that the foolish and wicked practice of profane cursing and swearing, a vice heretofore little known in an American army, is growing into a fashion. He hopes the officers will, by example, as well as influence, endeavor to check it, and that both they and the men will reflect that we can have little hope of the blessing of Heaven on our arms, if we insult it by our impiety and folly. Added to this, it is a vice so mean and low, without any temptation, that every man of sense and character detests and despises it."

The Stop Cursing Campaign, which at that time was based in Charlotte, North Carolina, was providing these posters, as well as postcards with the same picture of Washington and a pledge card with the heading, "LET'S STOP CURSING." Included was a mimeographed sheet containing "Suggestions for Setting Up a Stop Cursing Campaign."

These materials were being provided free to thousands of military chaplains who were ordering them during World War II. The posters were being placed in Army camps, airfields, hospitals, Naval bases, and other centers without charge. Additional uses were being found for them in an effort to clean up much of the nation's foulmouthed language during one of its most stressful periods.

Unfortunately, in today's climate, profanity is hardly given a second thought. We're all so accustomed to it. And it isn't only used when we're stressed. It's now become mainstreamed and exercised as a part of our daily conversation.

In an article not so favorable to our practice of potty-mouth, Monica Corcoran notes the results of a study provided by the advocacy group The Parents Television Council, titled "Habitat for Profanity." Corcoran's piece, which was published in Elle magazine in 2013, said that between the years 2005 to 2010, the PTC found the use of a muted or bleeped F-word had jumped 2,409 percent.

More recent research by PTC reveals the use of profanity is still terrible. Accordingly, there was "sixty-two percent more profanity total, on programs rated TV-14 in 2017-2018 than in 2007-2008."

In The Atlantic, Stephanie Hayes' article "Guide to Swearing" highlights the hugely successful film "The Wolf on Wall Street," where over the course of three hours, the film's characters utter the F-word and its derivatives more than 500 times.

If media is a reflection of the heartland as so many have contended, then America's heart is filthy.

In defense of their profanity, some will point to studies that argue using expletives is a good thing. But Hayes rightly contends the science is mixed. One study says it helps with enduring pain, while a follow-up study says that those who swear habitually experience little to no relief. Some research has noted that cursing helps facilitate bonding and the boosting of morale among employees, but another study shows the use of profanity can keep one from scaling the corporate ladder because it makes a person look incompetent. Additional inquiries claim that when politicians pepper their sentences with swearwords to a friendly audience, they can seem more persuasive, but it also has just the opposite effect with a skeptical audience.

Profanity, cursing, cussing, swearing, using colorful language, whatever it's called, whether breaking the Third Commandment not to use the Lord's name in vain, or merely the use of seemingly smaller less harsh language fraught with vulgarity, all is prohibited by Scripture.

Colossians 3:8 instructs, "But now you must also rid yourselves of all such things as these: anger, rage, malice, slander, and filthy language from your lips." Ephesians 4:29 reads, "Do not let any unwholesome talk come out of your mouths, but only what is helpful for building others up according to their needs, that it may benefit those who listen."

One author called the pall of crudity that currently hangs so pervasively in the air "Hear Pollution." Bob Greene of the Field Newspaper Syndicate spoke of swearing in this way:

"Obscenity, the open use of which used to be a mark of lower social strata, has somehow become acceptable in everyday conversation for everyday people.

"And yet, I am offended – not out of a sense of morality or prudishness – but because foul language use casually in public comes close to the idea of a violation of privacy. I know that there are some around who feel assaulted by hearing it. I chose that word very carefully; certain language is an assault on the senses.

"Those who disagree are probably saying, 'after all, its only words.' But words are vehicles; they convey messages. And to some people, the message of profanity is a message of ugliness and aggressiveness and a disrespect for civil behavior. 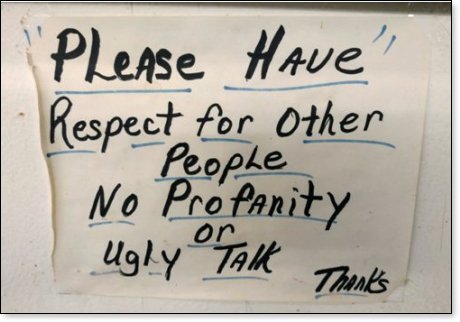 "This practice is usually defended under the name of 'freedom.' But whose freedom is it? If the language of ugliness becomes so much a part of our society that it is impossible to escape no matter where one turns, then who is free and who isn't?"

By examining a person's tongue, a physician can determine a great deal relating to an individual's health. The apostle James indicated something of the same about one's spiritual condition, saying:

"The tongue also is a fire, a world of evil among the parts of the body. It corrupts the whole body, sets the whole course of one's life on fire, and is itself set on fire by hell" (James 3:6).

The article about the "Stop Cursing Campaign" in The Sunday School Times concluded:

"While swearing is only one of the evidences of man's sinful heart, which needs to be made new through the power of Christ, yet this plan to curb this all too prevalent and evil habit is a step in the right direction."

No doubt, America could use another "Stop Cursing Campaign." It would certainly be a step in the right direction to free us from what has become an uncouth, loutish, boorish, coarse society.