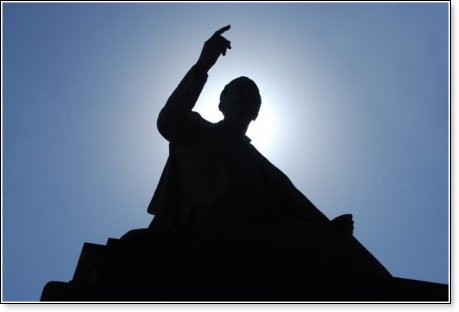 More than thirty years ago, Christian author W. Phillip Keller, in his book Predators in our Pulpits, wrote an indictment of most preachers today. He declared:

"Pastors, ministers, evangelists, and teachers are so eager to be liked by their congregation, so keen to be popular with their parishioners, so determined to be accepted by their society that they refuse to cry out against its evils as did the prophets of old. They live in abject fear of being despised or rejected of men as was the Master. They will go instead to great lengths to insinuate themselves into society in order to be 'one of the good old boys,' hail, well-met, and having achieved a rapport with the world around them."

Then there are those faithful few who understand their calling, who know as Vance Havner said, "A true servant of God is best measured not by how many bouquets have been pinned on him, but how many bricks have been hurled at him." These clergies are keenly aware that when they appear before the Almighty, he'll not look for medals but scars.

"Heavenly Father, we come before you today to ask your forgiveness and to seek your direction and guidance. We know your Word says, "Woe to those who call evil good," but that is exactly what we have done. We have lost our spiritual equilibrium and reversed our values. We confess:

"We have ridiculed the absolute truth of Your Word and called it pluralism.

"We have worshipped other gods and called it multiculturalism.

"We have endorsed perversion and called it an alternative lifestyle.

"We have exploited the poor and called it the lottery.

"We have rewarded laziness and called it welfare.

"We have killed our unborn and called it choice.

"We have shot abortionists and called it justifiable.

"We have neglected to discipline our children and called it building self-esteem.

"We have abused power and called it politics.

"We have coveted our neighbor's possessions and called it ambition.

"We have polluted the air with profanity and pornography and called it freedom of expression.

"We have ridiculed the time-honored values of our forefathers and called it enlightenment.

"Search us, Oh God, and know our hearts today; cleanse us from every sin and set us free.

"Guide and bless these men and women who have been sent to direct us to the center of your will. I ask it in the name of your Son, the living Savior, Jesus Christ.

Wright's prayer wasn't heard merely in the Kansas Senate Chamber that day, but around the country. And it's been more than thirty years since we've heard anything quite like it since.

That is, until a couple of weeks ago, when another good soldier of the Cross stood before the Virginia legislature, and like his predecessor, Joe Wright, better still like the prophets of old, called out that body. 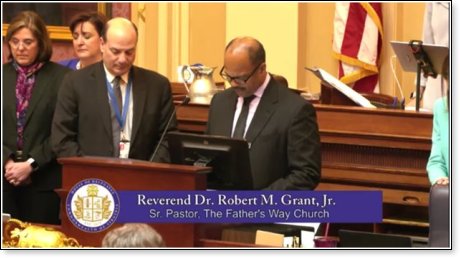 "I pray that both sides [Democrat and Republican] will put down their own selfish ambitions and need for importance and do their job and stand for what is right in the sight of God... These are crucial times that we are living in. The average citizen of our great state wants our elected officials to look beyond their personal ambitions and create bills and laws that are sensible, equitable, and sustainable. Real common-sense laws.

"I pray that we do not provoke God's anger by making laws that can destroy the fabric of this great state and our wonderful country. God is love, and God is merciful. God is holy, and God is also judgment. Please do not provoke his anger and bring wrath upon this state by what you create as law. Biblical history is very clear. His wrath upon the earth is documented. We are not exempt... If He does not grant us mercy for the atrocities that are being done, we will eventually encounter the judgment of Almighty God, and may the Lord have mercy upon us all.

"I pray that you may understand that all life is precious and worthy of a chance to be born. God is a giver of life, and people have no right or authority to take life. The unborn have rights, and those rights need to be protected. They should never be denied the right to exist, the right to develop, or the right to have a family. The word of God has given us a warning – woe to anyone who harms an innocent child.

"I pray that this Chamber will uphold the Virginia family, that the bills and laws being passed will always protect the biblical, traditional marriage that God instructed the first man and the first woman in the Bible – that the two shall be one flesh – that a man and a woman shall be fruitful and multiply. We should never rewrite what God has declared... Without laws to protect traditional marriage, Virginia would be reduced to increased fatherless children, and welfare victims, and homelessness tax burden to us all."

Grant's prayer included other petitions having to do with racial inequality in prison sentences and prison reform for non-violent crimes. But it was undoubtedly his waxing prophetic about self-serving politicians, legislating without common sense, disregard for the ways of God, and support for abortion and non-traditional views on the family, which drew ire from its hearers. Some walked out, while the Speaker of the House gaveled down the prayer, preventing Grant from even saying, "Amen."

I am quite satisfied, however, that God himself said, "Amen," and heaven thunderously applauded.

Keller wrote something else in his book worthy of mention here. He said:

"On every hand, we have people calling out for us to condone corruption in our world. We are told to be tolerant of others in a multicultural society, even if their beliefs and behaviors bring us down into destruction. We are urged to wink at wrong and sweep subversion under the carpet of contemporary broadmindedness, while all the while we teeter on the cliff's edge of anarchy."

In a sense, the clergy serve as prophets – the voice of God in their age. The pulpit is the place of the national conscience. What good is Nathan, if he will not speak truth to the king? What use is the black and white uniformed referee, if he doesn't call the penalties according to the book? Prayers are not meant to respect audiences, but to call upon an audience to show the proper respect for God.

Time will ultimately vindicate great men of God who demonstrate spiritual integrity. May the tribe of Wright, Grant, and others like them, increase.

"Yes, O Lord, show us grace and mercy. Give us more preachers like these men."