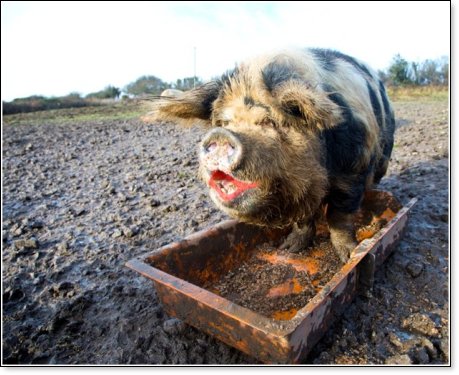 During the 1980s, North Carolina's U.S. Senator, the late Jesse Helms, wrote an interesting article about America's drift from her religious and political moorings. Helms wrote at that time something powerfully astute. He said, "It is debatable at just what point the United States began to drift away.... But I think we reached that point when many Americans turned away from the idea of salvation through Christ to that of salvation through technology or science or material affluence or the welfare state."

Helm's statement is at the heart of the legitimate assertion that Socialism is anti-Christian. As early as 1917, Charles R. Erdman, a professor at Princeton Theological Seminary, said that Socialism is defective in that it places the physical above the spiritual needs of humanity. Erdman wrote:

"It insists that better social conditions will produce better men; Christianity teaches that better men are needed to produce better conditions. Socialism seeks to elevate individuals by elevating society; Christianity contends that society can be elevated only by the regeneration of individuals. To secure such regeneration is the supreme effort and function of the Church, and its chief message to Socialism is that 'life is more than meat and raiment.' To those who are crying for equality and opportunity and improved material conditions and fondly dreaming of a new age of universal plenty and comfort and happiness, the Church repeats the divine message, 'Ye must be born-again.'"

Last summer, Julie Roys, who is the host of a national talk show on the Moody Radio Network called "Up for Debate," wrote an op-ed piece for the Christian Post, rightly arguing that Socialism is based on a completely materialistic worldview.

"To socialists, suffering is caused by the unequal distribution of stuff – and salvation is achieved by the re-distribution of stuff. There's no acknowledgment of spiritual issues. There's just an assumption that if everyone is given equal stuff, all the problems in society will somehow dissolve.

"This worldview contradicts Christianity, which affirms the existence of both a material and non-material world – and teaches that mankind's greatest problems are spiritual. The Bible says the cause of suffering is sin, and salvation is found in the Cross of Christ, which liberates us from sin. Because of sin, though, there will always be inequalities in wealth. As [Christ's] parable of the talents shows, those with good character tend to accumulate more; those with bad character [are more subject to] lose everything they have. Yet, even if we are unable to accumulate wealth [especially in situations beyond our control], Christianity teaches that we can still have an abundant life. That's because the quality of life is not determined by how much stuff we have, but by our relationship to Christ."

The late world-renowned evangelist, Dr. Billy Graham, in discussing man's hopes of self-salvation used to say that you can scrub a pig, sprinkle Chanel No. 5 on him, put a ribbon around his neck, and take him into the most exquisite palace in the land. But when you turn him loose, he will jump into the first mud puddle he sees. Why? Because even though he may be wearing lipstick, he is still a pig. That's the pig's nature.

You may think this is a pessimistic way to look at life or the prospect of self-improvement. But it's not at all. Christians are not pessimists. It's just that we know where real hope is found. We understand that every effort, whether it be personal or corporate, that leaves out the Savior of the world, Jesus Christ – that doesn't make God central to the need – is no solution but just lipstick on a pig.

Whether it be education, or science, or psychology, or any kind of social planning pursued that is without the redeeming and regulatory touch of a benevolent and gracious God, it is nothing but lipstick on a pig.

And that is why, I say, Socialism is just lipstick on a pig.

We should beware of earthly utopian visions. The Scriptures reject them as untenable because of the brokenness of humankind's sinful nature. The Bible resoundingly declares that Christ, and Christ alone, is the Savior of the world and not the government.

Some who embrace Socialism and promote it may be well-intended, but by nature, it is thoroughly anti-Christian and will bankrupt body, soul, and country.

This editorial is developed from a few excerpts of a speech by Dr. Mark H. Creech, titled: "Socialism: Lipstick on a Pig."