Rev. Mark H. Creech
My vision a year ago of the current coronavirus crisis 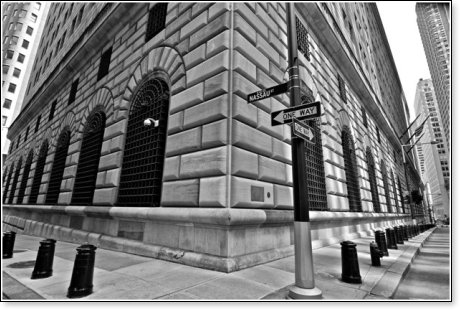 Many who know me, and regularly follow my writings, remember a report from me about a health scare that I suffered in July of last year. After finishing a speech at an Independence Day celebration in downtown Yadkinville, North Carolina, I became slightly confused, my blood pressure and sugar spiked, and my speaking was a little slurred. Police and paramedics coaxed me into an ambulance and rushed me to Baptist Hospital in Winston-Salem for fear that I might be having a stroke.

The diagnosis was complicated. One doctor said that I was simply overheated. Another said it was a Transient Ischemic Attack (TIA). Still, another thought it was Transient Global Amnesia (TGA). Whatever the case, I am doing quite well now and thankful to God for his mercies.

Perhaps the most bizarre part of the experience was a moment when I saw something which I have always thought must have been a hallucination. While standing on the sidewalk and gazing down the street, I saw the town of Yadkinville seemingly abandoned. The stores were shuttered. There were no cars, nor could one hear the typical noises of a busy municipality. Present were no people anywhere and everything was grey with only a tinge of color, making what I saw considerably eerie.

Approximately a week ago, I stood and looked out my office window in Raleigh, and saw my location essentially the same way, except this time it was real. The businesses were shuttered. The streets were empty, and with everyone sheltered in place, there were no people present. Suddenly, that same eerie feeling I had nearly a year ago in Yadkinville washed over me again, and I knew that I had seen this before. I knew that God had given me a glimpse of this pandemic beforehand. What I experienced, which was attributed to a mini-stroke, wasn’t a hallucination but a vision of things to come.

I have had similar extraordinary experiences of this nature in my life, each one profound in its effect on me. These experiences, which on occasion I have shared, also proved to be of great help to others. And each experience was never based in some personal revelation, but only highlighted and accentuated something which was already taught in God’s Word.

I am learning that God can speak in this way to me and others. Do not the Scriptures say, “And it shall come to pass in the last days, saith God, I will pour out of my Spirit upon all flesh: and your sons and your daughters shall prophesy, and your young men shall see visions, and your old men shall dream dreams” (Acts 2:17)?

I’ve been speculating a great deal lately about what the COVID 19 worldwide health crisis might mean today.

I’ve thought about the passages in Revelation, chapter 6, verses 7 and 8, which prophecy of the fourth horseman of the apocalypse. It says the horseman rides a pale horse named Death, and Hades follows after him. The rider is given authority over a fourth of the earth, to kill by the sword, by famine, by plague, and by the wild animals of the earth.

The passage is a difficult one. The Latin Vulgate translates “a fourth of the earth’ as “over the four parts of the earth.” It’s also hard to understand whether the wiping out of a quarter of the earth’s population via war, famine, pestilence, and wild animals is a single futuristic catastrophe or recurring geographically limited judgments throughout history.

But it’s that part of the text where it links the pestilence described with wild animals that seems so pertinent to our current circumstances. It isn’t likely that people around the globe would encounter a concerted attack from lions, tigers, and bears. Some scholars think the wild beasts could be symbolic of despotic rulers, who, like wild beasts, spring up to plague all of mankind.

Nevertheless, there is one other consideration. The coronavirus is said to have come from bats in Wuhan, China. Could it be that we are being forewarned of a time when infectious animal-borne diseases will cover a significant portion of the earth, bringing with it the judgment of death and hell?

Again, I’m only speculating. Still, it can be asserted that humanity has seen this kind of thing before. We know rats carry disease. Their fleas helped spread the bubonic plague that killed a third of the population of Europe during the 14th century. There are further examples in history. 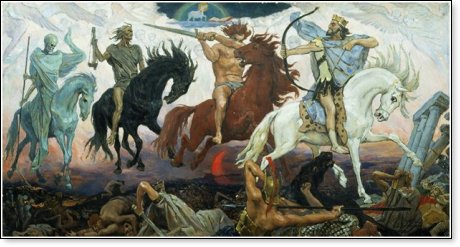 Don’t misunderstand me. I am not saying that COVID 19 is the fourth horseman of the apocalypse. I don’t know. But, what I am saying is that the present situation has all the dynamics for a disaster that could touch off circumstances that would precipitate or be accompanied by global war, famine, and pestilence connected to animal life. And if that isn’t a sobering thought for each of us, I don’t know what it would take to wake people up.

Knowing now that God showed me this pandemic in a vision makes the current state of affairs all the more real to me. It intensifies what I genuinely believe ought to be questions of weighty spiritual concern for each of us.

Think about it. What happened, COVID 19, has pushed the pause button on the entire world!!! It doesn’t appear to be something that is simply the result of a fallen planet. It is providential!!! It is consistent with the way God has spoken throughout history when humanity collectively flips Him off!!!

The current pandemic is showing us how overnight something apocalyptic in nature can quickly happen – the global economy shaken – the stripping of civil liberties by power-hungry elitists or a despot. This is possibly very much like a birth pang, the beginning of sorrows, a rehearsal for what could be coming, and all the more reason to pay close attention.

God has forewarned of these matters in the Bible over and again. And if we don’t earnestly seek Him during a time such as this, if He doesn’t get our attention in a way that leads to repentance and faith in His gracious offer of redemption in Christ, there is nothing left in front of us but judgment and hell.

It seems that God is also speaking to his church, calling on his people to examine where regret, contrition, sorrow, and change are appropriate. We’re not to go back to business as usual. Our obedience or disobedience will be witnessed on every continent. The future could hold either ruin or revival. How we respond can make the difference.

I’m going to advocate something without equivocation. What is taking place is a God-thing. Science can’t fix all things, nor can it explain all things. Some variables exist materialistically, physically, politically, and spiritually that could make the current situation better or worse. Only God knows, and He is in control. So, you would be wise to get your house in order by making sure everything between you and the Almighty has been made right.

I don’t suggest this course of action because I became convinced I had a vision. What I saw (and I have spoken the truth), only stresses and heightens the message that God has been sending to the masses for generations. And it is a message that has never been more pertinent: “Prepare to meet thy God” (Amos 4:12).